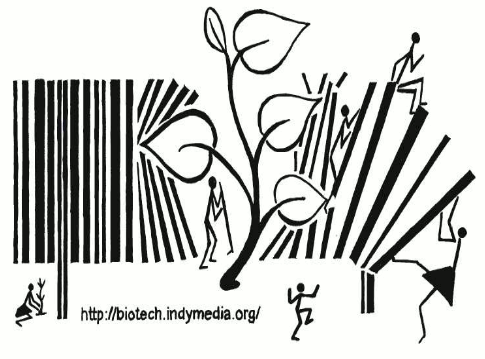 Indigenous people in Peru are celebrating a major victory in their long-time struggle to protect the land from outsiders hoping to exploit it.

On January 14, the Regional Government of Cusco enacted a law that bans the practice of biopiracy, or “the appropriation and monopolization of traditional population’s knowledge and biological resources.”

“Worldwide, national governments and international bodies such as the World Trade Organization and the World Intellectual Property Organization have failed to protect indigenous people’s traditional knowledge and associated genetic resources from biopirates,” says Alejandro Argumedo, the Director of Asociacion ANDES, an Indigenous group based in Cusco.

“The new law enacted by the regional government of Cusco is a good example of how local governments can create the appropriate legal and institutional framework, as well as the mechanisms to implement it, to ensure that biopiracy does not prey on the creativity of indigenous peoples and local communities,” he adds.

Of particular note, “[the law includes] provisions for prior informed consent from indigenous and local communities, benefit-sharing with communities, and limitations upon the creation of patent rights over genetic resources,” says Johanna Gibson, the Director of Queen Mary Intellectual Property Research Institute (QMIPRI).

“[It is also] based on the understanding that such communities have sustained and protected the species for centuries through their traditions and practices, and acknowledge this guardianship in the duties to those communities, as recognised in the law, as well as providing for communities to rely on customary laws to develop and implement registers for genetic resources and protocols and procedures for the access to those resources,” says Gibson.

This is indeed a major victory, since the law (O.R. Nº048-2008-CR/GRC) creates an “equal playing field” in a country, or at least a region of it, that “has long been a hot spot for biopirates seeking easy prey,” says Dr Michel Pimbert, from the International Institute for Environment and Development.

“It strengthens community institutions and their capacity to manage access to their cultural and biological assets and to inform local authorities of any transgressions so that they can play a critical role in controlling biopiracy.”

For more news and background on biopiracy, also known as bioprospecting, visit biotech.indymedia.org, ipcb.org, and ibin.org