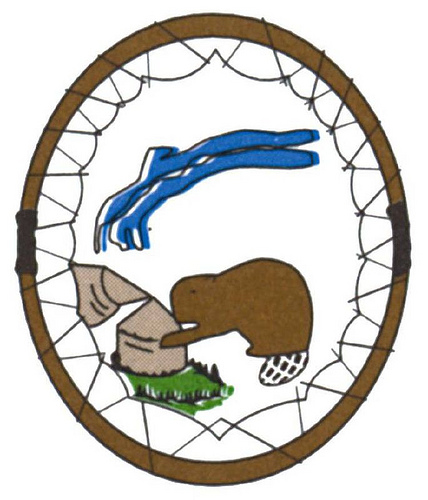 Cree Nation of Mistissini says NO to uranium development

The Cree Nation of Mistissini has made their position clear. They are unequivocally opposed to any uranium development in Eeyou Istchee (Cree for “The People’s Land”).

On June 5, 2012, Chief Richard Shecapio carried the words of his community to a Canadian Nuclear Safety Commission (CNSC) public hearing in Mistissini, Quebec.

“We want to put an end to the question of uranium development once and for all, right now”, said Chief Richard Shecapio. “We know where this is going and we don’t want any uranium mining at all”.

Those words will sound familiar to anyone keeping vigil against the Canadian mining industry’s global mission. Indeed, this is the third time in less than two years that the Cree Nation of Mistissini has asserted its position on uranium development.

That position isn’t going to change any time soon.

Chief Shecapio went on to explain that his Council will do “whatever it takes” to implement a moratorium on uranium development. “In light of the lack of social acceptability, cultural incompatibility and the lack of a clear understanding of the health and environmental impacts of uranium mining, it would be reckless for us as a people to move forward and allow the licensing of Strateco’s advanced exploration project. We are seeking a moratorium on uranium mining and exploration on our traditional lands as well as in the province of Quebec”, said Chief Shecapio.

Strateco Resources Inc. is trying to establish an underground exploration program at its Matoush Project in northern Quebec [Here’s some propaganda from Strateco about the project]. The recent CNSC hearing was in regards to the company’s application for a license to go ahead with the exploration program.

Chief Shecapio continued, the Cree Peoples “have always been the guardians and protectors of the land and will continue to be. For the Crees of Mistissini, the land is a school of its own and the resources of the land are the material and supplies they need. Cree traplines are the classrooms. What is taught on these traplines to the youth is the Cree way of life, which means living in harmony with nature. This form of education ensures our survival as a people. Any form of education that leads to survival is a high standard of education. Cree form of education teaches us to be humble, respectful, responsible, disciplined, independent, sharing and compassionate”.

“Because our people are still active on the land, hunting, trapping and consuming the animals, we are concerned that traditional foods may become contaminated with radionuclides, posing a threat to those who eat them. High levels of radionuclides in moose and caribou tissues have been reported in animals near uranium mines. This indirect exposure can lead to serious health issues for the people who eat contaminated animals”, expressed Chief Shecapio.

The CNSC maintains a very different perspective on the matter. The Commission–which is supposedly in charge of protecting “the health, safety and security of Canadians as well as the environment”–asserts that Strateco’s project is low risk.

Perhaps it doesn’t matter what the CNSC says. After all, when it comes to defending the land from uranium development, even “low risk” is too much risk.

Feel like saying a thing or two to Strateco? Here you go: