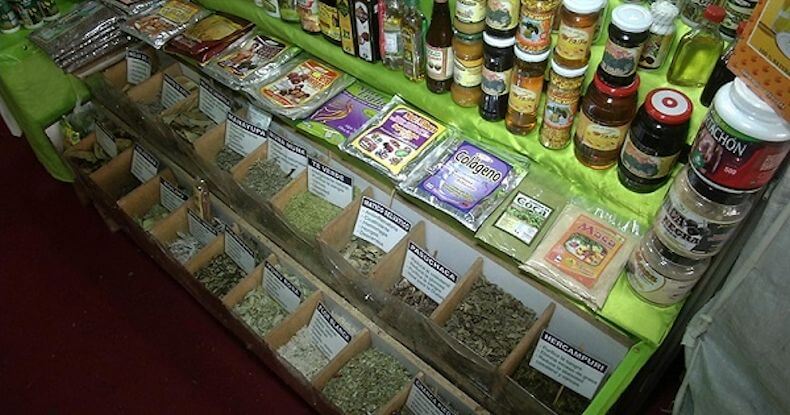 Foreign corporations have filed over 11,000 patents for a staggering 4,400 Peruvian plant products
Support our journalism. Become a Patron!

The production and consumption of natural Andean and Amazonian ancestral products in Peru is threatened by the “biopiracy” of foreign companies who have filed over 11,690 patents for the domestic produce of the region, effectively poaching the natural heritage of the country. The resources are said to be rich in nutrients and vitamins and range from those with anti-aging properties to those that act as natural aphrodisiacs.

Small farmers could be among those worst affected if foreign companies obtain the patents. “Campesinos have been guardians of seeds and diversity generation after generation, from our ancestors to our fathers we have inherited the seeds,” said Director of the National Association of Ecological Products of Peru Moises Quispe.

“We campesinos are very conscious about it. These seeds are part of our lives, and if there’s a new owner who patents them for their own economic interests, it’s a very worrying situation.”

Peru has 4,400 species of native plants with various uses, including 1,200 which have medicinal properties. The products that have the highest number of patents filed are Tara with 3,989, Yacon with 3,211, Maca with 1,406, Cat’s Claw with 843, Cascarilla with 648 and Purple Corn with 294, among 23 others. The data was collected by the state-run National Commission Against Biopiracy, but they only monitor 35 of the 4,400 species facing this threat.

There are other signs that Peruvian government efforts to prevent biopiracy are lacking. The commission is staffed by only two technicians and remains the only state agency working on the issue.

While the phone number listed on their official website connects to the commission, the e-mail address is not in service. At the time this article was published, the agency was unable to offer a response as to which companies are trying to patent the resources, although a number of reports claim a significant portion of the companies are from China.

In contrast, Ecuador’s Secretary of Higher Education, Science, Technology and Innovation has recently published and updated a study which ranks the nationalities of companies attempting to patent their natural resources. The table is led by the United States and closely followed by Germany. Other countries on the list include Australia, Belgium, Israel, Netherlands and South Korea. One of the most notorious companies attempting to patent Ecuador’s natural resources is the Swiss-based transnational Syngenta, which invests heavily in political campaigns and lobbies politicians in the United States.

Patents of existing products in Peru are only supposed to be allowed if there’s significant investment in research that results in innovation. However, a document produced by the Peruvian National Commission Against Biopiracy states that they have “observed that a considerable number of requests for patents filed and authorized do not satisfy the prerequisites for novelty and innovation.”

“They incorporate genetic resources and traditional knowledge that has been obtained in an illegal, irregular or questionable manner, to say the least,” it adds.

According to Alan Fairlie, a Peruvian Representative in the Andean Parliament that also features representatives from Bolivia, Chile, Colombia and Ecuador, a lack of protection for ancestral seeds could affect farmers and local consumers and this is partly the fault of free trade agreements that have been created to exclusively serve the interests of big business.

“In free trade agreements, the aspect of intellectual patents for medicines, software, brands and authorship has been prioritized, but there isn’t a counterpart for respecting the biodiversity of the Cartagena Protocols that the Andean community put forth to defend traditional knowledge.”

“If what we do is facilitate patents of plants that comply to free trade agreements that we have accepted and signed, with nothing that develops, we have made ourselves vulnerable,” he adds.

Regarding how this may affect Peruvians, Moises Quispe argues that “having to buy seeds would impoverish campesinos more” as it would likely result in them becoming dependent on the companies for the seeds. “It could turn campesinos into buyers of seeds. That’s what is coming, and it would be the large companies that become rich with our resources.”

Indeed, the case of Maca seems to confirm Quispe’s argument. Last year there was a series of new reports about Chinese merchants traveling to Junín in the Southern Andes region of Peru to illegally purchase and extract live seeds from the area. Quispe claims the campesinos sold the seeds out of necessity and under the promise of yearly sales. However, the merchants have not returned, and Maca has started being produced in China. The price of a kilo of the product dropped from US$50 to US$3.50, making it a far less profitable crop for small Peruvian farmers.