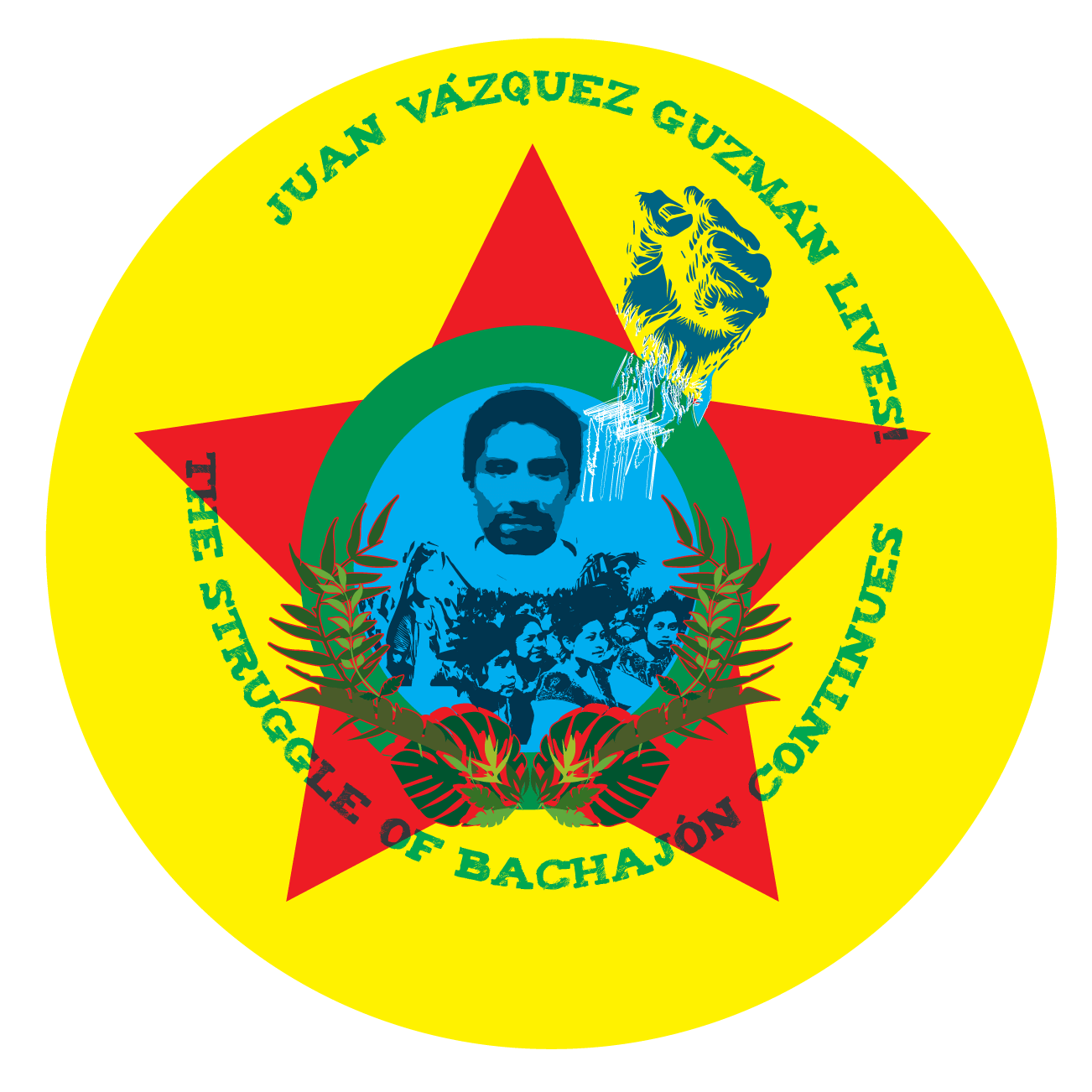 To our sisters and brothers of the ejido San Sebastián Bachajón:

To our compañer@s adherents to the Sixth Declaration of the Lacandón
Jungle:

To our Zapatista sisters and brothers:

To the people of Mexico and the world:

To the independent media:

To the Committees of the True Word:

This initiative is supported by the ejidatarios of San Sebastián Bachajón, adherents to the Sixth.

We send you greetings and embraces from New York, Dorset, Kolkata and Alisal.

On April 24th, 2014, it will be a year since the cruel and cowardly assassination of our beloved compañero Juan Vázquez Guzmán, activist, community leader and spokesperson for the indigenous Tzeltal community of the ejido San Sebastián Bachajón, in the municipality of Chilón, Chiapas, Mexico. He was killed by six gunshots in the doorway of his home.

Still there is no justice. There has been no effective investigation into his murder, and Juan’s killers and those who ordered his execution remain safe in impunity. Meanwhile the efforts continue to dispossess Juan’s people, the ejidatarios adherents to the Sixth Declaration of the Lacandón Jungle from the ejido San Sebastián Bachajón.

The three levels of government, with their army, their police, their allies in transnational corporations, their locally-funded paramilitary groups and their lackeys from the political parties, do not cease their attacks and their plundering, using deceptions and lies, threats,
violence, imprisonment, torture and even murder to achieve their ambition to seize the ancestral common lands of the ejido in order to construct a luxury tourist complex beside the beautiful waterfalls of Agua Azul.

Now there has been a second assassination, another vile attempt to force our compañer@s to give up their just and dignified struggle and resistance. On March 21st, 2014, Juan Carlos Gómez Silvano, aged only 22, was shot down with over twenty bullets. Juan Carlos worked in the construction of autonomy in the recuperated land of the Virgen de Dolores. He was a regional coordinator of the Sixth Declaration of the Lacandón Jungle of the ejido San Sebastián Bachajón. No one has been arrested or charged with his murder. We respond with sorrow, but also with rage.

We demand justice! The killers must not remain unpunished! No more impunity!

Although the war against the people does not end, neither does the resistance of those from below.

Despite the continuing racist repression directed against the original people of these lands, despite displacement and occupation, aggression and murder, the tireless struggle of the indigenous Tzeltal people of Bachajón to defend the basis of their life, the mother earth, the land and the territory, also has no end.

The ejidatarios will not give up their common lands, which they inherited from their grandparents, so they can be used for the building of hotels and golf courses, roads and helipads. They will not allow the mother earth and her richness of nature, jungle and water, to be destroyed by the greed and rapacity of those who would be lords of all.

For our sisters and brothers in struggle from San Sebastián Bachajón, Juan Vázquez Guzmán still lives, he is still there beside them, fighting, so they can never give up their resistance. He often told them that their struggle was “for the life of the people and to continue being what we are”.

Juan Vázquez Guzmán denounced repression and corruption everywhere, and he fought for the rights of his people and for the liberation of their prisoners. On a national and international level he made people aware of the threat to the lands of Bachajón from those from above and their plans to build an “eco” tourist megaproject.

His words had strength and his vision and heart were free from fear in the struggle for the defense of the territory. We remember his warm smile, his contagious laughter, his love for the land and the people and his commitment to the creation of another world.

But the capitalists, the governments and the corporations, in their greed for more money, more plunder, more profit, plan to destroy the whole of the mother earth, and to rip out the heart of the planet. They want to turn the water, the trees, the earth, the air into commodities. It is only the organized resistance of the autonomous communities, from below and to the left, against the wars and the destruction of our natural resources, which can save the mother earth for our children.

We call on all people of good heart and all the children of the earth who strive, day after day, to construct another, better, world, one with freedom, justice, respect and dignity, each according to their own customs, ways, times, and geographies:

1. To carry out the “Two Weeks of Worldwide Action: Juan Vázquez Guzmán lives! The Bachajón struggle continues!” from Thursday, April 24th to Thursday, May 8th, 2014

2. To show our solidarity with the just and dignified struggle against dispossession of the women, men, children and elderly of the ejido San Sebastián Bachajón

3. To screen the film Bachajón – Dispossession is death, Life is resistance, available in Spanish and with English subtitles, in as many countries and places and as many times as possible:

4. To keep alive the memory of Juan Vázquez Guzmán and to commemorate the anniversary of his savage assassination on April 24th, 2014, along with his compas, who here invite us to join them:

5. To organize any other solidarity activities that you may choose, in your own places and according to your own different methods of struggle

We ask you to please let us know as soon as possible if you are able to accept our proposal and if you will be able to participate in the “Two Weeks of Worldwide Action: Juan Vázquez Guzmán lives! The Bachajón struggle continues!” from Thursday, April 24th to Thursday, May 8th, 2014

Please confirm your participation by email to: laotrany@yahoo.com

Juan Vázquez Guzmán, beloved compa, we embrace you. We will always be thankful to you for having given so much inspiration to each of us in our own struggles.

You are the heart of your people, and you gave your life for your people.

Your life is like a seed of hope that is growing in the hearts of every child, woman, man and old person from San Sebastián Bachajón and in the hearts of compañeras and compañeros from around the world.

We believe that everyone should know of your dignified life and the dignified resistance of your people.

We demand a full investigation of your assassination, and punishment of those responsible.

Your voice will not be silenced, nor will the work of your heart be ended.

Land, Freedom and Justice for the Ejidatarios of San Sebastián Bachajón!

Stop the aggressions against the adherents to the Sexta!

With love and solidarity,

For further information in English:
http://vivabachajon.wordpress.com/en-ingles/