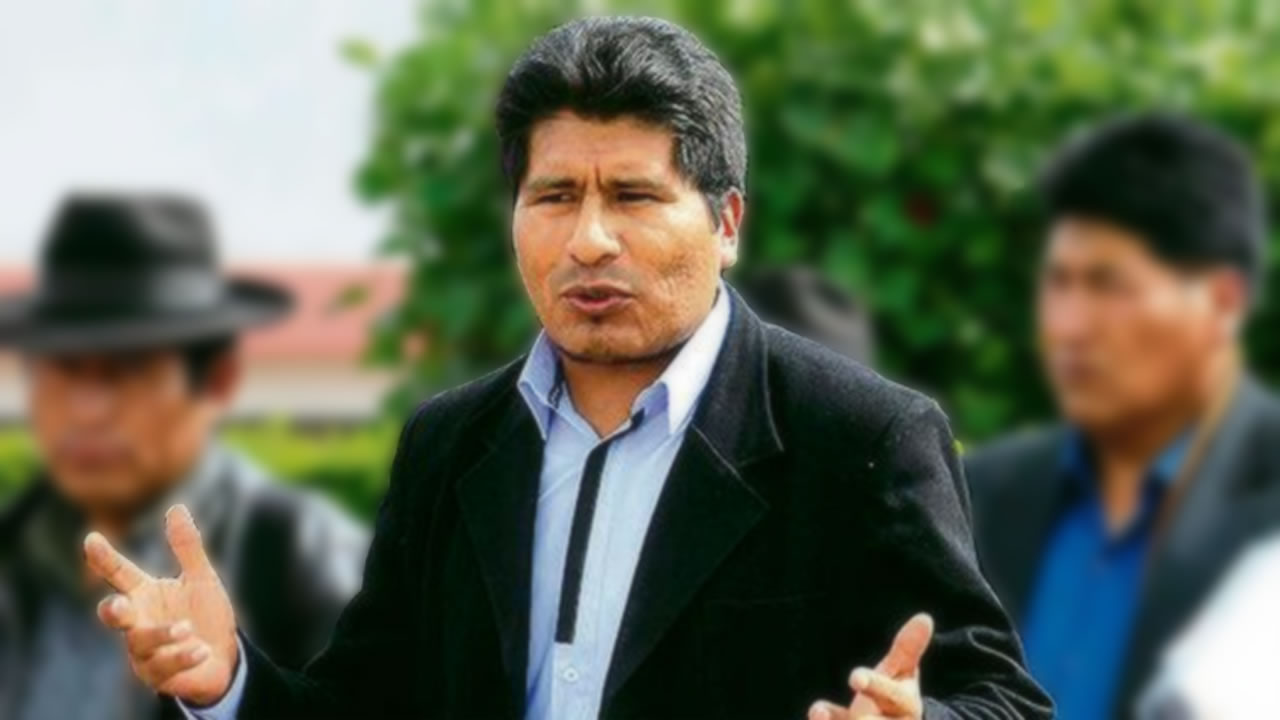 Controversy over imprisonment of indigenous governor in Peru

The indigenous governor of the southern Andean region of Puno, Peru, Walter Aduviri, is awaiting his transfer to that territory, where he will be imprisoned, amid continued controversy over his detention.

While the press and neoliberal politicians oscillate between support and indifference towards the case, progressive forces denounced that it is part of the application of a policy that criminalizes social protests.

Parliamentary spokesperson of the Frente Amplio (FA), Hernando Cevallos, deplored the arrest of Aduviri, Sunday night in Lima, and said that ‘he has been convicted of conducting a completely just protest.’

He thus referred to the mobilization of Aymara communities, in 2011, against the mining project of a Canadian transnational company installed in their lands, close to the border with Bolivia, causing environmental damage.

Cevallos said that in such demonstrations there is always the risk that they result in acts of vandalism, often caused by the police.

For her part, the leader of the New Peru Movement (NP), Verónica Mendoza, defended the constitutional right to protest in the case of the Aymara leader.

Aduviri was sentenced on August 14 in absentia, as he had gone into hiding before a previous order of preventive detention, and considers the sentence unfair, arguing that there is no evidence against him.

The governors of the south of the country and the Assembly of Regional Governments rejected the condemnation of Aduviri, and the latter described as an act of political persecution both his sentence and the previous one issued against the governor of the Central Andean region of Junín, Vladimir Cerrón, for alleged administrative irregularities.

This article was originally published by Presna Latina