Concerns over cyanide leakage at Gold Ridge mine

Local villagers living downstream from the Gold Ridge mine in Solomon Islands, have raised concerns that an old storage tank is leaking cyanide into the environment, endangering their lives as well as the health of employees at the mine.

Robert Pepeo, a former employee of the mine, says the tank has been leaking for some time now but the company who now runs the mine, Australian Solomons Gold (ASG), has continuously failed to do anything about it. 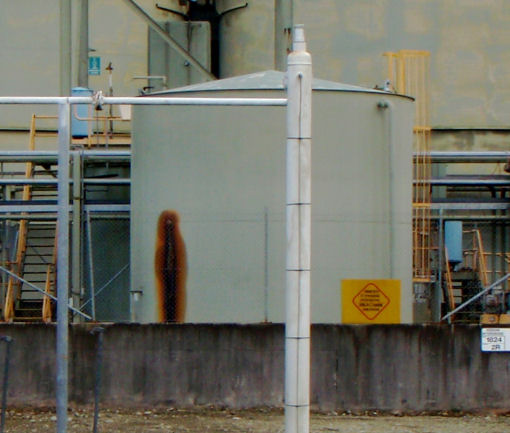 “I can confirm that the site looks very frightening and also the cyanide is spilling out from the storage tanks into the soil and beyond,” states Ben Afuga, a spokesperson for the villagers.

Due to continuous heavy rains, the mine’s old tailings pond is also on the rise, says Afuga. “This is a real life threatening environmental hazard to which land owners council and the provincial government did not [speak] out against.”

A toxic spill out would effect the entire region – and something must be done before that happens, and before a flash flood happens.

Shortly after these concerns were made public this week, Keith Nielsen, the General manager at Gold Ridge came forward to deny that any leakage was taking place at the mine.

He admits to one tank having a hole in it, which has allegedly been surrounded by “rust”, but states unequivocally that no cyanide has leaked out because the tank is “contained within a reinforced concrete wall built to international industry standards.” 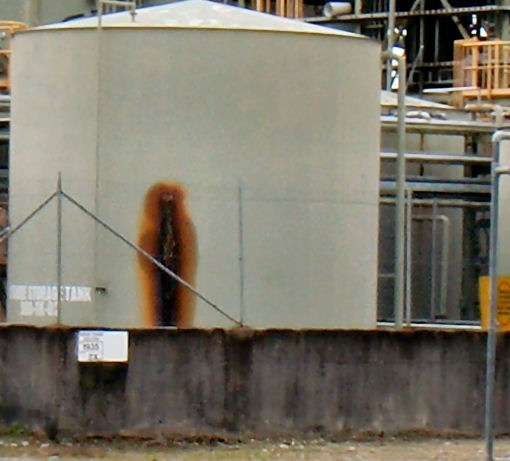 Look Closely at the storage tank…Is it rust or a public display of the tanks contents?

While it’s possible that the villagers have nothing to worry about, as Mr. Neilson claims, there is absolutely no room to brush off these concerns as if they are without merit.

After all, there is a history of cyanide spills in the region, at least one of which occurred at the Gold Ridge mine in 1998, when the Australian company Ross managed it.

At the time, both Ross and the government denied that any cyanide was leaking into the environment, claiming that it was a mere case of “de-oxygenated water, ” but they changed their story when pictures of the spill were published in a newspaper.

The stage seems set for history to repeat itself. In any event, the government must take action to ensure everyone’s health, and that the environment is protected.

For more information, you can contact Robert Pepeo at +677 85154. Updates will also be published at www.solomonstarnews.com. Thanks to Anne for the heads up!