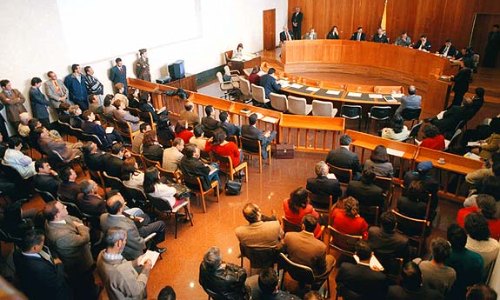 On March 3, 2011, Colombia’s Constitutional Court issued an historic ruling, “unconditionally” recognizing one of the most critical human rights for Indigenous Peoples: the Right to Free, Prior, and Informed Consent (FPIC). Cultural Survival reports.

In a historic ruling in favor of Indigenous Peoples’ rights, Colombia’s Constitutional Court halted three industrial projects for not properly consulting affected Indigenous communities nor gaining their consent. The three projects are construction of a highway, an electric power line, and a mine.

In its T-129 ruling of March 3, 2011, the court found that the Ministry of Transportation had not obtained an environmental impact statement nor consulted with two Indigenous communities that would be affected by construction of the four-kilometer Acandi-Unguia highway. It found that engineers for a company that is building a binational electric line between Panama and Colombia had entered into Indigenous territories to take measurements without obtaining the people’s consent.

The court also halted explorations by Gold Plata Corporation in Acandi, overturning rulings by lower courts that found in favor of the mining project because it served the “general interest” and “progress.” The Constitutional Court ruled that, “The abstract general interest and majority vision of development or progress that infrastructure projects bring cannot be imposed when such projects are developed in Indigenous Peoples’ territories.”

The Andean coordinator of Indigenous organizations heralded the Constitutional Court’s decision as a significant step forward “because it unconditionally speaks of Indigenous Peoples’ right to free, prior, and informed consent.” The coordinator points out that previous court rulings recognized this right in cases of large-scale projects only. This condition is removed in the T-129 ruling.

Read the story in Spanish here.