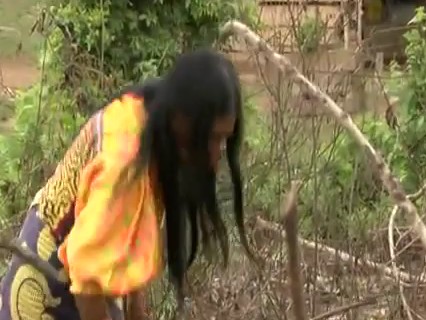 In Colombia, over two decades of conflict between the government and paramilitary groups has uprooted more than 3 million people. Today the conflict poses an even greater threat of extinction to 34 distinct Indigenous Peoples in Colombia. Among them, in the Uraba region of northwest Colombia, the Tule.

Living close to the border with Panama, the Tule have long considered abandoning their ancestral lands and heading into Panama to escape the constant threats and intimidation by Colombia’s paramilitary groups.

There are about 70,000 other Tule, who are also known as Kuna, living in northern Panama–and nearly half of them are living under their own constitution in the Comarca de Kuna Yala or district of the Kuna.

But how do you walk away from the land of your ancestors, the land you know and love, the land that you believe you are here to protect? Beliefs and obligations can run deeper than any real or perceived danger, no matter how great it is.

Then there’s the Tule’s long history. It runs contrary to some popular academic beliefs, but the Tule say they were born in the jungles of Colombia. And a series of devastating wars in the 1600s forced the vast majority to seek refuge in Panama.

Less than 600 Tule remain in the land of their ancestors.

* Colombia has one of the highest numbers of internally displaced people (IDPs) in the world. There are about three million registered IDPs in Colombia, of which an estimated 41,000 are indigenous. However, indigenous displacement often goes unregistered – due to the remoteness of indigenous territory, lack of access to state services and cultural barriers.

* Out of Colombia’s total national population of 43 million there are an estimated one million indigenous people comprising about 90 indigenous groups.

* At least 27 indigenous groups are at risk of disappearing as a result of armed conflict, according to Colombia’s Constitutional Court. The National Indigenous Association, ONIC, says 18 groups are at acute risk of extinction.

* Under Colombian and international law, members of indigenous groups are entitled to special protections from forced displacement.

Video: An important 60-minute discussion on the situation of Indigenous Peoples in Colombia by Federico Guzman, a Specialist in Colombian constitutional law and legal advisor to Indigenous organizations: http://streaming.dd-rd.ca/Saskatoon/Part3_Guzman.wmv (more videos available here)