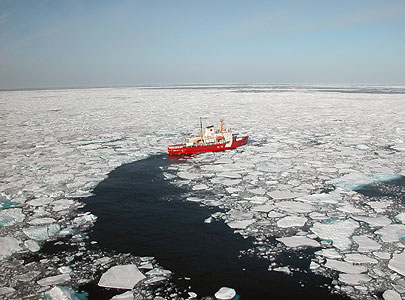 In the landlocked country of Kyrgyzstan, there sits one of a few toxic legacies from the cold war: A product of the Soviet Union’s uranium enrichment programme… More than 800 million tons of uranium waste.

An estimated 6,500 hectares of land is believed to be have been exposed to radioactive contamination as a result of the waste, which is divided among 92 sites according to a 2006 report by the UNDP.Much of the waste is located near the Kyrgyz village of Mailii-Suu, which was listed by the Blacksmith Institute in 2006 as one of the world’s worst polluted places.

There is also a line of waste buried along the Syr Darya River, which feeds “the most populated and fertile area in Central Asia.”

All it would take is a landslide, earthquake or some major storm and the waste would pour into the river, threatening the health of millions of people in Kyrgyzstan and in the nearby countries of Tajikistan, Kazakhstan and Uzbekistan.

The governments of all four countries recently joined together for help to make sure that doesn’t happen. It sure has taken a long time. Fortunately, their appeal was welcomed with open arms, and then backed by various “United Nations agencies, several Western governments, and the European Union’s executive Commission” (Reuters) at a one-day conference about the situaiton, held last month in Geneva.

“We, the governments of Central Asia, have shown our readiness to work together to tackle this serious and dangerous threat not only to our region but beyond,” said Kyrgyz Prime Minister Igor Chudinov soon after the conference. “We look to the big powers who have experience in this area to share their knowledge with us and to private firms to invest in the projects that require modern and safe technology.”

Just one week before the conference, the Province of Ontario announced plans to start cleaning up Canada’s own legacy of Cold War waste—a series of radar sites that have been leaching toxic compounds into the environment for the past 40 years. The sites, 17 in total, formed a part of the early warning defense system known as the Mid Canada Line. All but one of the sites were constructed on the traditional territory of the Mushkegowuk Cree Nation.

The military abandoned the sites after only seven years of operation, leaving behind most of their equipment, including: trucks, electrical equipment, hundreds of oil barrels and the actual radars themselves.

When the Mushkegowuk and one other Indigenous community found out the sites were indeed toxic, in the late 1980s, they began pleading with the govenrment to have them cleaned up. However, the Ontario government ignored utterly and completely ignore them—that is, until they came forward last month, as if they came up with the clean up effort on their own.

Shortly before Ontario stepped forward, the US government announced some progress on its own legacy of Cold War waste.

It’s a tragedy that continues to silently ravage the Navajo Nation. From 1944 to 1986, companies extracted more than 40 million tons of uranium ore from the Navajo’s territory . The vast majority of the waste that produced–996 pounds for every 4 pounds of uranium— was never cleaned up, the companies following in the same negligent footsteps as Canada and Russia. ON top of that waste, more 1000 uranium mines stood abandoned.

The Navajo, like the Mushkegowuk, never knew about any contamination risks until years later. However, for the Navajo that meant they were routinely exposed to radiation: living in homes built with raw uranium waste rock; walking in, sitting on and breathing uranium-laden dust; and “drinking from wells tainted with minute traces of (the) waste” (TomDispatch).

There has never been any true effort to alleviate the hundreds of deaths and cases of cancer it brought to them. However the ongoing cleanup is a hopeful start. So rare are governments willing to do anything that even remotely resembles taking responsibility for the actions of the past.

And how auspicious that Canada, US and the former USSR should find some sort of common ground in what was indeed brought on by their own fear and thirst for power.

Certainly a hopeful start… so long as they all get the job done.