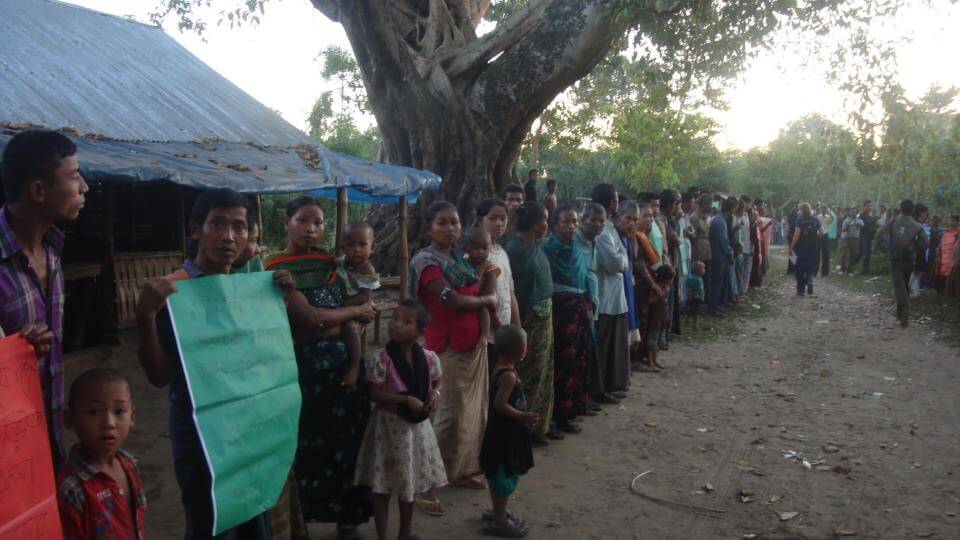 Dhaka: August 15, 2014 – The International Chittagong Hill Tracts Commission (CHTC) is alarmed to learn about the alleged torture and death of 52-year-old Duran Babu Chakma (also known as Timir Boron Chakma) while in custody of the armed forces in Matiranga Upazila of Khagrachari District in the Chittagong Hill Tracts (CHT) on August 10, 2014. The Commission calls for a fully independent judicial investigation to ensure justice including exemplary punishment to the guilty to prevent further recurrence of such crime.

A number of media outlets have reported that Duran Babu, referred to as an activist of the PCJSS (M.N. Larma) was taken into custody by the army on allegations of extortion, and was later tortured and declared dead after he was brought to Matiranga Health Complex. The reports state that the military cremated his body hurriedly without the presence of his family, and without following religious rituals befitting the indigenous tradition and without even informing the authorities at the cremation grounds, on the pretext that no one came to claim his body.

The military’s role in law and order matters which fall within the jurisdiction of the civilian administration are of great concern. The 1997 CHT Accord clearly stipulates that the military dismantle all its temporary installations from the CHT, and that law and order in the CHT fall under the jurisdiction of the Hill District Councils. Whilst the recent visit from Herve Ladsous, the United Nations Under-Secretary General for the Department of Peace Keeping Operations (DPKO), seems to indicate that the UN is interested in recruiting more peacekeepers from Bangladesh, we are concerned that this prospect may be jeopardized by gross violations of human rights by military personnel and the apparent lack of accountability which appears contradictory to the spirit of peacekeeping.

The Cabinet’s recent approval of the National Broadcast Policy 2014 imposing restrictions on airing news or programmes about the armed forces and law enforcement agencies is a further blow to the freedom of expression of the press and provides a layer of impunity to the law enforcement agencies and armed forces, especially those based in the CHT where there growing allegations of human rights violations against the military, Border Guards Bangladesh (BGB) and the police.

Bangladesh is a signatory to the International Covenant on Civil and Political Rights (ICCPR) and the Convention against Torture and other Cruel, Inhuman or Degrading Treatment or Punishment (CAT) and has obligations to prohibit torture and provide effective remedies to victims. In October 2013 the Bangladesh Government Death also passed the Torture and Custodial Death (Prevention) Act, 2013 in the parliament criminalizing custodial torture and death.