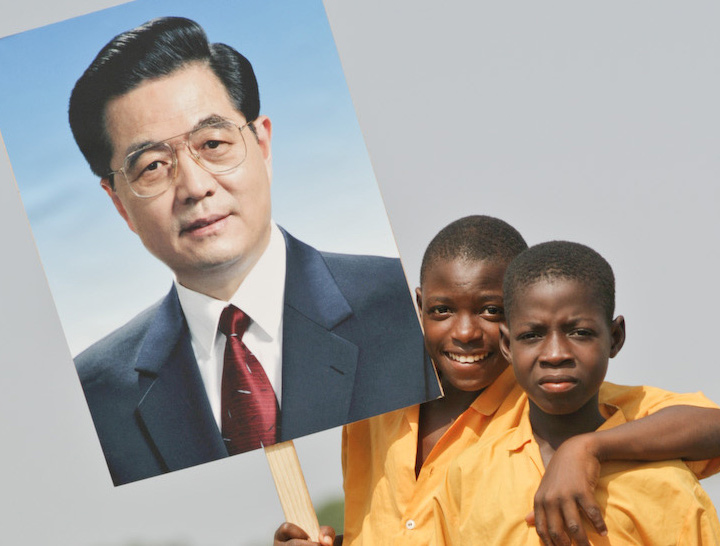 “From Nigeria in the north, to Equatorial Guinea, Gabon and Angola in the west, across Chad and Sudan in the east, and south through Zambia, Zimbabwe and Mozambique,” writes Andrew Malone, “China has seized a vice-like grip on a continent which officials have decided is crucial to the superpower’s long-term survival.”

In fact, it would seem China’s following the same model that Britain first employed to colonize Africa; particularly that expressed by the highly respected and equally racist cousin of Charles Darwin, Sir Francis Galton, just over 130 years ago.

In an 1873 letter to The Times, Galton wrote, ‘My proposal is to make the encouragement of Chinese settlements of Africa a part of our national policy, in the belief that the Chinese immigrants would not only maintain their position, but that they would multiply and their descendants supplant the inferior Negro race.’

‘I should expect that the African seaboard, now sparsely occupied by lazy, palavering savages, might in a few years be tenanted by industrious, order-loving Chinese, living either as a semidetached dependency of China, or else in perfect freedom under their own law.’

With over 750,000 Chinese settling in Africa over the past ten years, and suggestions that anywhere up to 300 million will need to be sent in the future (to offset over-population and pollution), Malone says that Galton’s vision of a colonized Africa is now coming to pass.

Across Africa, the red flag of China is flying. Lucrative deals are being struck to buy its commodities – oil, platinum, gold and minerals. New embassies and air routes are opening up. The continent’s new Chinese elite can be seen everywhere, shopping at their own expensive boutiques, driving Mercedes and BMW limousines, sending their children to exclusive private schools.

The pot-holed roads are cluttered with Chinese buses, taking people to markets filled with cheap Chinese goods. More than a thousand miles of new Chinese railroads are crisscrossing the continent, carrying billions of tons of illegally-logged timber, diamonds and gold.

The trains are linked to ports dotted around the coast, waiting to carry the goods back to Beijing after unloading cargoes of cheap toys made in China.

Confucius Institutes (state-funded Chinese ‘cultural centres’) have sprung up throughout Africa, as far afield as the tiny land-locked countries of Burundi and Rwanda, teaching baffled local people how to do business in Mandarin and Cantonese.

“The Chinese are all over the place,” says Trevor Ncube, a prominent African businessman. “If the British were our masters yesterday, the Chinese have taken their place.”

Meanwhile, Russia tries to get its own foot-hold in Africa; over-eager Americans and civil society groups barrage the continent with good will gestures; and the governments of the world, as always, undermine it with old-fashioned Christian charity and promises of better days… so long as they “play nice.”

Thanks to Shashi for passing on Andrew Malone’s article.