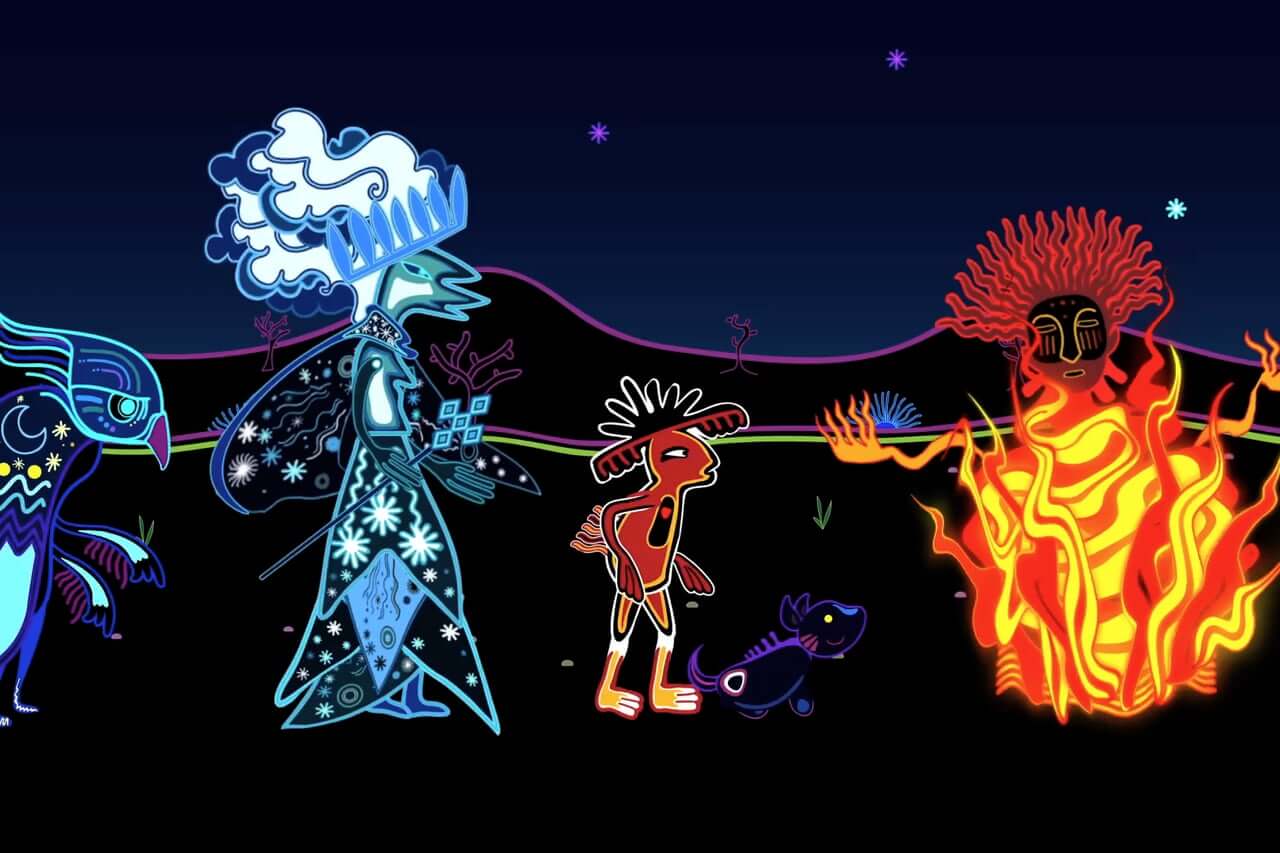 With films like Pocahontas, Apocalypto, Peter Pan and The Green Inferno, it’s safe to say that Hollywood has a deplorable track record when it comes to its portrayal of Indigenous Peoples. Perhaps it’s to be expected given that films tend to be produced through a Eurocentric lens. Even when production companies try to get it right, they still somehow manage to fail–such as the case with Disney’s Moana.

It makes us all the more grateful that Hollywood has lost its monopoly on film. New Independent film makers are constantly emerging to give us something genuine, heartfelt and inspired to watch with family and friends.

This year was particularly exciting for indigenous film. Among the hundreds–if not, thousands–of feature films, documentaries and television shows that indigenous filmmakers made in 2016, indigenous nations started releasing their own independently-produced films to tell their own stories in their own words and languages.

We loved these animated shorts so much we just had to share them with you.

When a tongue dies

When A Tongue Dies is an animated film in Nahuatl from 68 Voces, a language revitalization project that promotes pride, respect, and use of indigenous Mexican languages ​​among native speakers, and non-native speakers.

Produced by The Foundation for Research and Promotion of Ainu Culture, this short film re-imagines an ancient Ainu story that has been passed by word of mouth for generations.

Lurrpungu is an animated Dreaming story told in traditional Walmajarri language. It tells of a fight between two birds, how they found their colours and created a powerful landscape through their battle.

Another stunning animation from 68 Voces. This time, we hear the traditional Yaqui story “El Chapulín Brujo”.

This animated film tells the story of how the world was made according to the Huichol cosmovision.

In this animated short, we learn about the origin of life as told by the Sher Singh Bhil community in Madhya Pradesh, India.

Produced by The Indigenous School ANGELO PEREIRA XAVIER in the Brazilian state of Bahia, this film recounts a collection of memories from Pankararé indigenous children in Sertão.

How did the rabbit get to the moon

A third film from 68 Voces. Here, we learn the Huasteco story about how rabbit saved humanity.

The tiger and the grasshoper

One last film from 68 Voces. In this film we hear an Tojolabal story from what is now Chiapas, Mexico.