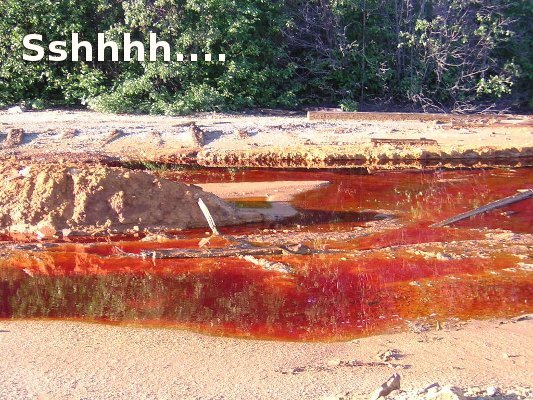 The Canadian mining industry’s failure to report on the hundreds of millions of kilograms of toxic waste it generates each year, is currently being examined in Canada’s Federal Court.

According to the non-profit legal group Ecojustice, who filed a lawsuit on behalf of MiningWatch Canada and Great Lakes United, the Minister of the Environment illegally directed mining companies to keep quiet about the massive amounts of pollutants they send to tailings ponds and other waste containment sites, when reporting to the National Pollutant Release Inventory (NPRI), Canada’s legislated, nation-wide inventory of pollutants released, disposed of and recycled by industrial facilities.

“We are arguing that the Minister has ignored his legal duties under the Canadian Environmental Protection Act to provide the public with the full extent of pollutants released by mining companies in Canada,” says Justin Duncan, a staff lawyer with Ecojustice. “The Canadian public – and especially residents living downstream from mining operations – have the right to scrutinize the environmental and health hazards these mining companies continue to create.”

And it’s no small amount of waste either, as Mining Watch Canada indicates. “In stark contrast, for more than ten years the U.S. government has required mining companies to report the amount of pollutants they release under the American equivalent of the NPRI, the U.S. Toxics Release Inventory (TRI). In 2005, in the United States, mining operations represented less than one-half a percent of all industries reporting to the TRI; however, they accounted for 27% of all pollutants released – more than 530 million kilograms of toxic materials,” says Mining Watch.

“Pollution in the form of mine tailings and waste rock – the data being withheld from the Canadian public – accounted for more than 97% of the total pollutants reported by the U.S. mining industry.”

“Given the enormous amounts of carcinogens and heavy metals like lead and mercury reported in U.S. mine tailings, it is absurd that Canadian mines are being let off the hook and not reporting this massive form of toxic pollution,” says MiningWatch Canada spokesperson Jamie Kneen. “Whether you live in Smithers, British Columbia, Voisey’s Bay, Labrador, or anywhere in between, Canadians [and Indigenous People] have a right to know what poisons industry is releasing into our air, water, and soil.”

John Jackson, the Director of Clean Production and Toxics for Great Lakes United, estimates that there are at least 80 facilities in Canada who are not reporting on their tailings and waste rock pollution. “But, so long as the Minister of the Environment continues to direct the mining industry to break the law and conceal these figures, we’ll never know.”