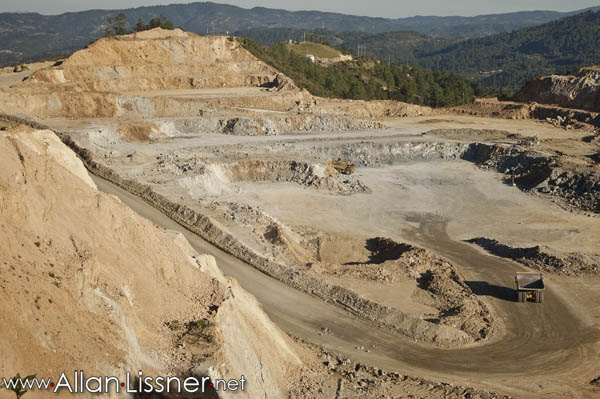 Canada’s Goldcorp to be tried by the Permanent Peoples Tribunal

One of Canada’s most notorious mining companies, Goldcorp, will be tried this week in Madrid, Spain, by the Permanent Peoples Tribunal (PPT).

A group of NGO’s have accused Goldcorp of violating the rights of the Mayan People in San Miguel Ixtahuacan, Guatemala, where the company is operating the Marlin gold mine.

Frente de Defensa Miguelense, Collectif Guatemala (France), Aid of the Norwegian Church and Solidarity Sweden-Latin America, say the company is guilty of violating the Indigenous Peoples’ right to self-determination; to posses, use, and administer land and territory, to access water and to protect the environment.

Some of these charges are also the subject of an ongoing investigation led by the International Labor Organization (ILO). The ILO recently asked the Guatemala government to temporarily suspend mining activities in the country, including Goldcorp’s controversial project, in order for them to complete their investigation. Unfortunately, the formal request fell on deaf ears.

Goldcorp won’t be the only one tried by Tribunal, which will be convening from May 14-15, 2010, for its third and final Session on “The European Union and Transnational corporations in Latin America.”

Pluspetrol Resource Corporation will also be tried for violating the rights of the Quechua people in Peru; along with GDF-SUEZ, the Portuguese corporation BANIF and the Spanish company SANTANDER for their hydro dam project in Brazil; and British Petroleum (BP) for years of negatively impacting indigenous communities in Tauramena municipality, Colombia.

The Permanent Peoples Tribunal was founded in 1979 as a successor to the Russell Tribunal–the International War Crimes Tribunal which held two sessions in 1967 to expose the war crimes committed against the People of Vietnam.

Since then, the independent non-governmental body has rendered more than 30 judgments for crimes committed in Tibet, the Philippines, Algeria, Armenia, and Bhopal, India. They’ve also tried the World Bank, among other international institutions and transnational corporations (TNCs) known for violating human rights and the rights of Mother Earth.

In 2006, the tribunal convened in Vienna for its first session on “The European Union and Transnational corporations in Latin America,” and once more in Lima, Peru in 2008.

Both sessions focused on exposing “the violations of human rights, labour rights and environmental standards committed by more than 25 multinational companies… in Latin America and the Caribbean.”

According to this preliminary programme overview (PDF), the third and final Session in Madrid, “while bringing this work to a culmination will also open a new phase of work. It will be a moment to give visibility to the process and experiences accumulated in Vienna and Lima and other instances of PPT Hearings. This session of the Tribunal will focus not only on the TNCs but also on the European institutions, policies and actors who are complicit in creating an architecture of impunity for the operations of TNCs. In addition, the Tribunal will hear denunciations against the impunity of European TNCs and the impacts of their operations on the Rights of Peoples. The Tribunal will also initiate the debate on TNCs human rights violations in terms of ‘crimes against humanity.'”

“The evidence gathered, the experience of campaigns and cumulative conceptual advances during the process of the various Tribunals organized between May 2006 and May 2010, will be the basis to move forward towards new articulations and strategies that seek to dismantle the power of transnational corporations. In this way the protection of people and the planet will be affirmed and moved towards practices of “living well” with a vision of collective well-being and global co-existence.”

Thanks to Real World Radio.