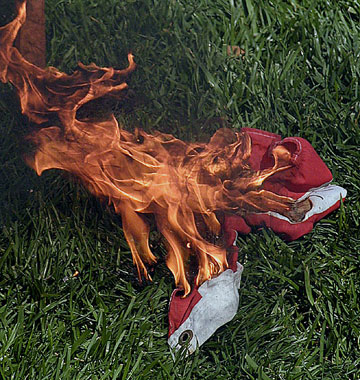 It has been said that the true measure of a nation is not found in its technological prowess, in its resource wealth or its military capability; but in the way it treats its disabled, its impoverished and disadvantaged, its women and children, and everyone else that may fall outside of the majority demographic.

Thanks to the United Nations, we can see just how Canada measures up to these terms.

“The United Kingdom, for example, recommended that Canada give its ‘highest priority’ to addressing ‘fundamental inequalities’ between Aboriginal and non-Aboriginal people including through ‘resolution of land claims and reconciliation of governance and self-government,'” while “The governments of Norway and Denmark called on Canada to reconsider its opposition to the 2007 UN Declaration on the Rights of Indigenous Peoples,” notes a joint public statement by Quebec Native Women, KAIROS, Inuit Circumpolar Council (Canada), Canadian Friends Service Committee, Amnesty International Canada and others.

Many States also urged Canada to adopt a national plan of action to end the high level of violence, discrimination, and marginalization experienced by Indigenous women.

Some of the other issues raised included:

“Canada has not yet indicated which recommendations it will accept and which it will reject. The government has just over four months to establish a credible process to reach decisions as to which ones it will take on board. Indigenous Peoples, representative organizations, nongovernmental groups and other levels of government must be brought into those considerations,” notes a press release by Amnesty International.

“As a first step, a meeting of federal, provincial and territorial Ministers responsible for human rights should be convened on an urgent basis to review and respond to these recent UN recommendations. Indigenous Peoples, representative organizations and nongovernmental organizations should play a meaningful role in such a meeting,” says Alex Neve, the Secretary General of Amnesty International Canada.

“Ministers have not met to discuss human rights in Canada since 1988. That failure of attention to human rights is unacceptable. Such a meeting is long overdue, and today’s recommendations from Geneva should set the agenda.”

Video recordings of the session and related documents can be found online at: http://www.un.org/webcast/unhrc/archive.asp?go=090203.