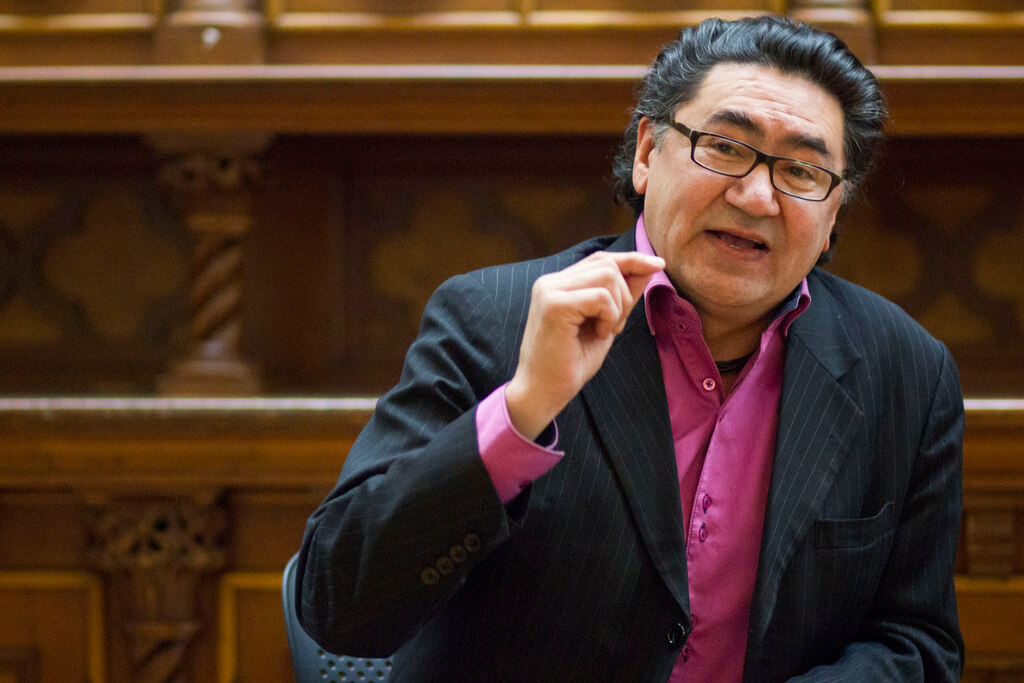 In what Assembly of First Nations Chief (AFN) National Chief Perry Bellegarde called a “crucial step towards reconciliation”, the Canadian House of Commons recently voted by 217 votes to 76 that Bill C-262, “An Act to ensure that the laws of Canada are in harmony with the United Nations Declaration on the Rights of Indigenous Peoples”, should pass second reading.

Bill C-262 would also make sure these rights cannot be easily diluted in the future. NDP MP Romeo Saganash, the Bill’s author, told reporters in December, “If you don’t have that legislation that confirms that the UN Declaration on the Rights of Indigenous Peoples already has application in Canadian law, then it’s up to every other government to determine what’s in there or not”.

The absence of adequate indigenous rights legislation has arguably led to much deeper consequences. Right now, 90 per cent of all Indigenous languages in Canada are now on the verge of extinction; the suicide rate among Indigenous youth aged 15-24 is 5 to 6 times higher than the rest of Canada’s population; and the incarceration rate is now at 26 per cent of the federal prison population–and that’s just the tip of the iceberg. Injustices like the death of Colten Boushie are a regular occurrence in Canada. So, too, the subsequent trial that justified his untimely death.

Saganash explained to the House that the Bill would provide Canada with a way to forge a better relationship with Indigenous Peoples by “allow[ing] us to begin to redress the past wrongs, the past injustices that were inflicted on indigenous people” stemming all the way from residential schools and the pass system to the dozens of indigenous communities that are forced to contend with an endless line of government-approved resource extraction projects and the concomitant environmental degradation they so often bring.

Prime Minister Trudeau has been working toward that new relationship since he took office in 2015. But many remain skeptical about the sincerity behind his reconciliation efforts. Despite repeated assurances that “No relationship is more important to our government and to Canada than the one with Indigenous peoples”, his government initially refused to back Bill C-262 before a surprising U-turn in December of last year. Trudeau’s concern for indigenous rights is also difficult to reconcile with his desire to continue to push through pipeline projects on indigenous lands such as the Trans-Mountain pipeline that crosses “unceded” Secwepemc territory in British Colombia.

Prime Minister Justin Trudeau at a meeting with former BC Premier Christy Clark to discuss BC’s economic priorities and goals in the year ahead. Photo: Province of British Columbia/flickr.

If nothing else, Bill C-262 offers the Trudeau Government an opportunity to show the sincerity of its commitment to improve the situation of First Nations, Inuit and Metis Peoples in Canada. As Saganash explained, “If we are true to our commitment to reconciliation, this is the first step in that direction […] Let us stop talking about those rights and the fundamental rights of indigenous peoples of this country; let us do something about it.”

Passing the Bill would also set an important precedent for nation states around the world, something Saganash was eager to point out to the Commons.  “I do not need to remind members that the world is watching… This is a momentous opportunity to set a global precedent that is expected of a country like Canada. It is the responsibility of parliamentarians, as the UN Charter calls us to do, to respect and promote all human rights, including the human rights of Indigenous Peoples.”

Although the Feb. 7 vote undoubtedly marks an important victory for Saganash and other indigenous rights activists, the Bill still must pass through further complex stages before it might ultimately be incorporated into Canadian legislation.

This recent vote means that the Bill will now undergo scrutiny and amendments by a House of Commons committee before returning to the Commons for a third reading. MPs will then decide whether to ultimately send the Bill to the Senate where it would undergo similar levels of scrutiny and debate.

For the Bill to pass, its advocates will have to successfully reassure skeptics that it is indeed compatible with the Canadian constitution and that adopting the UNDRIP into Canadian law is feasible, despite the Minister of Justice’s previous claim that such a move would be “unworkable”.  They will also have to offer assurances that as a Private Member’s Bill, it will be subject to sufficient debate and scrutiny.

Of course, despite these concerns raised by some members in the House of Commons during debate, Saganash’s Bill successfully garnered support not only from his own NDP party but also the Liberal and Bloc parties. With only the minority Conservative party voting against the Bill, it could easily pass.

Passing the Bill through the Senate could prove much more complex, even with the government’s support. Of the 91 Senators, only 12 are Liberals against 33 Conservatives. With no NDP representatives in the Senate, the fate of the Bill will likely be decided by the 41 recently-appointed independent senators (ISG).

While research has shown that the ISG tend to vote in line with the Trudeau Government, their support for the bill is far from guaranteed. Doubtless, activists and lobbyists on either side will focus their efforts on swaying ISG voters. Research has found that lobbying of Canadian senators has increased six-fold in recent years with ISG members taking most meetings.

With the Bill securing widespread support from numerous indigenous rights organizations across the country, it is hoped that Members and Senators alike will see that it is the will of all Indigenous Peoples that Bill C-262 be adopted and vote accordingly.