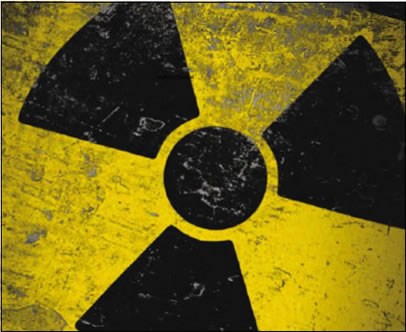 The Indigenous Environmental Network (IEN) has expressed some major concerns about the possibility that Canada, the World’s largest Uranium Producer, may soon join the US-led Global Nuclear Energy Partnership (GNEP), a “group of nuclear powers dedicated to spreading nuclear technology into developing countries.”

As a price of entry to the GNEP, President George Bush has suggested that countries like Canada and Australia should agree to accept the disposed nuclear waste from the countries to which they sell the uranium. IEN’s concern here is that Canada will therein become a Nuclear regime like America and proceed to store the waste on or near indigenous lands.

IEN points out that right now, there are no organizations in Canada, like for instance the Western Shoshone Defense Project and Shundahai, who can commit to sustained international campaigns and put pressure on the governments in such a way that cannot be utterly used against us.

As much as I respect the WSDP or Shundahai for the work they do, I don’t think we need such an organization in Canada but it’s interesting to note that there really is no such NGO here. If we did create one it really could help, but I think there is something else far more important.

You know what else is missing in Canada? Grassroots organization. There is just no large-scale foundation of any kind here—we are heavily divided and isolated.

The problem with this should be very clear to you. Just think about the solutions and successes we’ve had while we’ve been as we are now, so divided and isolated. There’s one maybe two solid examples over the last ten years.

Now compare that to the number of advancements and offenses that Canada (along with the AFN and along with businesses) has made against us over that same period? A few thousand at least.

Coming together, perhaps forming something like the Zapatista or the APPO but which is appropriate for our needs, would change that instantly.

There’s two reasons I say this. The first is, for example… Imagine the Algonquin and Tahltan were directly supported by such a foundation…. Backed by the Haida, Mohawks, Cree, Lubicon, Oneida, Miq’maq, O’odham, Navajo, Inuit, Cherokee, Lakota, Shoshone, Hopi, Maya (Zapatista), and Mapuche… Do you really think Canada and Shell would ignore the Tahltan’s demands to be consulted? Do you really think Canada and Frontenac would work together to criminalize the Algonquin? I don’t think so.

And if they did, we could easily mobilize ourselves and launch an massive international campaign at the drop of a pin. Never mind this day of action nonsense, think weeks and months and years. Is Canada going to ignore that? Is Canada really going to keep steamrolling us?

The second reason has to do with empowerment.. Not only would a body like this deter Canada from undermining us and disregarding our rights, etc, but it would also begin putting us in a position of strength on this land. This will among other things, improve our ability to act as Sovereign Peoples and enable us to successfully solve our own problems without external assistance/intervention.

In other words, it’s win-win for us and lose-lose for Canada. There’s no other way we could ever hope to accomplish this.

As far as the dangers that come from Canada turning into an outhouse for nuclear waste, the need for unity here can’t get any clearer: We can never hope to prevent a disaster if we approach this whole thing as we do everything else, divided and isolated.

If we don’t come together and If there is a disaster, then along with the land we may simply never recover. At best we’ll be sickened for generations to come; children will be born with missing hearts, legs, ears and eyes; and many people will die.

Is there any doubt in your mind about what we must do?