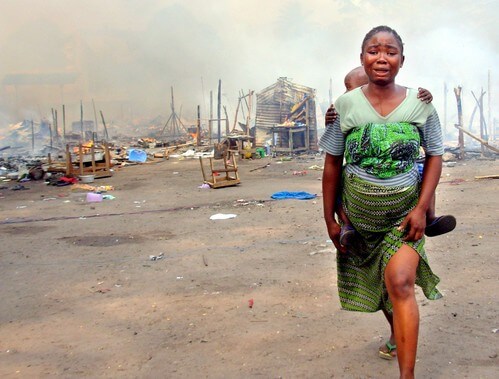 Canada in the Congo War

The following article, written by Gwalgen Geordie Dent, was published on May 14 at the Dominion

Canada in the Congo War
Role of mining, resource extraction has been neglected

Even for those who follow world events, the Democratic Republic of Congo (DRC) is little known in Canada.

The DRC holds two major distinctions. First, it is the richest country in Africa in terms of mineral wealth: gold, diamonds, cobalt and chromium all exist in abundance. Second, it is the country in which the highest number of people – roughly, 4 to10 million – have died due to war since World War II.

The second major civil war in the Congo is often referred to as Africa’s first world war. It raged between 1996 and 2003. Several countries, including Zimbabwe, Angola, Chad and Namibia fought with the Congolese government and their rebel allies against the rebels in the east and soldiers from Rwanda, Uganda and Burundi. Alliances, militias, rebels and sites of conflict were constantly shifting throughout the war. At the height of the conflict, 60 per cent of the Congo was under foreign control. In addition to the millions dead, millions more were forced to flee their homes; mass rapes and destruction were commonplace. Large parts of the DRC are still under rebel control and, according to the Belgian-based Crisis Group, about 1000 people are dying every day due to war-related disease, hunger and violence.

The official reason for the war is that it was caused by inter-African tensions. After Congolese president Laurent Kabila came to power, he became distrustful of the power held by his former allies, Rwanda and Uganda. According to a number of sources, Rwandan forces became worried that possible Hutu militias hiding in the Eastern Congo could wage further attacks on Tutsis. An uprising in the Eastern Congo prompted an invasion by Rwanda. Ugandan and Burundi forces entered the country soon thereafter. The DRC government responded by sending forces to retaliate, and the war began.

Writers Asad Ismi, Keith Harmon Snow and David Barouski, who have been writing about the Congo for years, believe this is not the full story. They assert that the Congo conflict had more to do with Western desires for Congo’s resources than squabbling between African states.

A 2004 report by Global Witness points to what drives these desires. According to the report (pdf), large amounts of coltan (used in mobile phones), copper, cobalt, gold, diamonds, oil, gas and timber were mined and transported out by companies operating mines in Congolese territory while it was under the foreign control of Burundi, Uganda and Rwanda, and even Congo’s allied states.

Ismi believes that the millions dead in the Congo are mainly the product of Western desires for the Congo’s mineral wealth. “Congo has been ripped apart by imperialism and foreign powers for over a hundred years,” he says. “It is well known that [the Congo war] was a brainchild of the US.”

In his article “Congo: The Western Heart of Darkness,” published by the Canadian Centre for Policy Alternatives, Ismi points to numerous reports, including those from Human Rights Watch and the Washington Post, which show that “US soldiers were sighted in the company of Rwandan troops in the Congo on July 23 and 24, 1998.” He also notes the US’s refusal “to call for the immediate withdrawal of its close allies, the Rwandan and Ugandan forces, which it…trained, armed and financed.”

“There is enough evidence to conclude that the U.S. backed and justified the invasion of the Congo by its proxies Rwanda and Uganda and then proceeded to join in and encourage the plunder of the country,” especially when taken in context with former US-backed Congo regimes, he says.

In their article “Behind the Numbers: Untold Suffering in the Congo,” Keith Harmon Snow and David Barouski cite numerous examples of companies which directly or indirectly benefited from the DRC war, including Anglo-American, Cabot Co., Metalor and Sony. “Mining in the Congo by western companies proceeds at an unprecedented rate,” Snow and Barouski write, “and it is reported that some $6 million in raw cobalt alone… exits DRC daily.” They also argue that the UN peacekeeping mission in Congo, the largest UN mission ever, is concentrating on rebel groups in the eastern Congo, “effectively clearing it for large-scale multi-national mining.”

Ismi agrees. “The richest areas in the East…were being mined…with a weak government in Kinshasa. International Panorama Resources [a Vancouver-based mining company] was mining in the most violent area [of the DRC] and being protected by Uganda.”

Canada’s UN commitment to one of the most deadly wars in history was two aircraft and fifty troops in 2003. In September 2006, Liberal Senator Peter Stollery slammed Canada’s “disgraceful” military presence in Africa. When it comes to the major recipients of Canadian aid through CIDA, the DRC doesn’t even make the top ten.

Ten Canadian companies were implicated in the UN report entitled “Report on the Illegal Exploitation of Natural Resources and other Forms of Wealth in the Congo (pdf),” published in 2002. One of the most comprehensive and damning reports on Western activities in the Congo, the UN report implicated 157 companies and recommended travel bans, legal action and investigation by states where these companies were located.

Though all 10 companies were accused of violating the guidelines of the Organization for Economic Cooperation and Development, and some were accused of bribing officials in order to have access to land, the Canadian government has failed to investigate the companies’ role in the Congo war, according to Mining Watch Canada.

The recommendations from a 2005 report by the Standing Committee on Foreign Affairs and International Trade, which call for stricter monitoring of mining companies in hotspots like Congo, Guatemala, Romania, El Salvador, India, the Philippines, Peru and Mexico, have not been adopted.