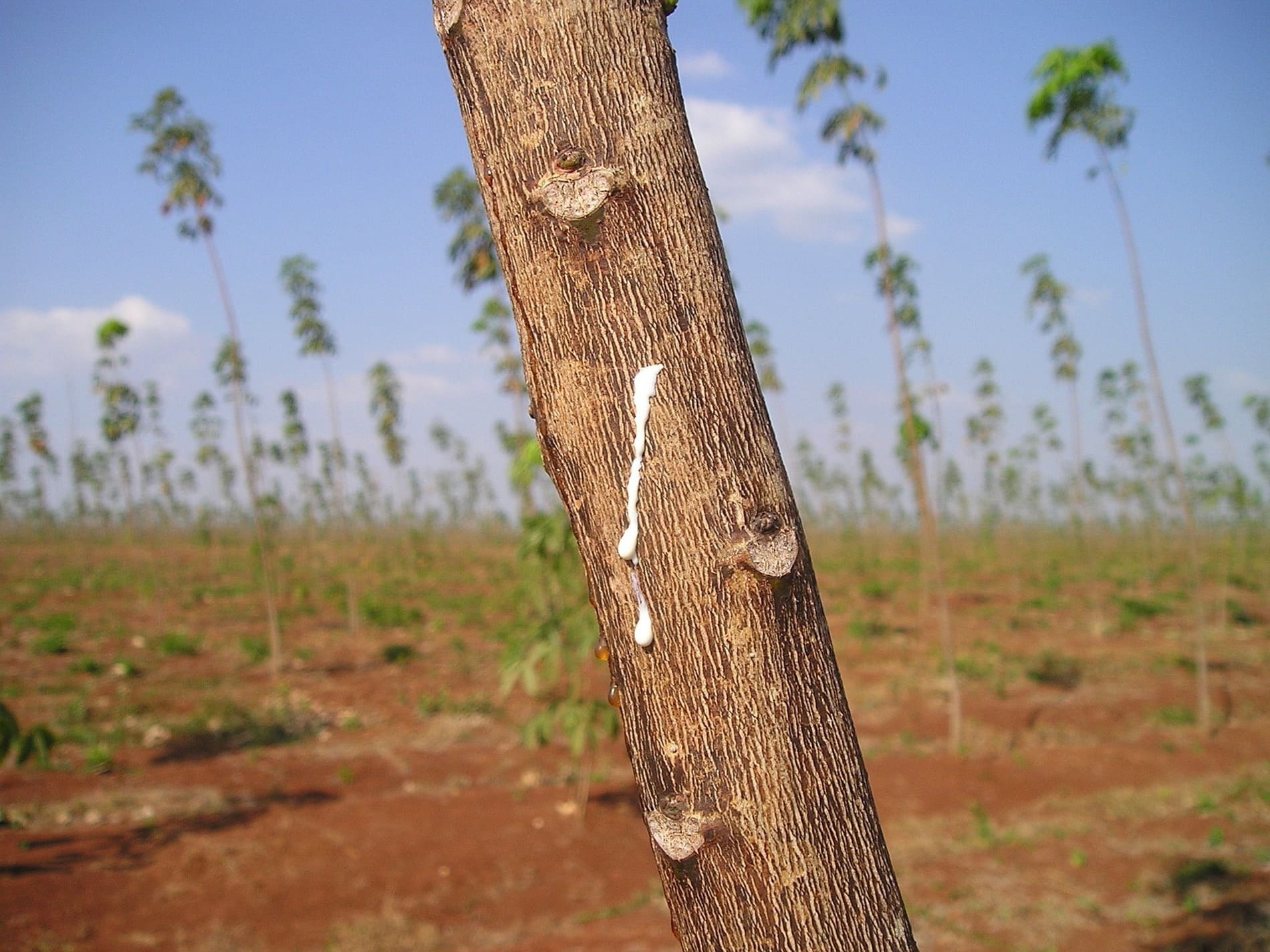 A rubber tree in Cambodia. Photo: Simon Steinberger from Pixabay
Support our journalism. Become a Patron!

BANGKOK – Cambodia has returned land taken a decade ago from indigenous communities for a Vietnamese company’s rubber plantation, a sign that foreign investors are facing greater scrutiny over rights violations, analysts said on Wednesday.

The governor of the northeastern province of Ratanakiri on Tuesday asked the agriculture ministry to take out 64 areas from the land concessions, including forests, wetlands and burial grounds that belonged to a dozen indigenous communities.

But while the move was “a major victory”, the communities still needed compensation and help rehabilitating their land and waterways, she said in a statement.

Since the early 2000s, Cambodia has awarded large swathes of land as concessions to foreign companies for mines, power plants and farms, to spur economic growth and alleviate poverty.

Such deals, which covered more than a tenth of the country’s surface area by 2012, have displaced more than 770,000 people, human rights lawyers say.

Following protests and pressure from rights groups, Cambodian Prime Minister Hun Sen announced a moratorium on new concessions in 2012, and promised to review old ones.

But land rights activists say the reviews did not lead to significant changes.

The indigenous communities filed a complaint in 2014 over “serious” environmental and social effects with the World Bank’s International Finance Corporation (IFC), which had invested in a fund that financed HAGL’s ventures in Cambodia and Laos.

A dispute resolution process was set up, and HAGL agreed to stop further land clearances.

A year later, HAGL agreed to return land that was not planted or cleared, and its concessions were reduced by more than 60 percent.

The company, which pulled out of negotiations earlier this year, did not immediately respond to emails seeking comment.

Tuesday’s decision returns a further 742 hectares, according to the Highlanders Association and advocacy groups Equitable Cambodia and Indigenous Rights Active Members, which are representing the communities.

“It has taken more than three years of dialogue and negotiations, but this is an important issue that affects indigenous lives and their traditional rights over land,” said Eang Vuthy, executive director of Equitable Cambodia.

“Foreign investors must be held accountable for any violations and harmful impacts when they ignore due process, including consulting with communities and gaining their consent,” he told the Thomson Reuters Foundation by phone.

The communities last week filed a new complaint with the IFC over environmental and human rights violations, and the loss of land reserved for farming, he said.

As cross-border investments in the region increase, disputes over land have also risen.

Last year, Cambodian farmers who said they were forcibly removed from their land for sugarcane plantations, filed a case in a Bangkok court against a Thai sugar firm.