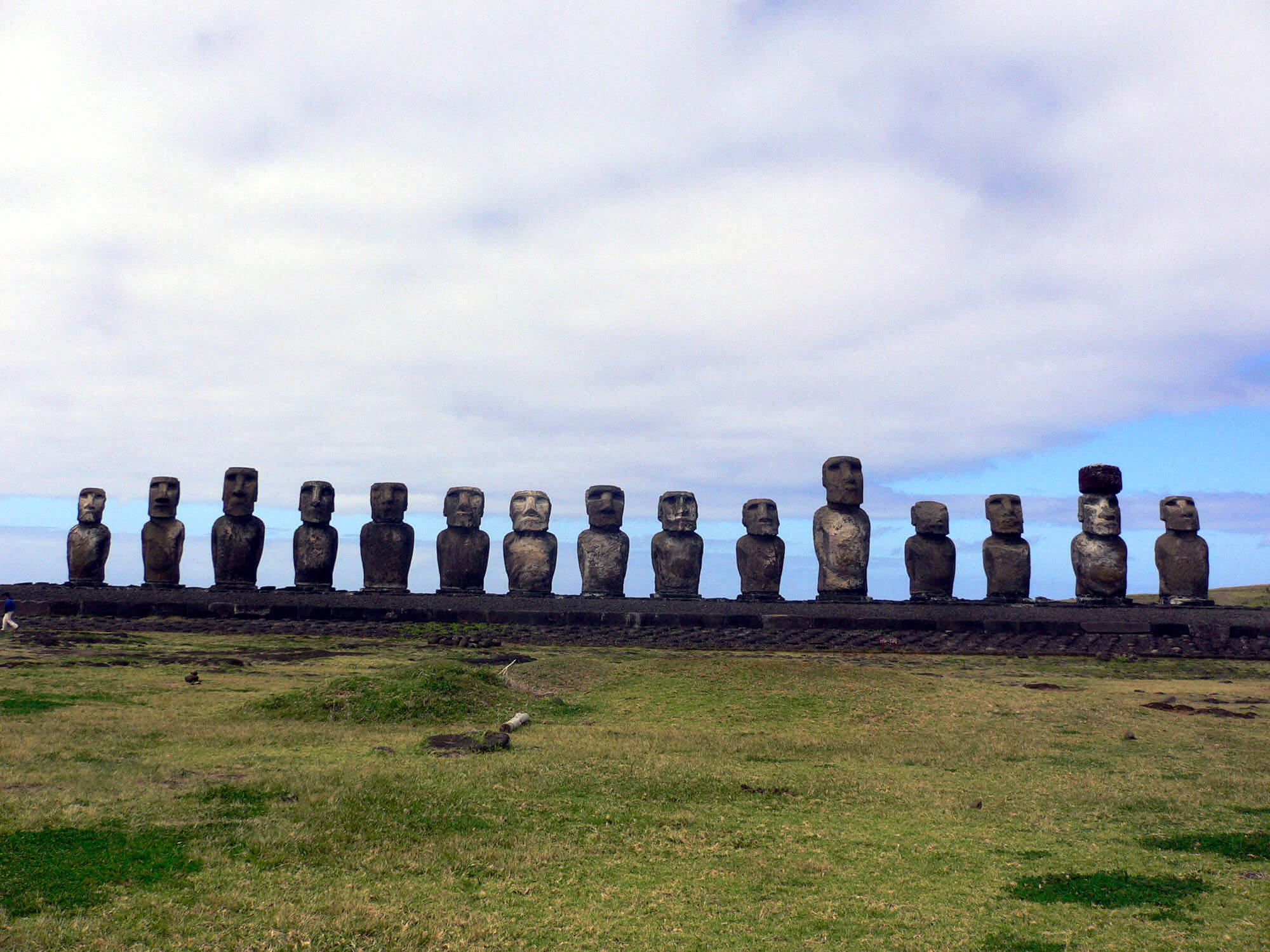 The famous Moais of Rapanui (Easter Island)
Support our journalism. Become a Patron!

WASHINGTON, D.C. — Chilean police have arrested and jailed three prominent Rapa Nui leaders following protests Aug. 26, 2015, against an illegal search of the Rapa Nui Parliament offices. Eliza Riroroko was arrested on Easter Island and faces a 120 day hold in Chilean custody. Eliza’s father, Matias Riroroko, was taken into custody in Santiago, Chile. In addition, the president of the Rapa Nui Parliament, Leviante Araki, was also arrested when he attempted to enter a Rapa Nui sacred site on Aug. 27.

“The arrests and detention of prominent Rapa Nui leaders are repressive measures aimed at reversing the control that the Rapa Nui Parliament has taken over their burial sites and sacred sites,” said Robert T. Coulter, executive director of the Indian Law Resource Center.

“The people of Rapa Nui, acting through the Parliament, are exercizing their right of self-determination and demanding an end to Chile’s colonial rule of the island. These arrests violate the human rights of all people of Rapa Nui by interfering with their access to their sacred sites and the burial places of their ancestors.  They also violate the Rapa Nui people’s right to self-determination. The Rirorokos and President Leviante Araki must be released at once.”

Rapa Nui leaders have expressed concern that the Chilean government is working to disband the Rapa Nui Parliament by targeting its members.

The Rapa Nui island, commonly known as Easter Island, is in the southeastern Pacific Ocean and is called a special territory of Chile, annexed in 1933 without the consent of the Rapa Nui Nation. Most of the 36 Rapa Nui clans have been engaged in a collective effort to recover their ancestral lands, protect sacred sites, and exercize their right of self-determination.

In 2010, protests by the Rapa Nui people against Chile’s lack of recognition of the clans’ land rights, poor management of their sacred sites, and lack of control over immigration to the island led to violent clashes with police leaving several Rapa Nui people injured when shot with pellets and beaten with rifles. The Indian Law Resource Center assisted the Rapa Nui in petitioning the Inter-American Commission on Human Rights to file a formal request to the government of Chile to protect the human rights of the Rapa Nui people. As a result, the Chilean government agreed to the Commission’s request and entered negotiations on these and related matters with the Rapa Nui Parliament. Negotiations broke down on March 25, 2015 due to the Chilean government’s inflexibility. On March 26, the Rapa Nui Parliament assumed management of their own resources to protect and preserve their sacred sites and cultural heritage.

“We are no longer willing to endure Chile’s colonial rule,” said Erity Teave, Vice President of the Rapa Nui Parliament. “We ask the world community to support us in our struggle to exercise self-determination, to protect our government and to safeguard our human rights.”

Because of the arrests and the threat of further repressive actions, the Rapa Nui Parliament is expected to request a renewal of the protective measures from the Inter-American Commission on Human Rights to protect their right to life and humane treatment. A protest march is scheduled for today on the island.

The Indian Law Resource Center is a non-proﬁt law and advocacy organization established and directed by American Indians. The Center is based in Helena, Montana, and also has an office in Washington, D.C. The Center provides legal assistance without charge to Indian nations and other indigenous peoples throughout the Americas that are working to protect their lands, resources, human rights, environment and cultural heritage. The Center’s principal goal is the preservation and well-being of Indian and other Native peoples. For more information, please visit us online at www.indianlaw.org or www.facebook.com/indianlawresourcecenter.