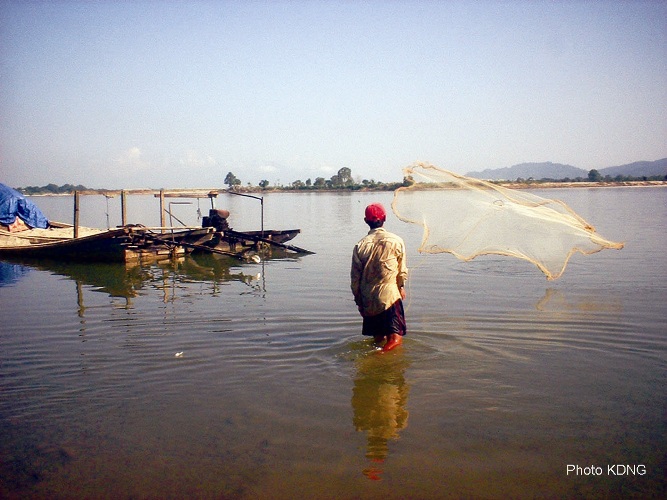 Several large companies are working “day and night” to mine for gold in areas that will soon be flooded by the infamous Irrawaddy Myitsone dam project in Burma’s Kachin State.

According to the Kachin News Group (KNG) there are seven companies working in the Irrawaddy “sacrifice zone”, an area the size of Singapore, including one of the hydro dam’s main contractors, Asia World Company.

KNG reports: “many new camps, tents and huts for gold miners have been constructed near the mines in the dam project site and around the Irrawaddy confluence village Tang Hpre, 27 miles north of Myitkyina. The gold mining activities are on day and night, according to Tang Hpre’s villagers.”

The villagers also say that Asia World, which was founded in 1992 by an opium drug-lord, has secretly brought in about 2000 Chinese laborers for mining, logging, and to dig tunnels.

In effect, the company is trying to get as much as they possibly can from the region before they help to bury it.

Once that happens, one more of the world’s biodiversity “hotspots” will be gone. And the resulting discharge of mercury from the mining operations will threaten even further the already-endangered Irrawaddy Dolphin. There’s a long line of other environmental impacts stemming from the project.

The immediate social and cultural impacts, are, perhaps, far more pressing. Roughly 15,000 people spanning 60 villages are facing imminent eviction from their lands; dislocation from everything they know and depend on.

Several villages have already received notices and bribes to abandon their life. For instance, in December, families from Tang Hpre were given a big bag of rice and a can of cooking oil.

Just prior to this, some of the villagers were forced to attend a gathering to celebrate the dam’s creation.

Nevertheless, public resistance to the project is growing.

Civil society groups like the Kachin Development Networking Group (KNDG), are also putting pressure on China Power Investment, the Myitsone project manager, “to immediately stop construction of the Myitsone Dam and other dams in Kachin State, and to avoid complicity “in multiple serious human rights abuses associated with the project.”