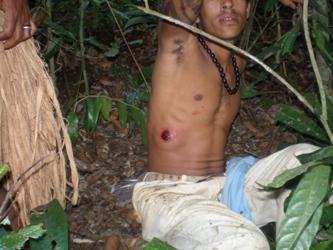 On the morning of October 21, a group of 120 heavily armed police attacked the Tupinamba community of Sierra Padeiro in the Brazilian state of Bahia.

According to an open letter from the community, the police marched into their territory a day earlier. The Tupinamba immediately requested a meeting with FUNAI, Brazil’s department of Indian Affairs, to which the police agreed. But when the Tupinamba went on their way, the police, without any warning or provocation, began to attack the community. 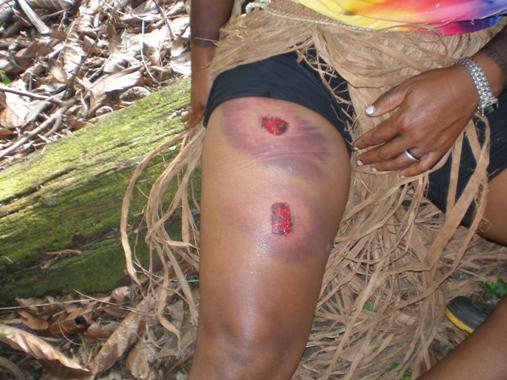 “They attacked our children, threw bombs, smashed our houses, took our work tools, stole our food and beat our elders,” states the open letter. The police also used rubber bullets which left behind massive contusions.

“On top of that, [the police turned around and] lied to society [by] saying that we were armed; if we had firearms, as they say, would we defend ourselves with stones, clubs and spears?”

The letter goes on to condemn the assault, aswell as FUNAI for its failure to resolve the Tupinamba’s land claim issues. They say FUNAI’s negligence is the only reason they were attacked.

“Much of the Tupinamba’s land has [already] been taken from them, and they have reoccupied some of it since the year 2000. But since FUNAI, the Brazilian government’s Indian Affairs Department, failed to submit a report identifying Tupinambá land to the Federal Court, the Indians are under [a constant] threat of eviction,” states a report by Survival International. “Three communities have already been evicted.”

To ensure against their eviction, as well as their own safety, the Tupinamba are demanding the federal government take immediate action to demarcate their land. Aswell, that measures be taken to punish those responsible for authorizing the attack.

“The Tupinambá say they are willing to resist at any cost. Many families depend entirely on the food they grow on their land. If the government does not act immediately, a serious conflict could ensue,” adds Survival.