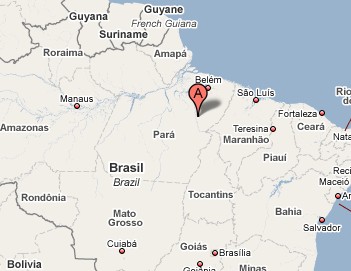 The Pastoral Land Commission (CPT), an ecumenical social justice organization in Brazil, is reporting that land owners in the Brazilian state of Para have begun to organize “death squads” in order to confront peasant groups entering their lands.

On February 1st, one such death squad invaded a settlement camp in the municipality of Breu Branco, resulting in the death of landless peasant leader Francisco Manoel Silva Souza, also known as “Chico Gold Tooth.”

The death squad, a group of seven heavily-armed gunmen, was hired explicitly to assassinate Manoel, as made evident by their actions when he laid on the ground.

They announced that they need his gold tooth to show their bosses, and then forced a child to open his mouth and remove it.

Then, setting fire to at least ten homes, the gunmen forced everyone to abandon the settlement and warned them to “never return.” They also destroyed what few personal documents the campesinos had held.

A total of 58 families were living in the settlement.

Numerous other settlements and Peasant leaders are facing similar dangers, especially in Para state, a region that, as Real World Radio notes, is home to some of the harshest land conflicts in all of Brazil.