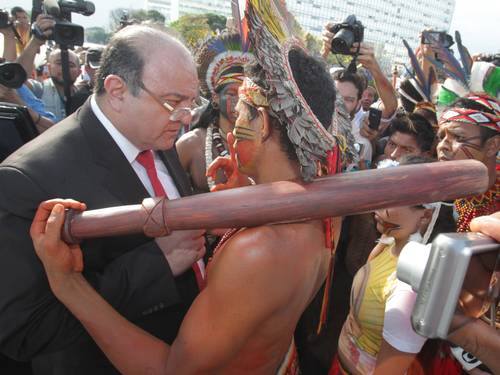 Nearly 1,500 Indigenous Peoples from across Brazil on Wednesday occupied a central road in the federal capital Brasília known as the Esplanade of Ministries, paralyzing traffic in both directions.

A part of the National Indigenous Mobilization convened by the Articulation of Indigenous Peoples of Brazil (APIB), the protesters are trying to stop a legislative assault that threatens to severely undermine or extinguish Indigenous rights in the country. 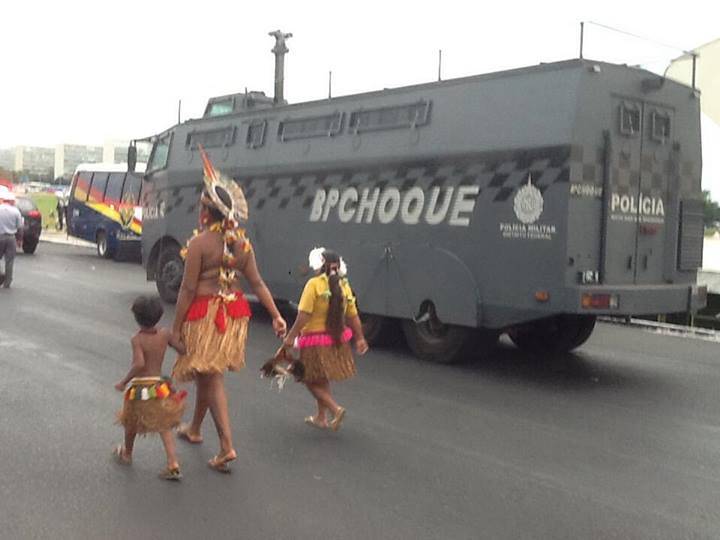 As examined in “Indigenous April 2013: Declaration Of Indigenous National Mobilization In Defense Of Indigenous Territories,” this legislative assault consists of several bills and decrees, including:

Prior to occupying the Esplanade of Ministries, the diverse group of protesters in Brasília, who represented more than one hundred ethnicities, attempted to enter the National Congress. The Indigenous Peoples were met with pepper spray. 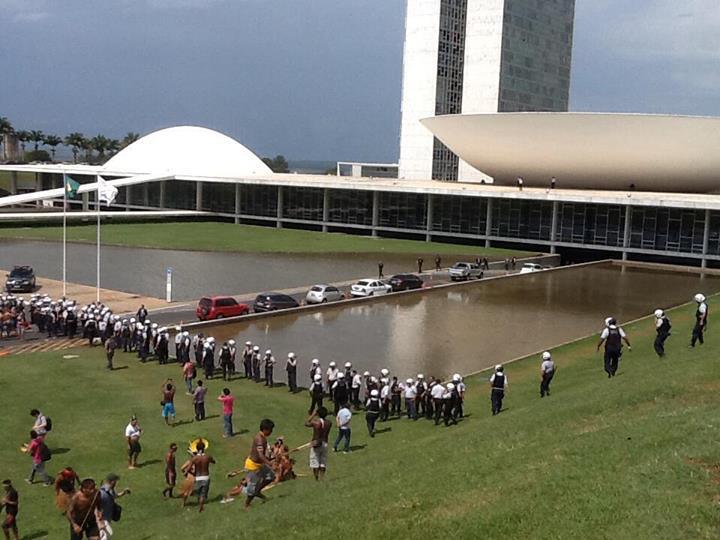 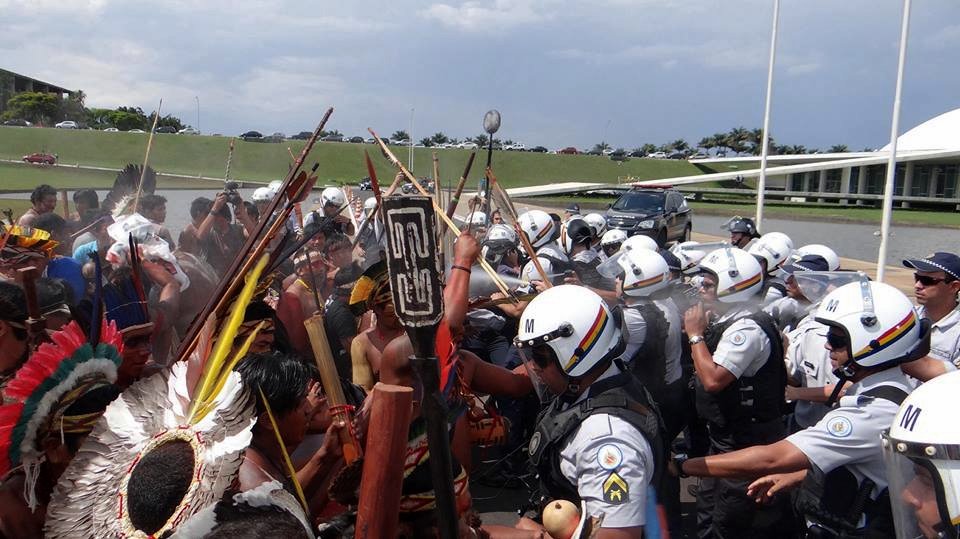 During the confrontation, APIB reported that one Tupiniquim participant was wounded with a deep cut to the arm and was sent to the University of Brasília Hospital (HUB) for medical attention.

Rather than take the entire group of protesters on, government officials went on to request a meeting with a small committee of representatives.

There was no consensus among the leaders, says the APIB. Many declined the offer, “[Insisting] that representatives of the government should come out of Congress and talk to all the Indigenous Peoples present.” However, a committee of 31 Indigenous leaders decided to meet with the acting President of the House, Andrew Vargas (PT-PR) to discuss PEC 215 and PLP 227.

At that point, “The Indigenous then decided to stop activity at the Axis Monument, above the Ministry of Justice. The car of government spokesman, congressman Candido Vaccarezza (of the Labor Party-PT of São Paulo), was stopped in the middle of the demonstration and Indigenous participants wrapped his car with toilet paper, and hung bills and coins on the windshield.”

APIB explains that “Vaccarezza is the chairman of the Joint Committee (House and Senate) of the proposed Supplementary Law Bill (PLP) 227, which deals with regulations to Article 6 of the Constitution, in relation to exceptions to the exclusive use of the Indigenous Peoples to their lands.”

At another point during the protest, “[four] large photos were the target of Indigenous arrows, one of President Dilma Rousseff, one of her chief of staff, Gleisi Hoffmann, and the other two, the president of the National Confederation of Agriculture (CNA) and Senator Katia Abreu. Following a ritual dance around the photos, they stepped on them.” 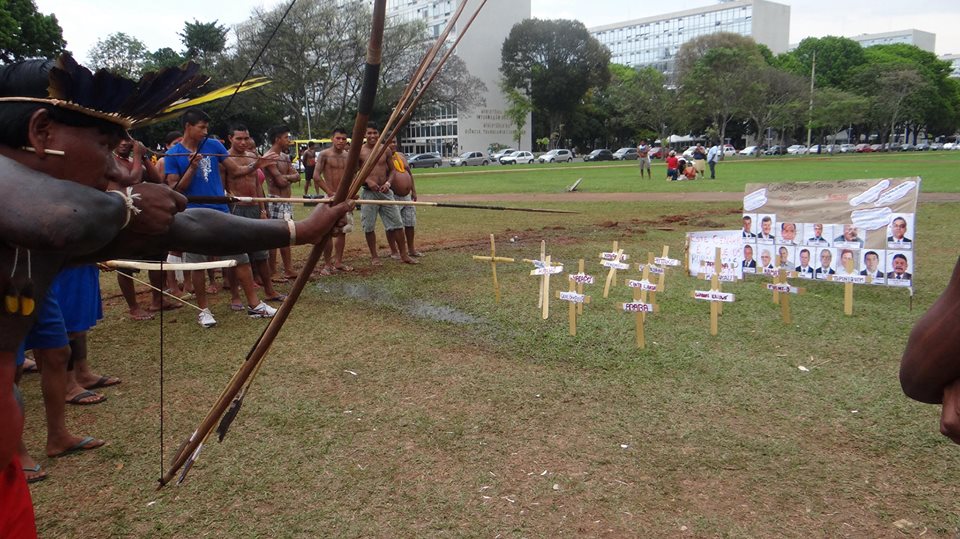 Later in the day, the Indigenous demonstrators returned to their camp where they held an assembly with Congressman Lincoln Portela. During the assembly, the Indigenous Peoples agreed to meet with a congressional group on Oct. 3 for further discussion.