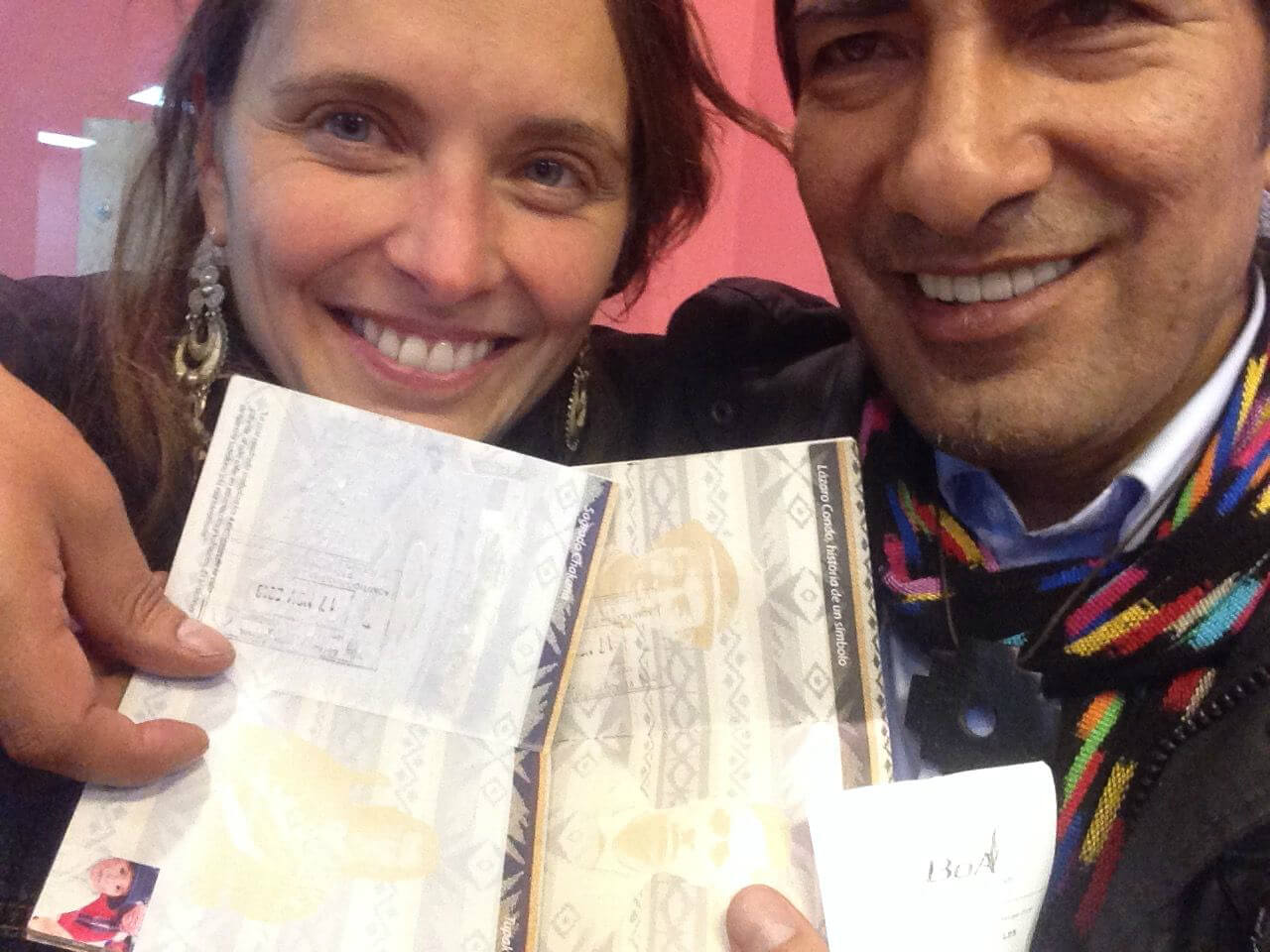 We are alarmed and deeply concerned to learn that Bolivian authorities have threatened to arrest Intercontinental Cry editor Manuela Picq and her partner, Indigenous lawyer and president of The Confederation of Kichwa Peoples of Ecuador (ECUARUNARI) Carlos Pérez Guartambel, for allegedly trying to falsify their identities by using Kichwa passports to enter Bolivia.

After the immigration official commented that he had “never seen such a passport” before, Picq explained that it was created about a year ago to realize Ecuador’s status as a pluri-national state.

The immigration official proceeded to stamp both passports, permitting Picq and Guartambel entry into Bolivia.

“We walked into Bolivia, just like that, making indigenous sovereignty a reality,” Picq told IC. 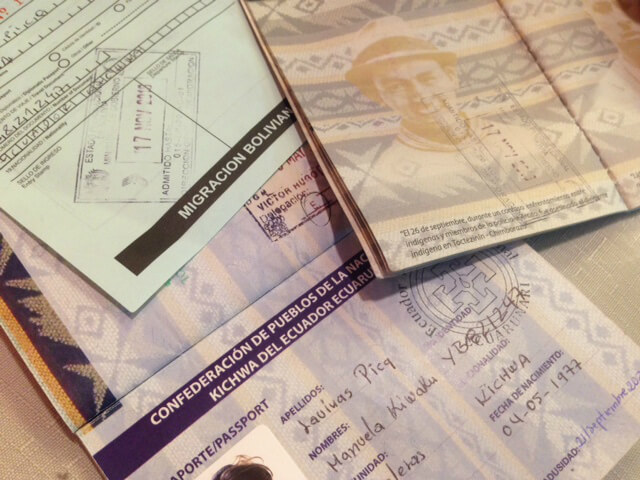 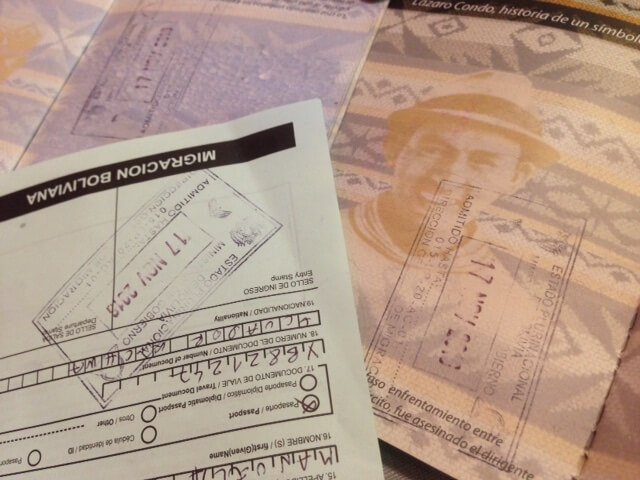 Picq are Guartambel are visiting Bolivia to attend the III Continental Summit of Indigenous Communication of Abya Yala.

According to a recent report by El Periódico Instantáneo del Ecuador:

Bolivian authorities denied that they were accepted into their country with an entry document issued by indigenous organizations and that the only valid one is the passport legally issued by the nations of origin; and in the case of members of the Andean Community of Nations (CAN), the citizenship card.

The report goes on to say that the “Bolivian ambassador to Ecuador Juan Enrique Jurado indicated that the Bolivian Ministry of Government is aware of the case and that investigations have been initiated, stating:

“What I can say tacitly is that this passport is not valid as a migratory document, and if it had happened it would only be an error by an official… We do not really know if Mr. Carlos Pérez Guartambel entered and returned, we have to check the stamps to see if they are really original stamps. You have to do a study. “

The Ambassador noted that INTERPOL had already been informed with the aim of locating the persons involved and determining the details of the entry. He added that, if the news were true, the migration official would have to be sanctioned, as well as those who tried to falsify their identity. “In this case, to use a document that is not valid, if the people are still in Bolivia, they will be arrested.

In addition to checking for irregular entry, they could be tried and this could lead to a prison sentence.

We acknowledge that Bolivian authorities must exercise some caution on this matter, however, we strongly dismiss any claims that Manuela Picq and Carlos Pérez Guartambel attempted to falsify their identities in any way, shape, or form.

We also urge the Bolivian government to hold both individuals harmless for exercising Bolivia’s status as pluri-national state–a status that is shared by Ecuador, where the Kichwa passport originated.

Under the auspices of Ecuador’s status as a pluri-national state, which establishes the concept of universal citizenship, and guarantees collective rights to self-determination, the Kichwa passports were created in 2015 by the Council of Government of ECUARUNARI, an organization founded in 1972 by 18 Indigenous Peoples and representing 14 different nationalities.

The Kichwa passport is a tool of diplomacy and good relations between indigenous nations and nation states.

It follows a history of self-determination that dates back to 1923 with the first recognized use of a Haudenosaunee passport, a form of identification and an “expression of sovereignty” that has been accepted as a legitimate passport in more than 50 countries.

While the Kichwa is relatively new compared to the famous Haudenosaunee passport it is no less valid.

We urge Bolivian authorities to uphold this important history as a plurinational state that has its own proud tradition of respecting indigenous self-determination.