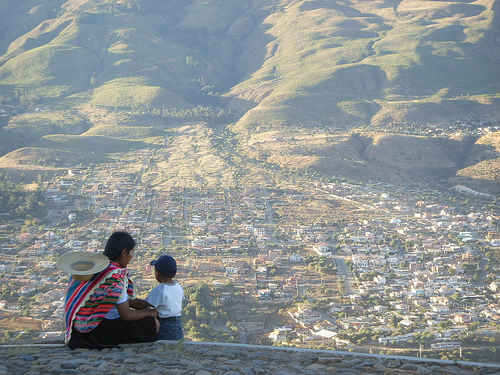 Presna Latina reports that the Bolivian government has “ratified its recognition of indigenous autonomies, in accordance with a November 2007 ruling and the United Nations Declaration on the Rights of Indigenous Peoples.”

Making the announcement on Saturday, Vice president Alvaro Garcia explained that “the country’s new political Constitution guarantees Bolivian native people the right to free determination, self-governing and to manage their own financial resources.”

He also “questioned the autonomy referendums being promoted by authorities from the departments of Benu, Pando, Santa cruz and Tarija,” saying they are unnecessary because autonomies are already legal. “They just need to be implemented”.

According to Inside South America, “the move promises to raise already-high tensions in advance of the May 4 vote, which Santa Cruz leaders have sworn will not be put off. A militant indigenous group known as the Red Ponchos allied to Morales has promised to march in Santa Cruz against the referendum. Militant youth in the province have meanwhile promised to defend their autonomy by force if necessary.”

“While Morales has pledged not to send troops into the province to stop the autonomy referendum, the possibility of violence breaking out is growing. The Organization of American States as well as neighboring Brazil have all sent diplomats into Bolivia to try to mediate between the two sides, so far to no avail. Read about those efforts here;“ and you can learn more about the referendum over at Bolivia Rising.