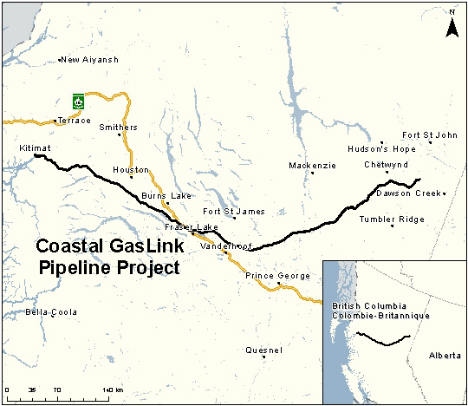 From September 18-21, 2013, the ‘Truth and Reconciliation Commission’ (TRC) is holding an event in British Columbia as part of its Canada-wide effort “to promote awareness and public education about the Residential School system and its impacts”. Simultaneously a fairly new organization named ‘Reconciliation Canada’ is organizing some events of its own to coincide with TRC’s event in BC. These events include a “Reconciliation Walk” and an “All Nations Canoe Gathering”.

It is not widely known or reported that the TRC’s BC Event is sponsored by none other than the American energy company Kinder Morgan. This curious little fact is quietly tucked away on their website for the event under “Acknowledgements”.

Kinder Morgan is an American energy company based in Texas seeking to build a new Tar Sands pipeline from Calgary to Vancouver to ship Tar Sands oil to China, directly putting rivers, waters, and our way of life at extreme risk. They currently own and operate a pipeline port that was built in 1952 primarily for domestic consumption; the new pipeline will be used exclusively for international export. To be more specific, Kinder Morgan’s pipeline is seeking to carry up to 890,000 barrels of oil products per day traveling across nearly 800 km of BC and Alberta.

Imagine it: Kinder Morgan’s operation would expand from the current 70,000 barrels per day to 660,000 barrels per day being exported in oil tankers. Seventy-seven thousand to six hundred and sixty thousand! This would increase the number of tankers they use each year from 80 to 420–each one carrying three times the amount of oil that was spilled by the Exxon Valdez. 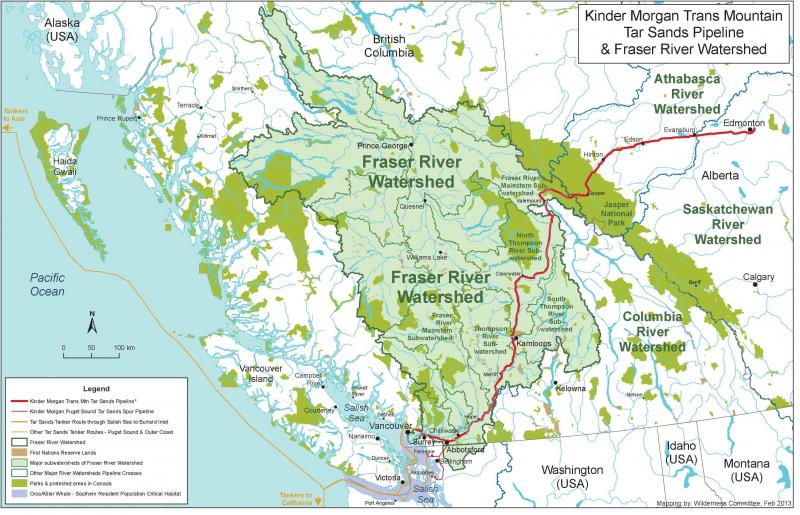 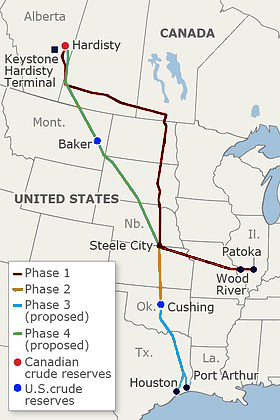 TransCanada is the energy company that seeks to build the Keystone XL Pipeline from Alberta to the Gulf Coast. This pipeline has faced huge opposition from Indigenous peoples along its route, along with environmentalists and many other concerned Canadians and Americans for the sheer environmental risk. Greenhouse gases emissions alone would exceed that of more than 4.6 million cars!

In addition to the Keystone XL, TransCanada is seeking to build the Coastal GasLink Pipeline from Alberta to the BC Coast; again, threatening the environment and livelihood of Indigenous people along the route.

I am a Sḵwx̱wú7mesh (Squamish) community organizer. I come from the territory where the main port for Kinder Morgan’s pipeline exists and plans to be built. The increased oil tanker traffic will travel through my peoples waters to ship raw bitumen to China. As a community that will be directly impacted by these plans and a descendant of Residential School survivors (having lived the inter-generational trauma from Residential Schools), I feel the issue of Big Oil sponsoring Reconciliation is an important issue that needs to be raised.

Big Oil companies such as Kinder Morgan and TransCanada use events such as this (particularly Indigenous organized events) to improve their public image in the face of opposition from Indigenous peoples and their allies. It gives them an opportunity to say, for example, “We support Aboriginal peoples by… giving sponsorship to these events, scholarships, foundations.”

I hope I don’t need to remind you that our Indigenous brothers and sisters up in the north and in the east are working extremely hard to prevent these pipelines from being built. In my community, we may not live with the direct impacts of an Oil Sand factory next to our reserve, or Liquified Natural Gas plants in our sacred ‘Spirit Places’ — but this is what Indigenous communities are resisting in many places.

To accept and use money from these companies is outrageous. It is an obvious contradiction: How can the organizers promote reconciliation while giving Big Oil companies a pass when those same companies are directly involved in damaging Indigenous ways of life? This was the exact purpose of Residential Schools. The Residential School system had sought (among many things) to displace Indigenous peoples from our homelands; yet again, these companies are seeking to displace our peoples from our homelands to reap the benefit at our expense.

I felt it important to share this information in the hopes that we discuss the problem of accepting funding from such morally corrupt institutions.

In no way do I wish to diminish the work of those involved in either of these events or the opportunity to have Residential Schools survivors participate in something meaningful that brings healing to them and their families. But accepting this funding is an issue that cannot be unnoticed or unaddressed. If it is acceptable here and now, it will be acceptable in the future for other organizations.

In short: it sets a precedent.

The big question is: Are we willing to walk our talk? Will we stand by our principles in opposition to destructive pipelines, oil sands, fracking, and companies that are attempting to increase these activities?

Saying “No” may feel like a negative thing to say sometimes, but in other ways it is an empowering, uplifting, and strengthening act. In this case, it also means we are saying “Yes” to our cultures, lands, and ways of life.

As well-intentioned as funneling money out of the savage beast is, I can’t in good faith see it anything but a tactic by our enemies to win. History of course repeats itself. It is a proven tactic.

In the late 1800s, the Catholic Church would start a mission to Christianize and convert my people. They began by offering gifts to prominent Sḵwx̱wú7mesh leaders to raise their stature and prominence. These leaders would be seen as special in the eyes of the Church. It would make these leaders more able, and more likely, to assist with converting the populace.

“The oppressors do not favor promoting the community as a whole, but rather selected leaders.” – Paulo Freire

Where are those gifts and where is the land?

Perhaps, 100 years from now, some of our descendants will talk about how these Big Oil companies offered gifts to select events, groups, and leaders, and how they in 100 years will have nothing to show for it.

As Indigenous people we live a life of paradox and contradiction. Our struggle for justice is to undo some of these contradictions. I understand not everything is black and white; but some things can be very simple. Out of all the choices we are given by government or destructive companies, will we accept their financial assistance thereby supporting their destructive agenda?

This is one choice we have complete control over. All we have to do is say “No”.

As I reflect on the paradox and contradiction of this whole issue, I am reminded of elder Marie George from Tsleil-waututh. The community Tsleil-waututh are neighbors to my people and live directly across from the Kinder Morgan oil tanker port. She has repeatedly said we need to oppose these companies and their plans. Her words that come to mind are:

Khelsilem Rivers is a Sḵwx̱wú7mesh-Kwakwa̱ka̱’wakw community organizer from Vancouver, British Columbia. He has worked for a number of years on decolonization and language reclamation supporting the resurgence of Indigenous peoples around principles of justice, freedom, and liberation.