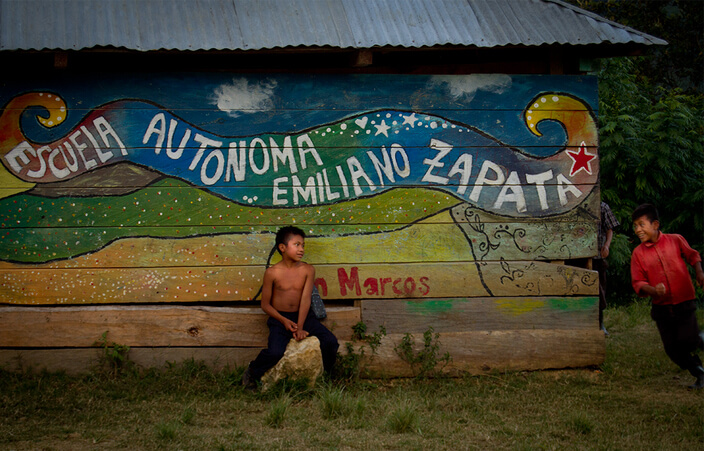 Beyond the Mask: The Road to San Marcos Avilés

The small Indigenous community of San Marcos Avilés, a village located in the mountains of Chiapas, Mexico, is divided into two sections: on the one side stand the people who are devoted to the Zapatista Autonomous Organisation and on the other, local people who rely on the Mexican governmental support. The relationship among them is extremely intense after a violent community outburst that took place 3 years ago.

Meanwhile the Mexican State has declared a shadowy drug war that has devastated the local communities and has claimed over 45,000 victims the last 5 years. At the same time the State supports big enterprise initiatives that relocate Indigenous communities from their land in order to construct there alternative tourism projects as a measure of social security and economic development.

As the general condition in the state of Mexico in the terms of social human rights and economy deteriorates, Zapatista villagers keep struggling in the terms of Autonomy far away from the cities, in order to keep their land from the hands of the enterprises, to endure the paramilitary drug war and to keep an open dialogue with urban people and political movements.

Beyond the Mask: The Road to San Marcos Avilés