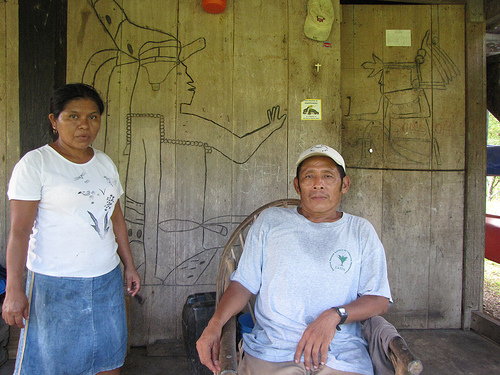 Continuing the roller coaster of decisions made regarding the land rights of the Maya people in Toledo district of southern Belize, the Court of Appeal has recently re-affirmed the Maya people’s rights to collective land ownership throughout southern Belize. This came, however, just days after the Government’s decision to grant US Capital Energy permission to conduct oil drilling inside the Sarstoon Temash National Park.

This struggle began in 1994 when without consulting the Maya people the government took an area of nearly 42,000 acres of Maya ancestral land to convert into the Sarstoon Temash National Park. Quickly after this conversion, the government opened up the national park to oil exploration by US Capital Energy Belize Ltd, a wholly owned Belizean subsidiary of American company US Capital Energy Inc.

However, in 1997 the Sarstoon Temash National Park Steering Committee, soon to become the Sarstoon Temash Institute for Indigenous Management (SATIIM) was created. This was for the purpose of  co-managing the national park with the Belizean Forestry Department after the communities around the park came together to stake a claim in the management of the land and natural resources in which the were dependent on for their livelihoods.

Since then, a number of important legal decisions have been handed down regarding the situation. In 2004, the Inter-American Commission on Human Rights (IACHR) issued a report recognizing Maya people’s collective rights to land traditionally used and occupied in Toledo. Finding that the Government violated Maya people’s right to property and equality under international law, the IACHR recommended that the Government delimit, demarcate and title Maya ancestral land.

In 2007, the Supreme Court of Belize found that the IACHR decision was binding on the Government of Belize, and it ordered the Government to recognize Maya land rights, demarcate and title their land, and cease and abstain from interfering with their right to property. In 2010, the Supreme Court clarified that the 2007 judgment applied to Maya throughout the district and issued an injunction prohibiting concessions. The Government then appealed this decision to the Court of Appeal.

In the meantime, the Government has taken no steps to comply with the Supreme Court or IACHR decisions. Furthermore,  SATIIM has been kicked out of the national park by the Forest Department. The official co-management agreement between SATIIM and the Forest Department expired in 2009, and since then SATIIM has been managing the park based on a verbal agreement with Prime Minister Dean Barrow. In a letter to SATIIM dated July seventeenth, 2013, the Forest Department formally terminates its working relationship with SATIIM as it relates to the management of the Sarstoon Temash National Park. In fact, SATIIM has even been denied access to the national park.

On 25 July 2013, the Court of Appeal affirmed Maya land rights already established through multiple decisions. In an opinion by Chief Justice Manuel Sosa, the Court found that the Maya possessed rights to land and resources in Southern Belize based on their longstanding use and occupancy.

The Court of Appeal unfortunately also concluded that the Supreme Court erred in its 2007 decision which found that the Constitution of Belize imposes a positive obligation on the Government to adopt affirmative measures to protect the rights of the respondents. Based on this conclusion, the Court of Appeal struck out the Supreme Court’s injunction against Government interference with Maya land.

Gregory Cho’c, Executive Director of SATIIM, has explained how the organization is seeking legal redress against the Government’s decision to grant US Capital Energy permission to conduct oil drilling inside the Sarstoon Temash National Park. Also, that SATIIM plans on continuing to fulfill its side of the co-management agreement, stating:

I want to make clear here, the wishes of the communities of the Buffer Zone that   the park is indigenous land; as a people, we have sacrificed, we have been denied access to the very land that we owned; we have recognized and have always  recognized the importance of protecting and safe guarding our natural resources and I want to tell the Forestry Department and the Government of Belize that SATIIM will continue to manage and protect the National Park because it is our interest and the interest of the Belizean people.

The government of Belize is breaking its own laws in order to continue the repression of the Indigenous Maya. The National Park Systems Act, as well as the 2007 and 2010 Supreme Court’s ruling on the Maya Land Rights case clarify the land rights involved and what government actions are allowed.  Cho’c rightfully claims that the Government never had the authority to grant concession permits on those lands because those lands were never Government-owned lands.  SATIIM is also asking the court to suspend US Capital Energy’s operations in the National Park until the court makes a ruling on the aforementioned issue.