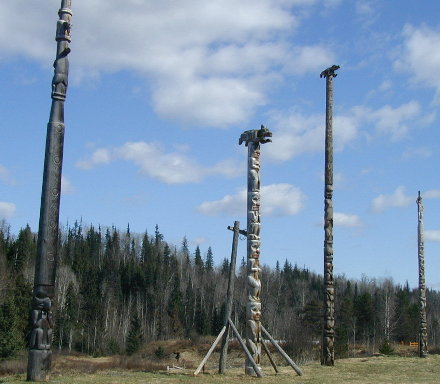 “The Crown’s obligation to reasonably consult is not fulfilled simply by providing a process within which to exchange and discuss information”, states B.C. Supreme Court Justice Kathryn Neilson in her final ruling on the Crown’s consultation obligations to Indigenous People.

The case, Wii’litswx v. British Columbia, was centered around the B.C. Forestry Ministry’s failure to reasonably (adequately) consult the Gitanyow First Nation when they issued licenses that gave logging companies access to a part of the Gitanyow’s traditional territory.

“Judge Nielson pointed out that there was ‘a long and troubled history of over-logging and unfulfilled silviculture obligations on Gitanyow traditional territory'”, notes Mohawk Nation News (MNN). “The Crown agreed that it had ‘a duty to meaningfully consult with the Gitanyow in good faith and to reasonably accommodate its concerns and interests’. It ignored them. As the judge said, ‘Meaningful consultation and accommodation’ is more than just ‘thorough discussion’. She found that the Ministry of Forests should have come up with a plan ‘endorsed by the Gitanyow’.”

One thing she failed to mention, however, is the Gitanyow’s “right to decide whether foreign corporations can cut their trees.” That is, their right to informed consent.

This is something that Judge Neilson, along with every other Judge in Canada, has been very careful to avoid.

Ads for the Ministry’s failure, Judge Neilson states, “[T]here is no question that substantial logging and road building have occurred on those lands and that these activities have had a significant impact on the sustainability of timber resources and on other aspects of Gitanyow tradition and culture.”

“Logging activity has impacted other aspects of Gitanyow culture as well. It has destroyed the Wilp cabins. [Gitanyow society is organized into matrilineal units, individually called Wilps, or Houses.] Removal of resources has prevented the Hereditary Chiefs from carrying out their duties under Gitanyow Ayookxw, or law, to manage their Wilp territories and resources to ensure future sustainability. As well, they have been unable to draw on these resources to maintain their Wilp culture and traditional activities, and instead must use personal funds for these purposes. Gitanyow say that this has caused not only financial hardship, but pain and shame among its people,” she continued.

To address these and other damages, the plaintiffs sought Declaratory Relief, the prohibition of logging in their territory, and a writ of mandamus to compel the government to “effectively and meaningfully consult and accommodate Gitanyow aboriginal rights and title.”

Judge Nielson, however, did not make a decision on whether or not to meet these requests, and nor did she quash the illegal licenses. MNN adds, “The Gitanyow had already agreed to let the licensees continue to operate. [Band council sell outs again!] Judge Neilson invited further submissions on what to do. The traditional people can file a written objection to the Court. In effect, the judge has already invited them.”