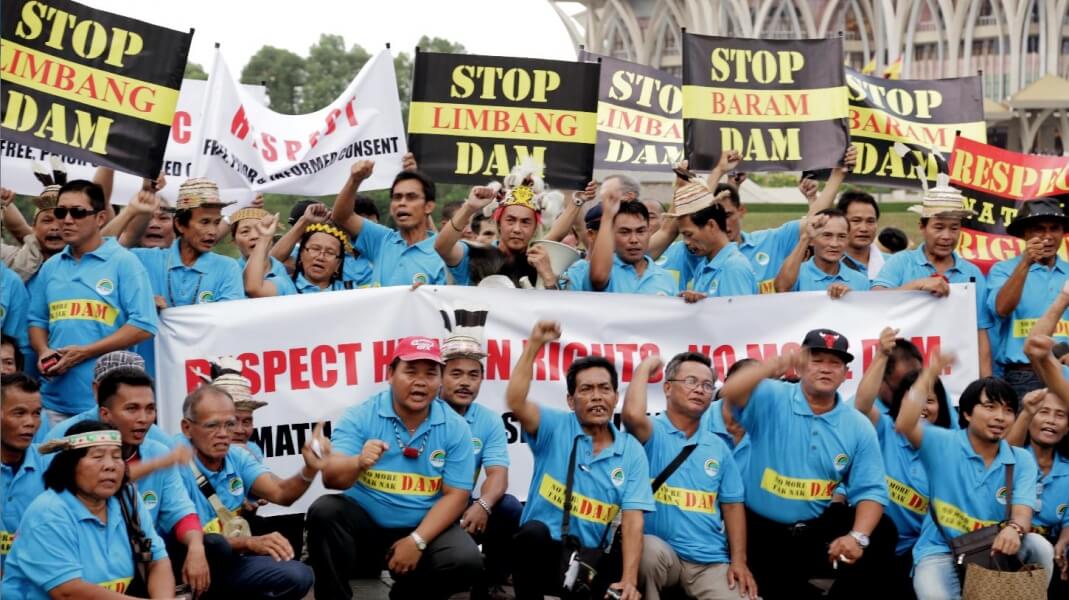 A little over two years ago, in October 2013, hundreds of indigenous villagers from the little-known Baram region in Sarawak state, Malaysian Borneo, took a courageous – and some might say foolhardy – stand.

In August, their government had made an unconstitutional move to seize their land to build Baram Dam – a dam the community had successfully fought for years. Now the government was taking the first steps to extinguish the land rights of people living near the proposed dam site. Enraged and afraid, several households launched court cases to demand the government return their rights to their customary lands.

But the villagers knew that wasn’t enough.

That October, hundreds of indigenous villagers headed to the dam site. They chased away 30 Sarawak Energy Berhad (SEB) workers who were in the forest doing geological studies for the dam. Then they set up a blockade to stop any other workers from returning.

Miles away, at the small village of Long Lama on the Baram River, other villagers set up a second blockade – to prevent cement trucks and workers from constructing the access road to the Baram Dam.

The project was at a standstill. The two road blockades did their job, successfully preventing surveying work, logging and construction at the proposed location of the Baram Dam for over two years. It was an inspiring win for indigenous rights, but a tenuous one; the government attempted to use force to dispel the blockade. No one was sure how long this state of affairs would last. Then, last year, we saw the first faint glimmers of progress.

The newly elected Chief Minister of Sarawak, Adenan Satem, announced a moratorium on the project. This was a first for the government, and villagers greeted his announcement with cautious optimism.

But Adenan also called on the affected communities to dismantle the blockades, which raised suspicions that the moratorium was just a feint. The villagers refused. The overarching program behind the Baram Dam – the “Sarawak Corridor of Renewable Energy” (SCORE) – had not been altered, and Adenan had not revoked the orders to extinguish native customary land rights to the area around the construction site.

Yesterday, just in time for World Water Day, everything changed. The Sarawak government officially revoked the gazette extinguishing the native ownership rights for land earmarked for the dam site and its reservoir, and returned the land to its rightful indigenous owners.

The Baram Dam win is a boost for indigenous rights everywhere. It shows us that repression is not the inevitable end of the story. It shows that, sometimes, a government can take a different course — it can listen to the people whose land it’s trying to seize. It can honor their rights. It can pursue projects where they are welcome, and not force them upon communities that don’t want them.

Of course, not every group of indigenous activists is so lucky.

In October of last year, the people of Baram celebrated the second year anniversary of the blockade with an international event called “World Indigenous Summit on Environment and Rivers” (WISER Baram 2015). WISER brought together indigenous participants from seven different countries facing mega-dams. One of the delegates was internationally renowned environmental activist Berta Cáceres. Berta was assassinated in Honduras three weeks ago. Then, less than two weeks after the murder, one of her colleagues at the organization COPINH, Nelson Garcia, was also murdered.

Berta’s story shows us the dangers indigenous people face when standing up to land grabs by repressive governments and powerful financial interests.

But Baram’s story shows us that resistance is possible, and that it can succeed.

This article was originally published at International Rivers. It has been republished at IC under a Creative Commons License.