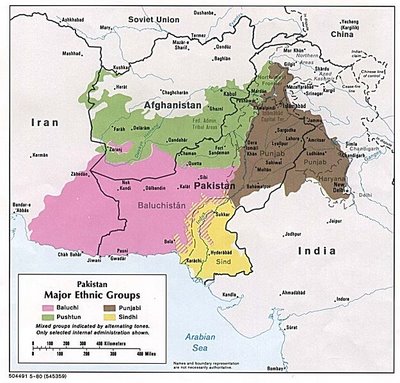 With concerns rising over Pakistan’s horde of nuclear weaponry, a Washington-based education and advocacy group for the Baluch People begins a campaign to denuclearize Pakistan and stop the government from conducting further nuclear tests in the once-sovereign Nation of Baluchistan–now a province of Pakistan.

Baluch lands were drenched in radiation following Pakistan’s set of nuclear tests in 1998.

No independent study was ever carried out to document the consequences of those tests. However, as the independent journalist Ahmar Mustikhan notes in his article below, One out of every three Baluch nomads now suffer from cancer, and a lack of clean water continues to “wreak havoc” in the region.

Sign a petition to support the call for an end to nuclear tests in Baluchistan!

A DC-based Baluch group, supported by Americans and oppressed nationalities from Iran and Pakistan, has urged the International Atomic Energy Association and the United Nations to take steps to denuclearize Pakistan and stop it from conducting further nuclear tests in Baluchistan.

The demand was made at an event “Nuclear Tests in Baluchistan: Political and Environmental Impacts” organized by the premier Baluch advocacy and educational group, American Friends of Baluchistan, to mark the 11th anniversary of Pakistan’s testing of nuclear weapons.

An A.F.B. board member Rasheed Baluch of Texas in his opening statement described May 28 as a day of mourning for nearly 20 million Baluch people all over the world.

“The three tests conducted in Chagai and two tests in Kharan are the worst harm Pakistan occupation inflicted on Baluchistan,” Rasheed Baluch said. “[But] I take pride in informing the world that the Baluch people have unitedly as one nation come out openly against testing of nuclear weapons. It is a shame many Pakistanis observed the day as Yom-Takbeer, or the day of Allah’s greatness. This was like rubbing salt on Baluch wounds.”

Two Iran-based leaders Dr. Karim Abdian, executive director of the Ahwaz Human Rights Organization, and Karim Behruz, a representative of the Kurdistan Democratic Party of Iran expressed solidarity with the hapless Baluch people in Pakistan and Iran and urged the world, particularly the U.S., not to take the Iranian nuclear ambitions lightly.

Development expert Fauzia Deeba, in a detailed presentation, deplored the pitiable social conditions in Baluchistan and said the lack of clean potable water has created a havoc with the lives of the people.

“Barely point zero zero one percent of the population has access to medicare,” she said.

According to eminent Pakistan nuclear physicist, Dr. Pervez Hoodbhoy, the Pakistan Atomic Energy Commission did not allow any environmental impact assessment of the tests in Baluchistan.

In a recent article in Dawn newspaper, Hoodbhoy wrote:

“As for the Baloch, they deeply resent that the two nuclear test sites — now radioactive and out of bounds — are on their soil. Angry at being governed from Islamabad, many have taken up arms and demand that Punjab’s army get off their backs. Many schools in Balochistan refuse to fly the Pakistani flag, the national anthem is not sung, and black flags celebrate Pakistan’s independence day. Balochistan University teems with the icons of Baloch separatism: posters of Akbar Bugti, Balaach Marri, Brahamdagh Bugti, and ‘General Sheroff’ are everywhere. The bomb was no glue.”

Behruz expressed concerns over the safety of the Iranian and Pakistani nuclear program and condemned Islamabad for its atrocities against the Baluch people, including the nuclear tests 11 years ago.

Abdian and Behruz both said Teheran’s stance that its nuclear program was meant for peaceful purposes was a big, white lie.

In his speech in fluent Baluchi –translated by a Baluch English poet –, A.F.B. presiding council member Mohammed Ali Baloch narrated the historic facts about the annexation of Baluchistan and said his country was granted independence prior to the independence of Pakistan.

“Pakistan failed to honor even the Instruments of Accession that was signed by Baluch ruler Mir Ahmedyar Khan under duress,” he added.

Mohammed Ali Baloch deplored that at the time of the Chagai tests people of Baluchistan were neither informed nor taken into confidence, playing a havoc with the life and well-being of fauna and flora in the region, including the nomads and their livestock.

He said he agrees with the views of veteran Baluch nationalist leader Nawab Khair Bakhsh Marri; “Nawab Marri said a satisfactory resolution to Baluch grievances is impossible to find within the framework of Pakistan.”

A.F.B. presiding council member Laurie Deamer, who came with her parents Ray and Wendy Deamer from Pennsylvania, to attend the meeting paid tributes to the Baluch people for their national sentiments against nuclear weapons.

The meeting was informed that protest meetings and rallies were organized by the Baluch inside Pakistan under the bayonets of the Frontier Corp and police.

Walt Landry, executive director of the Think-tank for National Self-determination deplored the tests in Baluchistan, later told a reporter he had suffered a grave personal loss because of nuclear tests.

“My brother was once posted at a testing site somewhere near Arizona and New Mexico. He died of leukemia some years later,” he said.

Rasheed Baluch cited Banuk Ria Baluch who told a rally in Quetta a day earlier on Thursday that the uranium used in the testing came from the Baluch territories in the Punjab called Dera Ghazi Khan. “No civilized nation can conduct such tests on its own lands,” he quoted her as saying.

Ria Baluch had also equated the Pakistani tests on Baluchistan to the U.S. dropping of atomic bombs on Hiroshima and Nagasaki.

Rasheed Baluch said the nuclear tests have given rise to an alarming ratio of cancer cases with at least one in every three nomads suffering from cancer and also resulted in severe drought in the area.

Rasheed Baluch also cited Professor Sabah Dashtyari, who at the rally in Quetta had urged Baluch mothers to teach their children from an early age what harm Pakistan had done to their country so that each and everyone of them may grow up hating nuclear tests and foreign occupation.

A.F.B. presiding council member Waja Karim Bakhsh of Atlantic City recalled that last year when the Baluch observed the day of mourning Waja Ghulam Mohammed Baloch of the Baluchistan National Movement led a protest rally in Karachi and along with Wahab Baloch was picked up by the Pakistani intelligence services and freed after being tortured.

He said on April 3 this year Ghulam Mohammed Baluch, 45, and two other political activists Munir Baloch, 50, and Sher Moahmmed Baloch, 35, were abducted by the Inter Services Intelligence shot in the head and their bodies dropped from a military helicopter outside the town of Turbat.

For the first time in history both the United States and the United Nations condemned the killing of the three Baluch activists.

Rasheed Baluch expressed optimism every American who wants an end to nuclear arms will support the mission of the American Friends of Baluchistan and help us realize the dream of Ghulam Mohammed Baloch for an independent Baluchistan, free of nuclear weapons.

“Many a time in world history, dreams are realized long after the dreamers are gone,” Rasheed Baloch said.

Sher Mohammed Baloch, originally a seaman who now a naturalized American and lives in Atlantic City, said the Baluch in North America can play a valuable role in informing the world about the dangers of nuclear arms as they themselves have fallen victims to nuclear radiation.

In his concluding remarks, Robert Selle, one of the founders and presiding council member of the American Friends of Baluchistan expressed concern over the situation in Pakistan and demanded the right of nations to self determination for the people of Baluchistan.

He asked U.S. lawmakers to ensure that Baluchistan should get its share from the U.S. funds being provided to Pakistan if Washington D.C. was sincere in peace in the region.

Meanwhile, the American Friends of Baluchistan is seeking to work closely with U.S. environmental groups, including the premier Alliance for Nuclear Accountability, and is in touch with the organization’s executive director Nicholas Roth.

The A.F.B. shares Roth’s passion for a nuclear-free world.

Founded in fall 2006, two of the 10-point agenda of the A.F.B. pertains to nuclear testing.

The A.F.B believes in end the nuclear programs of both Pakistan and Iran. “Nuclear testing on the soil of Balochistan as practiced by Pakistan is against the wishes of its people and must stop,” the non-profit group’s mission statement says.

The A.F.B. further demands, “At the least, the Chagai nuclear test range should be opened for international inspections. But inspections should not diminish the goal of making the entire region a nuclear free area.

Also A.F.B. presiding council member Rasheed Baluch will establish contacts with other Baluch individuals and groups for the formation of a Baluch Action Committee to work on an issue to issue basis with them, including winding up Pakistan’s nuclear test ranges in Chagai and Kharan.

Rasheed Baluch will also be in touch with Ahwazis, Azeris, Kurds, and Turkmens from Iran, and Pashtuns, Sindhis and Seraikis from Pakistan to form alliances with them and to take collective action on environmental and political issues as and when needed.