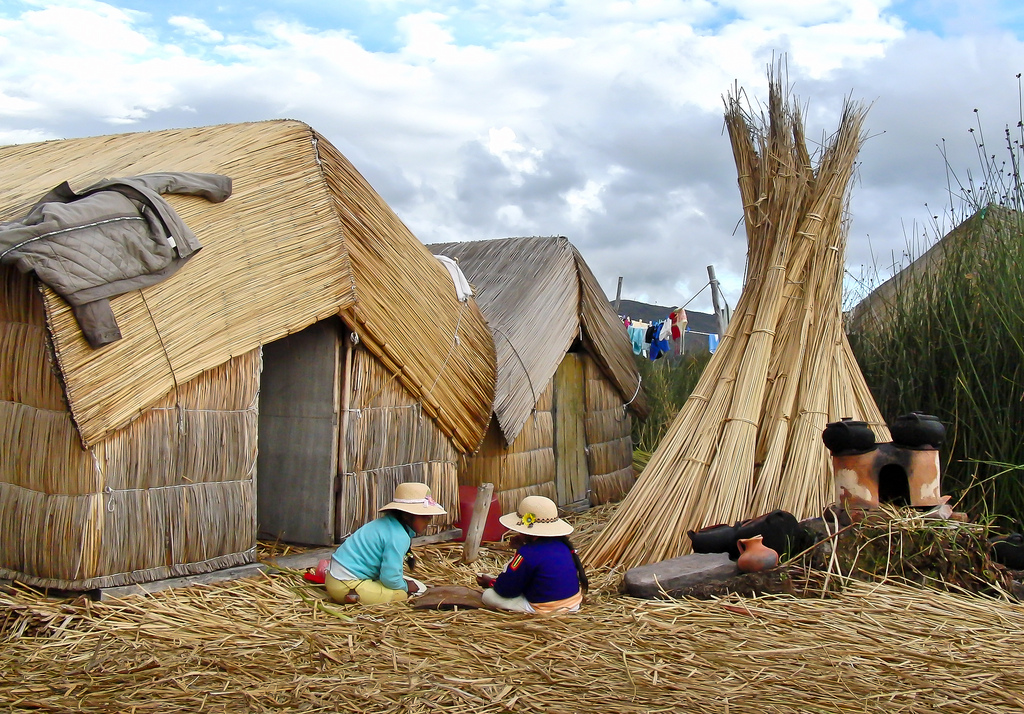 A team of Chilean researchers has recently published a report on the mental health of Aymara schoolchildren in Northern Chile, suggesting that involvement with their culture may act as a protective factor against psychological distress, including anxiety and hopelessness.

The Aymara people number approximately 2 million and live close to the Andes mountain range in Central and Western Bolivia, Southern Peru, North-Western Argentina and Northern Chile. In Chile the Aymara population is some 48,000 strong making them the largest indigenous group in the country, second only to the Mapuche. Today only 2,000 or so Aymara are still living in traditional communities in the flatlands of the Andean plateau (including in the Lauca Biosphere Reserve) speaking their own distinct language. Theirs is an agrarian-based culture cultivating corn, potatoes and quinoa and domesticating alpacas, vicuñas and llama for their wool, meat and milk and meat. More generally, Aymara families take traditional forms where the young receive advice from older members and roles are also traditional where the mother tends to take care of household tasks and is responsible for educating the child, whereas the father often makes family decisions and is the bread-winner.

Consistent with the 90% of the Chilean population as a whole, most Aymara, however, have migrated to live in urban areas; many moved to the coastal cities of Arica and Iquique. This en masse coast-bound exodus was largely a product of Chile’s long-standing policy of Chilenization, where indigenous peoples are persuaded to take on the cultural norms and values of the Chilean hegemony. This process has been witnessed throughout the history of the region, perhaps most notably by the Mapuche people and is well-documented during the Pinochet dictatorship (1973 – 1990). The Aymara too re-tell incidents of pillaging and seizure of land, formal schooling and compulsory military service during these years.[1] The potential hazard involved in the mass and rapid migration of the Aymara is the loss through abandonment of traditional culture in the adoption of ‘Chilean’ lifestyles. As the authors of the report published in BMC Psychiatry, suggest:

It is important to point out that although some Aymara may have embraced Chilean culture, in general there is a tension between Aymara belief in the importance of land and water and the actions of the Chilean state. For example, diversion of water from the Altiplano for the purposes of hydroelectricity generation has been the source of much discontent among Aymara people. Given the potential trauma involved in migrating and abandoning the culture then, coupled with the economic, educational and social inequalities that many Aymara face, one might expect more stress and psychological distress to be present in Aymara children when compared with others.

Mental Health
As the slogan goes, ‘there can be no health without mental health’ and mental health and wellbeing issues are nearly as ubiquitous as the common cold. Around 1 in 5 of us will suffer with some form of mental health problem over a year. In the UK, for example, approximately 1 in 10 children are living with some kind of mental health problem and it is these early years of childhood, adolescence and young adulthood that are crucial for later life. There has thus far been less research on the mental health of young people in Chile and virtually nothing on indigenous peoples in the country. However, one study showed that the prevalence of psychiatric disorder in Chilean children was high (around 22%).

The latest BMC Psychiatry study lead by Alejandra Caqueo-Urízar included more than 700 Chilean children (37% Aymara) and asked them to complete questionnaires on anxiety and depressive symptoms as well as a self-report instrument designed to measure the level of involvement in Aymara culture. The authors found no major difference between Aymara children and others but importantly those with more involvement with their culture showed less mental health symptoms, suggesting that maintaining traditional culture (perhaps through social support, and involvement in spiritual rituals and practices) could be a protective factor against the development of common psychiatric problems such as anxiety and depression. It is also the case that Chilean children as a whole report quite high levels of mental health problems in general and so Aymara children in Chile may be particularly at risk of developing problems if they have little involvement in their own culture. Further research is needed to tease out some of the complexities of these issues though. Ignoring the importance of the culture beliefs of the Aymara, however, would be a mistake as is made clear by one of the participant’s in Amy Eisenberg’s collaborative exploration of Aymara perspectives on development in the Andes:

“One should take pride in one’s land and culture. There is a popular saying in Aymara, ‘They cut our branches, they burn our leaves, they pull out our trunks . . . but never could they overtake our roots.’ This was addressed to the Spaniards.”[2]

This article was originally published at www.indigenousnews.org