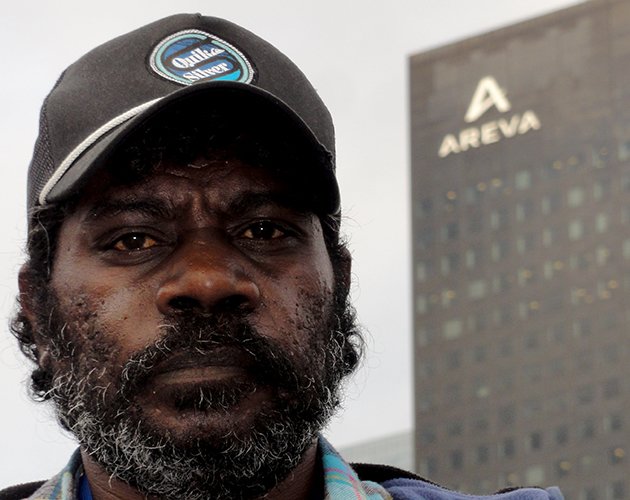 The Australian government finally made good on its word. On 6 February, 2013, Environment Minister Tony Burke introduced the “Completion of Kakadu National Park (Koongarra Project Area Repeal) Bill” signalling an end to one of three long standing struggles against uranium mining within the Alligator Rivers Region of Australia’s Northern Territory.

Just a few short days ago, Australia’s senate passed the Bill, ensuring once and for all that Koongarra is permanently protected.

“This is a great day for me, my country and my culture. My mind is at peace now that I know that there will be no mining at Koongarra and that Djok lands will be protected forever in Kakadu National Park,” said Jeffrey Lee, Djok Senior Traditional Owner and the Custodian of Koongarra, in a written statement.

“I have said no to uranium mining at Koongarra because I believe that the land and my cultural beliefs are more important than mining and money. Money comes and goes, but the land is always here, it always stays if we look after it and it will look after us.”

The 12,000 acre region was originally excluded from the National Park because of a large amount of uranium that was discovered there in the 1970s. It was an extremely controversial move, given that Koongarra is also home to at least 50,000 years of Indigenous history and culture.

In 1995, the Koongarra deposit was acquired by the French uranium giant AREVA. The company tried several times over the years to access the deposit; but they were blocked each and every time by Traditional Owners. However, that didn’t stop them from continuing to try.

Their last big effort, as it now turns out, was to bribe the Custodian of Koongarra. In 2007, the company told Mr. Lee–who was born the same year the massive uranium deposit was identified, in 1971–that he could be one of the richest men in the world.

Instead of accepting the offer, Mr. Lee began working to have the boundaries of Kakadu Park redrawn to encompass Koongarra. That way, as Mr. Lee said in 2007, “it will be protected and safe forever”.

Now it is. On 15 March, 2013, Koongarra officially became a part of the World Heritage listed Kakadu National Park.

As welcomed and important as this victory is, the struggle against uranium is still far from over.

Koongarra wasn’t the only area that was excluded from the National Park. The government also left out the “Ranger” and “Jabiluka” sites, both of which are owned by another mining giant, Rio Tinto. Currently, only the Ranger site is being actively exploited.

The Ranger mine is a massive controversy onto itself. Ever since the mining operation began, there have been more than 100 environmental errors and breaches leading to the unintentional release of approximately 12 million liters of contaminated water, as Mirarr Elder Yvonne Margarula explained in a 2011 letter to UN Secretary-General Ban ki-Moon. Despite the concerns, Rio Tinto–through its subsidiary, Energy Resources of Australia (ERA)–wants to expand the Ranger mine. The Jabiluka site is a very different story. Exploitation of this deposit was halted in 1998, following an eight-month blockade that involved thousands of indigenous and non-indigenous protesters. As a result of that effort, Rio Tinto eventually came to sign the “Jabiluka Long-Term Care and Maintenance Agreement” which guaranteed that the Mirarr would have veto rights over any future ‘development’ at Jabiluka.

However, that’s just not good enough for the Mirarr. Like with the Koongarra site, they want to bring Jabiluka and Ranger into the National Park.

Yvonne Margarula recently stated, “Traditional Owners must be allowed to make their own decisions about development on their country. Jeffrey has been speaking out to protect his country and we support him. He has always said no to mining at Koongarra and we support him when he says he wants to see that country put into the National Park. We want to see the same protection for Mirarr country.”

Around the same time that Environment Minister Tony Burke introduced the “Completion of Kakadu National Park Bill” the Mirrar Peoples announced that they had initiated “a renegotiated agreement for the existing Ranger mine, which was imposed on them in 1978. This agreement, along with provisions of the federal Atomic Energy Act, provides for the Ranger area to also be included into Kakadu National Park as the mine is rehabilitated.”

Justin O’Brien, The executive officer of Gundjeihmi Aboriginal Corporation, which represents the Mirarr Traditional Owners, commented, “This action by the government is to be applauded, although the name of the bill incorrectly implies that this completes the national park. There is further work to be done and we still look forward to the day when all of Kakadu is included in the National Park and adequately protected from unwanted industrial development.”