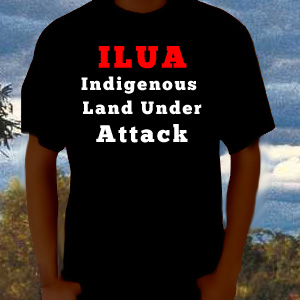 Australia: Don’t sign away your rights with Indigenous Land Use Agreements (ILUA)

Having reviewed more of the legal aspects associated with Aboriginal sovereignty, I now understand in greater detail why the Australian state and Territory governments are quickly offering Indigenous Land Use Agreements (ILUAs).

My concerns come from international legal advice based on a Canadian Supreme Court case Delgamuukw [1997] coupled with the Mabo judgement of 1992.

Like Australian Courts, the Canadians are also at a loss as to what and how to deal with these matters, particularly where Aboriginal peoples assert their continuing sovereignty and which the peoples argue has never been ceded.

The legal significance of Delgamuukw for us in Australia is that at no time have we sold our rights and interest to the Crown under a valid treaty. Consequently, this confirms our continuing sovereignty, that is, exclusive jurisdiction as sole possessors. This means that our law is the supreme law of the land and waters.

Importantly a valid treaty can also affirm the sovereignty of a nation when making agreements with other nations with free prior and informed consent. It must be especially noted that Delgamuukw establishes the utter irrelevance of Crown parliamentary legislation, particularly if the Aboriginal people concerned are not tied to the establishment by way of treaties and/or other legal arrangements. Aboriginal rights are now deeply entrenched within the common law and cannot be altered by the legislative process, as we remain independent of it as independent sovereign peoples.

The Mabo judgement [2] concluded that Aborigines in Australia have continuing rights which are propriety rights under ‘their law and customs’. If we take this a little further, it means that we have not, nor have ever, been part of the Australian system.

History helps confirm this fact. Under the Australian constitution pre-1967, we were not counted as citizens. Section 127 barred our inclusion. That is, Aboriginal people were ‘not to be counted when determining Australia’s population’. Under section 51 sub-section 26 of the Australian constitution we were the property of the state. We were ‘wards’ which made us by definition ‘prisoners of the state’. Like the Gulags of the old Russian state, we were locked away, not for anything we did wrong, but just because we were Aboriginal. As ‘wards’, we were not permitted the right of freedom of movement and/or association. If we left the government mission stations the state law required the state police to locate us and return us to the mission station that we came from. If we crossed borders, the states had complementary laws that permitted the people to be returned to their state of origin. Our children were taken and traded under the pretence of them being indentured. This by definition is state controlled slavery. Then in 1967, it is alleged that First Nations peoples were given their freedoms. But the question now is, how did the federal government, the colonial power, obtain our sovereignty and patrimony?

No courts anywhere in the world have condoned this method by which a state acquires the sovereignty of another people. It is accepted that a state can gain the patrimony, sovereignty of other peoples if they are conquered in a declared war, but under this rule of law, the conquered peoples’ laws remain in force until otherwise changed by formal legal agreements. Alternatively, there are those who cede their sovereignty to a dominant state. But in our case, we do not fit any of these categories for a legal transfer of sovereignty. We remain independent with sovereign entitlements unceded. No courts have declared, nor can declare, that we are legally obligated to the invader Australian state. Those who claim to govern us just simply say you have to abide by our rules. This is not a legal authority no matter how you look at it. The position that we have now reached in Australia is a full frontal standoff on the questions of jurisdiction and sovereignty.

Under international law, we have the right to be self-determining in our own right, but due to the invaders’ dominance we continue to be either prisoners in our own lands or displaced people in someone else’s country. Under international law we have a right to revolt and the United Nations is obligated by law to assist us in our efforts to be liberated and self-determining.

The Australian federal, state and Territory governments are at the crossroads. That is, if the federal legislature seeks to legislate and take away our rights then they must observe the laws and rules of their own constitution which informs them that any rights that are taken from us under their legislative regimes ‘just compensation’ MUST be paid.

We must always remember that the federal Native Title Act 1993 as amended 1998 also recognises our common law rights. We do not have to be a registered Native Title applicant to engage in matters effecting our lands or waters. Our rights are preserved in state, Territory and federal laws. All that is needed is for us as Aboriginal people to know our true rights.

Despite the arguments about the federal Native Title Act, every government in Australia must deal with the recognition of Aboriginal rights that have now emerged in common law.

We, as First Nations peoples are not Australians. We are who we are. If individual Aboriginal people choose to be assimilated and seek to be part of the invader society, then good on them! But they must not pretend to talk for those of us who seek to be known by our own national identity of belonging to an Aboriginal nation state.

If the Australian state seeks to force parliamentary legislation on us that deprives us of our inherent rights, then we must call it for what it is, racial discrimination in the extreme and/or dictatorship. But they can only achieve this if they suspend the Racial Discrimination Act.

Currently, state and Territory governments are going around in haste to coerce Aboriginal peoples into signing ILUAs, Indigenous Land Use Agreements. This is an act of bastardry on the governments’ part as they are NOT informing our peoples of their deceitful intent. The ILUAs are designed in such a way that the state, Territory and federal governments can say to the world and the local courts, ‘The Aborigines recognise us as the sovereign state because they signed an ILUA under our law, therefore, they recognise our sovereignty and authority over them, together with sovereignty over the lands, airspace and waters therein.’

When we examine some of these ILUAs we see that the governments have been very clever in their deceit. They ensure firstly, that the people will get their names on the ‘deeds and titles’, then they ask the people to sign them back to the government(s) in perpetuity (forever). What good does it serve, just to have your name on the ‘deeds and titles’?

I can assure each and every one, that if you have not put a special clause in your ILUAs to cover this then you lose all your rights to negotiate and/or say no to development and mining. In the long term our children and their children will not appreciate the giving away forever of our and their rights and interest to these lands, airspace and waters.

My message is – don’t let the governments deceive you. You all have sovereign rights that cannot be taken from you. We all know that the government and their Aboriginal lackeys will always say, but if you don’t sign then you get nothing. Rubbish. Your right under the existing laws of Australia gives you negotiating rights. If you are not a Native Title applicant, never mind. You can always seek from the Australian courts, under federal court rules, interlocutory injunctions on any development on your lands and waters as your Native Title rights and interests have never been extinguished.

Our law and customs do not depend on the non-Aboriginal land tenure. Our law connects us to all things natural. Our religion is based on our observation of where the song-lines run. This means that the trees, waterholes, animal habitats and aquifers are all part of our law and customs. If these items are under threat or destroyed, then the governments are interfering and interrupting our continuing law and customs, our Native Title right are being illegally interfered with. This is against our common law rights. This means that if the natural ecosystems on freehold or perpetual leasehold land are to be destroyed, then our inherent native title rights are being interfered with without our free prior and informed consent and this attracts compensation.

In Australia we have reached a very important time in our history. We must come together as distinct sovereign nations to jointly locate a national perspective on our sovereign rights

We know that the Uncle Toms and Aunt Marys will all tell you that this is all a pie in the sky pipe dream. That is fine because they have always been the people who have betrayed our legal rights and interests. I say, these same people are NOT able to demonstrate any real achievements that they have influenced and been involved in in the past 40 years or so. The medical services, some housing companies and legal services, which continue to this day, are the achievements of the 1970s Black Power movement. If they do say, we did some things, ask them, where is it all now? Some will say local land councils. I will leave that for you all to answer for yourselves in terms of real benefits and outcomes.

Everything we have, we achieved by getting on the streets and fighting for it. Nobody gave us anything. The Aboriginal Embassy is a testament to the fact that we are independent sovereign peoples and the authorities respect its function and purpose. We argue that it is an embassy in the real sense of the word, covered by international law. It is not a protest. It is an embassy that stands for ‘sovereignty never ceded’.

I appeal once again to all our countrymen and women – think about what you are doing when you sign an ILUA, for you are in fact ceding your sovereignty for a few crumbs.