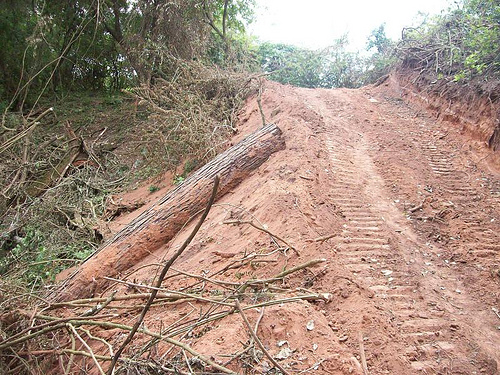 Campesinos are demanding recognition of their rights and calling for an end to logging and violence after a family was violently evicted from their land, two weeks ago, in the Argentine Province of Juyjuy.

According to a statement from the family, employees from the company KRAM SA, which is owned by a relative of the Argentine Ambassador to Bolivia, illegally evicted them to make way for a new transgenic soy plantation on their land.

During the eviction, Gloria Mamani, an 80 year-old Campesino (farmer), was beaten and dragged across the ground.

Gloria’s son, Juan Mamani, tried to stop the employees from carrying out the eviction by firing a warning shot into the air. However, police from the nearby town of Palma Sola were called in. “Instead of defending the lawful owners of the land,” the police arrested Juan; Gloria; Gloria’s husband; and Armando Ortega, Juan’s Uncle.

The four family members were all later released: Juan was held for a period of four days, until January 4; and the rest of the family was released the day after the eviction, on December 31.

“They killed our animals, they shot them[…], they disposed of the whole ranch of cattle, horses and goats, the pigs, they shot everything. They poison[ed] our water, we don’t have drinking water” says Gloria’s granddaughter. “We are trying to organize to see how we can stop them.”

The Mamani family, along with other Campesinos near Palma Sola in the Argentine province of Jujuy, also say the government’s land use plan, which approved the logging of 1,000 hectares in Juyjuy, is fraudulent because it was “enacted by decree of the provincial executive when it should have been made by the legislature by law.”

The government also failed to hold public hearings, and did not consult local stakeholders including Campesinos and Indigenous communities in the region.