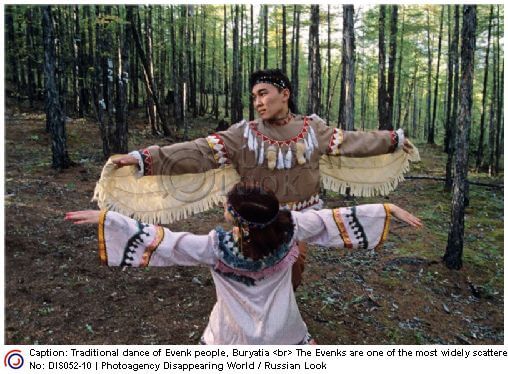 Are Indigenous People hostile towards development?

Recently, in a meeting with Russian President Vladimir Putin, Murmansk Governor Yuri Yevdokimov reportedly said ‘indigenous peoples in the Russian North are development hostile, and that they have hampered investment projects in the region.’ [1]

A statement like this should come as no surprise, but it’s clearly an effort to mischaracterize the indigenous people of Russia. I mean, they’re not exactly gun-toting, hard line thugs here.

More to the point though, around the world there seems to be alot of moves and statements to criminalize and exacerbate the lives of Indigenous People

For example, in Canada near the end of March Jim Prentice took a few of his own steps [2] to criminalize Indigenous People’s choice to set up blockades, if only in a social sense.

Then there was of course, the recent arrest and release of Shawn Brant [3], the Mohawk activist involved in Feb 28 blockade in Desoronto, Ontario… and the subsequent lawsuit by CN Rail for loss of money (said to be around $100 million) incurred during the blockade… They’re also seeking to ‘ban future blockades.’ [4]

Lest we forget PC Leader John Tory’s call to sue those involved in the ‘blockade’ at Caledonia: “If I was made premier, I would use the court system to say to people: We have ways of dealing with our complaints, and they don’t include blockades and occupations,” [5]

That’s right John Tory. You’d follow suit and have them arrested. Then sue them for millions.

Also last month in Canada, there was the briefly public focus on Indigenous People categorized as terrorists in a Draft CAF Manual [6] – which was removed from the final manual, I admit – but then it’s already tacit Canadian Policy, as many are coming to understand.

Within the last few months, other examples around the world include: the recent sentencing of 3 APPO Leaders in Mexico; the imprisonment of Betty Krawczyk and the late Harriet Nahanee in BC, Canada; the arrest of Tribal Leaders in Bangladesh; the pending arrest of the Haudenosaunee woman, Katienies; the privatization of land and arrest of so-called trespassers in Kenya; and the eviction of 117 families and arrest of 13 people in Cambodia.

There are more examples. Lots more. And we can be sure this is going to continue and intensify — it may even become the global standard approach, if it gets their desired result (like “Aboriginal Policy” did, once up a time.)

To what extent are they going to take this? Well if you’re aware of the sheer number of blockades and reclamations happening throughout the world – and if you understand that this is about justice, the need for accountability, the need for Indigenous Peoples concerns to be acknowledged and respected, and the need for indigenous people to live unindentured lives — then you know the extent well.

It could be said this about life and death, all or nothing. But in that, it’s important to avoid the mistake of assuming this means indigenous people are to take an extreme, non-negotiable, reactionary and violent approach to these problems of encroachment and non-accountability.

On the contrary, there is and will continue to be a great deal of room to ensure no one gets hurt, and that everyone can realistically benefit – but it first and foremost requires Canada, Australia, New Zealand, China, Mexico, America, Guatemala, Thailand, Zimbabwe, the Phillipines, Colombia, India, Russia – in fact, all members of the United Nations – the states that are taking an extreme, non-negotiable, reactionary and violent approach: to meet indigenous people at the halfway point, which they’ve been patiently waiting at, for generations now.

Furthermore, it’s not as if indigenous people want to be setting up blockades here. And it’s not like they just can’t find something good on tv either… It’s because conventional ‘acceptable actions’ like going to court, petitioning the UN, and writing appeals to the Queen almost always end in a twisted, neutralizing way: Nothing ever changes, which means everything gets worse.

It’s not like there’s a choice either. If there was, these States would not be arresting and criminalizing innocent people in a blatant effort to make sure things continue, business as usual.

“We cannot allow this to continue”

This is being said all around the world today. Indigenous People are standing up and saying “no” under the threat of incarceration, criminalization, and even death.

It’s not just about the want and need to protect and serve our own lives, but it’s also for the coming generations, and their need to have something worth holding on to.

In the face of ‘development or death,’ this is completely irrelevant. Along with rights and the needs of Real People.

It is not indigenous people who are hostile towards development but ‘developers’ who are hostile to Indigenous People. And all this criminalization is not because indigenous people are criminals. It is because the People are standing up for themselves, defending themselves, and simply refusing to allow States and Corporations to get what they want ‘no matter the cost, but for as cheap as possible.’

You see, it is cheaper to criminalize innocent people than for them to take responsibility for their own actions — even if it leaves them morally bankrupt. And even if it makes good people into enemies, and monsters into the heroes. Even if it costs peoples lives.