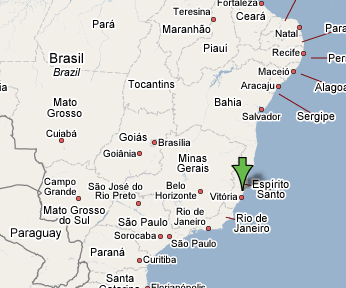 Aracruz Cellulose, the world’s leading supplier of bleached eucalyptus pulp, has recently begun taking advantage of the Brazilian Judiciary for its own economic benefit.

This is not the first time Aracruz has taken such steps. In 2006, they successfully prevented the demarcation of 11 thousand hectares of indigenous land in Brazil, by rallying the support of the Brazilian People through a propaganda campaign, which included the strategic use of Billboards and tv commercials. Aracruz also gained the support of it’s workers through indirect threats that they’ll lose their jobs if they didn’t. 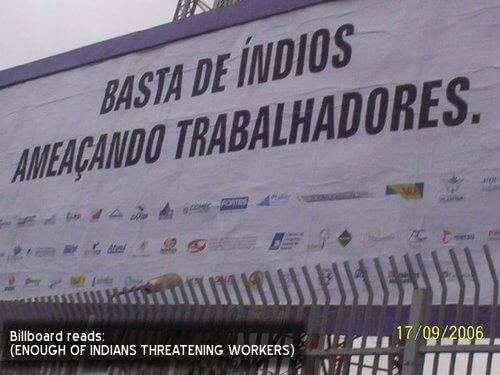 From Indymedia – In Brazil, the judiciary power is often used in an attempt to criminalize activists within social movements and their supporters, trying to coerce and restrain them both politically and socially. This is a way for the multinational corporation Aracruz Cellulose to take advantage of it’s economic power, by abusing this restrain instrument in an attempt to dismantle those who dare to oppose it’s wicked development logic.

The priest Emil Schubert, union leader Luis Alberto, professor Elza and radio broadcaster Ligia Sancio have been targeted by the corporation, which has decided to open a lawsuit against them to demand reparations to the company for moral and physical damage if they do not cease their political protest. This means that Aracruz is trying to stop them, using a judicial measure, from expressing themselves against the irresponsible social and environmental practices of the company.

In October 2005, indigenous Tupinikim and Guarani occupied Aracruz factories in the state of Espírito Santo, after trying every bureaucratic way to claim back their ancient land currently occupied by Aracruz. The activists were present during the action to witness the reaction of the Brazilian State, which has shown itself to be excessively violent against many social movements. In one example of such violent actions, the Federal Police, a couple of months after an indigenous protest in January 2006, destroyed two villages and injured thirteen indigenous people. The police action was condemned by the Organization of American States (OEA) as well as several international groups. (source)

Further Reading
Sept 06 – Brazil: The Tupinikim Indians Vs. Aracruz Celulose War Gets Ugly
Jan 06 – Twenty Tupinikim and Guarani Indians injured in police evictions
About the Guarani and the Tupinikim