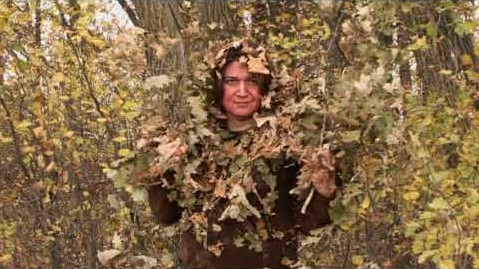 Apples and Indians is a whimsical and profound 5-minute ride that sees Lorne Olson speeding through decades in search of his true identity.

When Lorne Olson was a young boy, growing up on the Broken Head Reserve in Manitoba, a teacher told him that “Indians are like apples. They may be red on the outside but on the inside they are white, just like the rest of us.”

Those misguided remarks cut pretty deep into Lorne, sending him on journey to find out just who exactly he is.

Over the years, paddling through all sorts of colonial prejudices, he tried to identify as Métis, half-breed, Oji-Cree, Indian, Native American, Aboriginal. But he never felt entirely comfortable with any of these names, which reflect the changing dialogue of the times.

In 2006 Lorne produced this 5-minute film about his journey, which he appropriately titled, Apples and Indians.

“My subtle message in the film is that we have to ultimately decide who we are. It’s not in a book somewhere, it’s not an agency, it’s not the government. You have to come to terms with that at some point,” says Lorne, who hopes to one day make a full-length documentary on the issue.