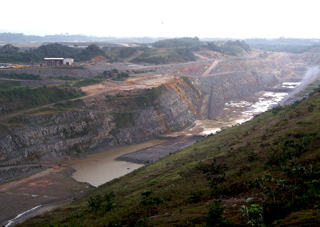 Urgent concerns have been raised by communities in the Wassa district of Ghana over a possible cyanide spill at a nearby mine.

According to a July 21 report by Public Agenda, the communities, who are supported by “the concerned Farmers Association of Teberebie” and “the Wassa Association of Communities Affected by Mining” (WACAM), say the cyanide containment pond for Anglogold Ashanti’s Iduapriem mine has overflowed, causing the highly poisonous chemical to leak into the local rivers and forest.

Speaking to Public Agenda, Ms. Emelia Amoateng, the Chairperson of the concerned Farmers, said “[the communities] suspected the leakage a few months ago when they noticed dead fish in nearby River Bromensu which flows into other rivers Anwonabe and Bonsa, the main source of drinking water for the Tarkwa Township.”

“She said when the community leaders informed the Environmental Protection Agency (EPA) at Tarkwa, the EPA unfortunately dismissed the assertion and blamed it on the use of chemicals in fishing by community members.”

“Ms. Amoateng said when the EPA turned a death ear to their plight, the community members decided to take up the issue themselves and after weeks of investigations, they traced the pollution to the cyanide containment pond of the company.”

“She said that after tracing the leakage to the over flow of the containment pond they lodged a formal complaint with the EPA whose workers last Friday investigated the leakage.”

The EPA concluded that there couldn’t possibly be a leak, because the alleged overflow wasn’t near the containment pond. Rather, they say, there’s nothing a waste rock dam in the area. An official from Anglogold corroborated the story. Case closed.

Nothing to see here 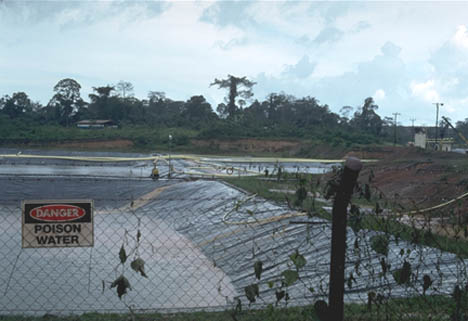 One can’t help but get the feeling that Anglogold, a signatory of the International Cyanide Management Code, and the EPA are both eager to bury the possibility of a cyanide leak.

They certainly didn’t bother testing any people. According to the concerned farmers, the community hasn’t even been told about the dangers of cyanide exposure.

Responding to all these concerns, the concerned farmers and WACAM are calling on Anglogold to conduct health investigations, and on the EPA to shut down the containment pond until a full, proper investigation can be performed. They’re also calling on other agencies to investigate this and other cyanide leaks in the past.

Seriously, nothing to see 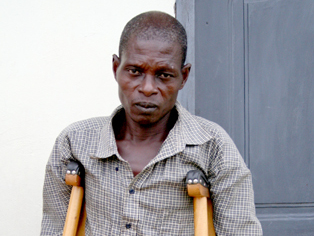 On top of this pressing, life-threatening issue — communities surrounding the Iduapriem mine are facing a number of other concerns.

Examined in Mike Anane’s article FINANCING MISERY:The story of the World Bank and AngloGold Ashanti Iduapriem Limited (pdf), the communities are increasingly suffering from hunger as a result of the company taking their land for the mine; water sources have been depleted and filled with raw waste water (including feces) from the company’s residential housing units; their homes are damaged by the company’s daily use of explosives at the mine; and farmers are hassled and even attacked by security forces, police or soldiers.

It brings new meaning to the theme of the 80th anniversary of the Ghana Chamber of Mines – “Life without mining is impossible”.

They’re absolutely right. The impoverished and contaminated lives these humble people are forced to live just wouldn’t be possible without the Iduapriem gold mine.