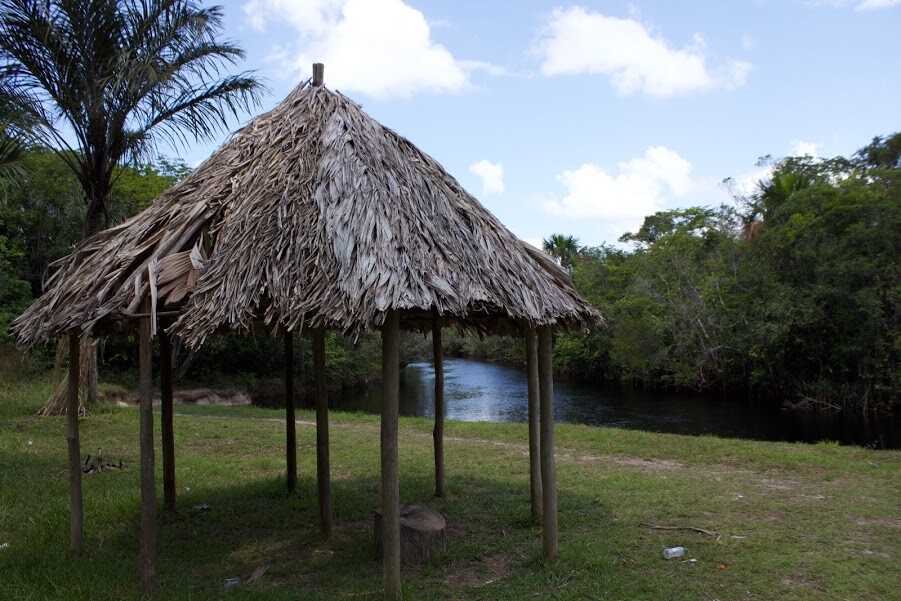 This September Lenox Shuman and fellow Arawak Amerindians marched to the Prime Minister’s office in Guyana’s capital, Georgetown, wearing war paint and clutching bows and arrows. It was a display of cultural identity that ended in a pledge to defend the country against neighboring Venezuela, who has laid claim to more than half of this small South American nation for more than a century.

The territorial feud intensified this May after Exxon Mobil, under contract from the Guyanese government, announced the discovery of vast amounts of oil in the disputed Essequibo region. The finding could be worth more than 10 times Guyana’s current economic output. But Amerindian communities in the country, often the casualties of extractive industries like logging and mining, are less optimistic about an emerging oil economy.

Shuman, who is Toshao, or chief, of a village called St. Cuthbert’s Mission, a small village in the country’s interior, is doubtful the oil will be a boon for Guyana’s indigenous population. 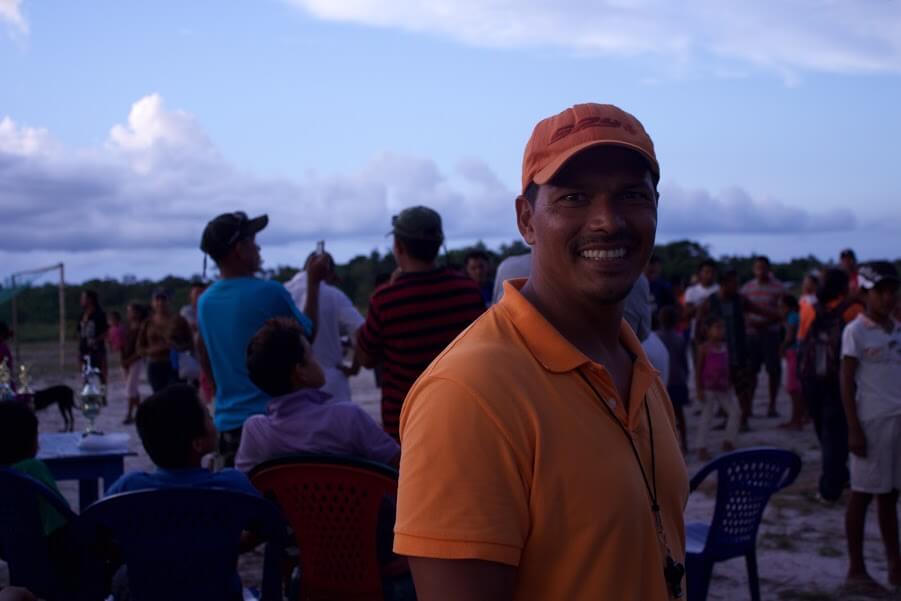 “I would be surprised if this oil discovery actually has any indigenous element or interest in it, because historically [politicians] have never looked at us as beneficiaries to any of their policies,” says Shuman, who nevertheless stands by Guyana’s territorial integrity.

Guyana’s roughly 85,000 Amerindians have long been overshadowed culturally and economically by a coastal-dwelling East Indian and African majority in this Anglophone country. Ninety percent of Amerindians live in remote villages in the country’s sparsely populated interior, where tortuous rivers and creeks substitute navigable roads, unemployment is high, and the effects of mining and logging contribute to social and environmental problems.

Amerindian advocacy groups in Guyana say laws governing land titling are flawed and allow extractive industries the freedom to operate without consent from the indigenous villages they are working in and around. 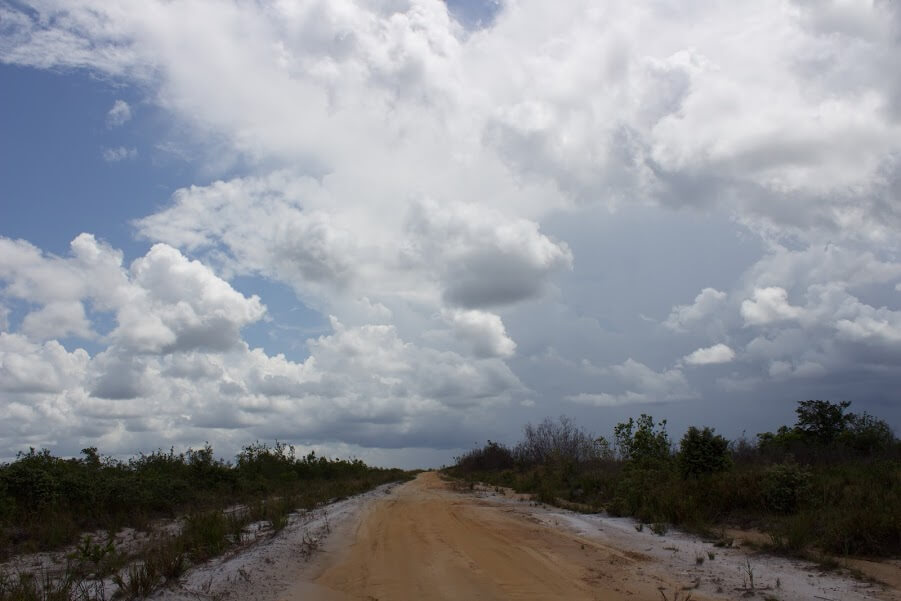 Under the Amerindian Act of 2006, in order to own land absolutely, Amerindian communities are required to demarcate their territory and apply for a title from the government. Once a title is granted, land rights are passed on to the communities where publicly elected toshaos and village councils govern collectively.

But Jean La Rose, administrator for the indigenous land rights organization, Amerindian Peoples Association (APA), says that government demarcation too often fails to include the scope of ancestral territory and that the concept of demarcating land is abstract to indigenous people. 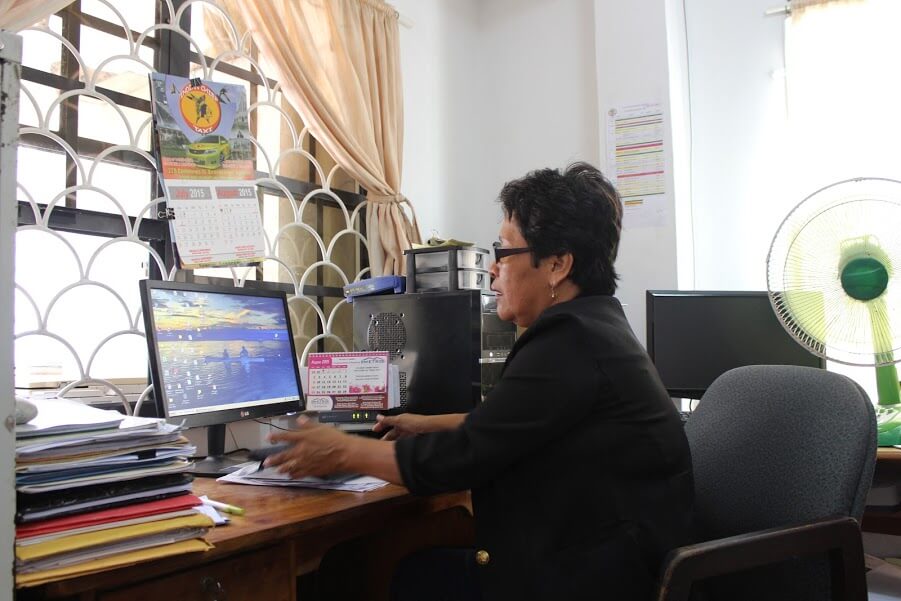 “There’ve never been boundaries,” says La Rose, whose group campaigns against demarcation of Amerindian lands. “It’s a concept foreign to our people. We were just free to move. We know this to be our hunting ground, this to be our fishing ground, that to be where we gather and so forth,” said La Rose.

Under the Amerindian Act, extractive industries seeking to work on native land must get approval from the Guyana Geology and Mines Commission (GGMC), the governing body responsible for granting mining concessions.

La Rose and Amerindian leaders say the GGMC grants permits without prior consent from local villages or in disregard of their objections.

GGMC officials did not respond to interview requests. 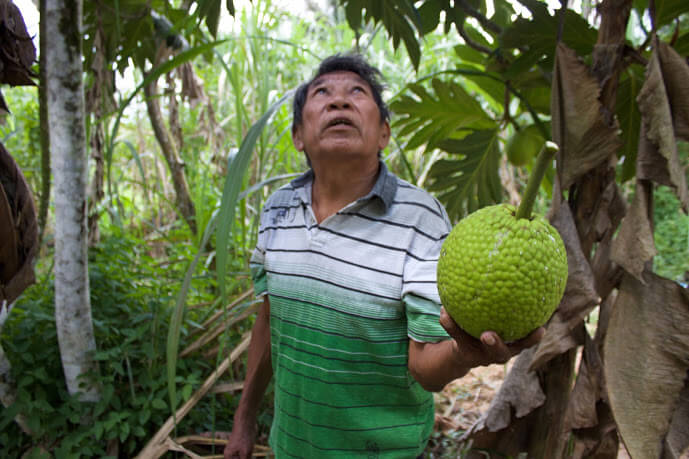 The APA has yet to draft an official position on the country’s emerging oil sector.

The APA’s pressure on Amerindian communities to reject land demarcation has led to protracted land disputes and allowed logging and mining companies to swallow up more land in the interior, says Melinda Janki, attorney and co-draftee of the Amerindian Act.

“An NGO can take an ideological position,” says Janki, who has spent decades working among Amerindian communities throughout Guyana. “They don’t have to deal with miners coming into their territory because they have no territory. They’ve got a little office in town.”

Despite mounting calls for an amendment to the Amerindian Act as it relates to extractive industries and their right to work on land belonging to indigenous groups, Janki stands by the legislation, maintaining that demarcation is a key step toward confronting illegal mining and logging on indigenous lands. 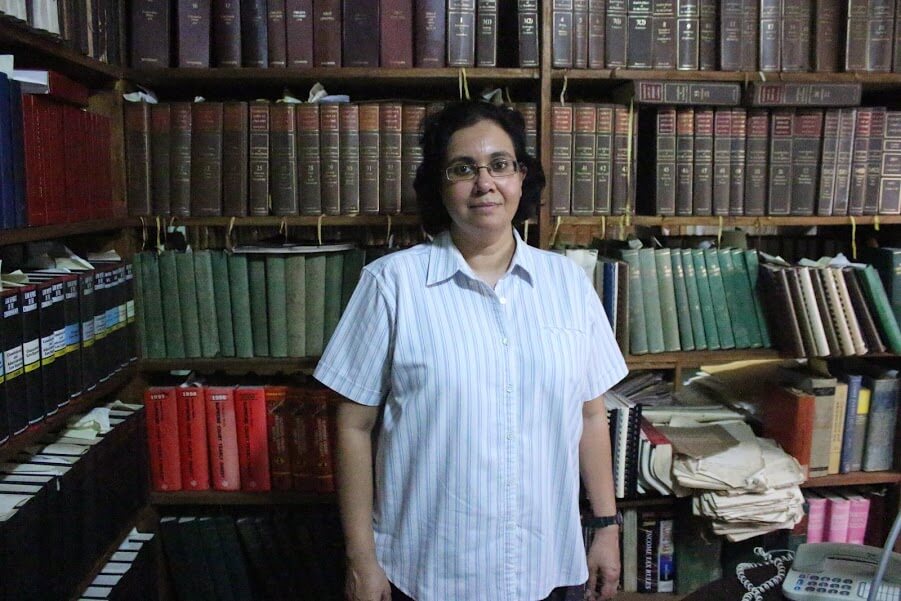 But according to La Rose and the APA, a title isn’t always a guarantee. Under the Amerindian Act, they point out, Amerindians don’t have rights to the rivers that run through their land or to the minerals beneath it. They say mining companies working nearby Amerindian lands put harmful waste into waterways which pass through their villages.

“Miners come into the community and you find the young girls involving with them,” says Amrita Thomas, an Amerindian community leader from Upper Mazaruni, a vast forested region in west-central Guyana bordering Venezuela. “They call them bush-wives. They make children and then just abandon them. And then they introduce all of these diseases, HIV, malaria.”

As a women’s representative for the Akawaio village of Waramadong, Thomas came to the National Women’s Conference in Georgetown to discuss the effects mining has had on her community, which is dependent on the industry for employment and land concession fees. 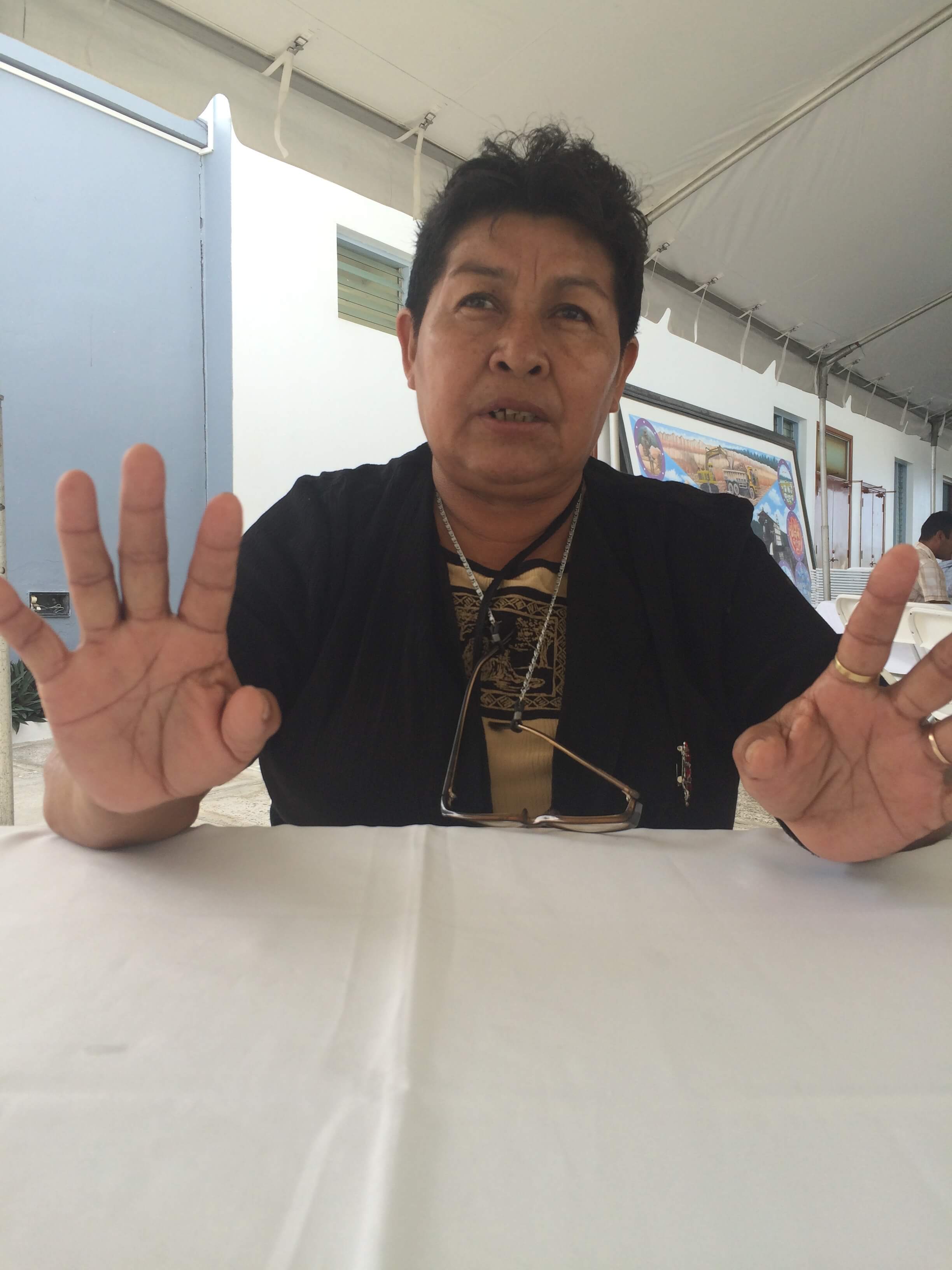 The Upper Mazaruni forms part of the Guiana Shield, a 1.7 billion-year-old landmass that encompasses the northern coast of South America. This enormous greenbelt is one of the most biodiverse – and mineral-rich – regions on Earth. In recent years, the region has seen a proliferation of mining operations.

The returns, Thomas says, are far outweighed by environmental damage.

“The land has been destroyed.”

Waste-oil, mercury and other harmful tailings from dredging operations in and around Thomas’ village have polluted their main water source, the Kamarang River, and caused serious health problems in residents.

“The muddy-brown [water] that we are using for drinking and cooking, for domestic purposes in general… we cannot use it. We have to go to the creeks to get water. It’s very difficult,” she says.

Thomas said mining has brought about her community’s undoing and she is uneasy about a looming oil market.

Guyana’s new multiracial coalition government led by Afro-Guyanese Brigadier David Granger has said it is prepared to equitably distribute potential oil wealth and avoid a resource curse scenario by setting up a trust to which oil revenues would go, according to government ministers.

At an extractive industries summit in the capital in November, Minister of Governance and Natural Resources Raphael Trotman outlined plans for an inclusive strategy for distributing oil wealth.

“Guyana is being very proactive in its approach to this emerging sector to ensure that all mechanisms necessary for the effective management and the best outcomes for its people are in place even before the first barrel of oil is brought to the surface, refined and sold,”  he said.

Mervyn Williams, an advisor within the Ministry of Indigenous Affairs, says the wellbeing of Guyana’s indigenous population would be included in the president’s oil plan.

“The indigenous peoples of Guyana are really important to Guyana’s future and development. They are our frontier people. They are going to be the first affected by anything that happens to our frontiers.”