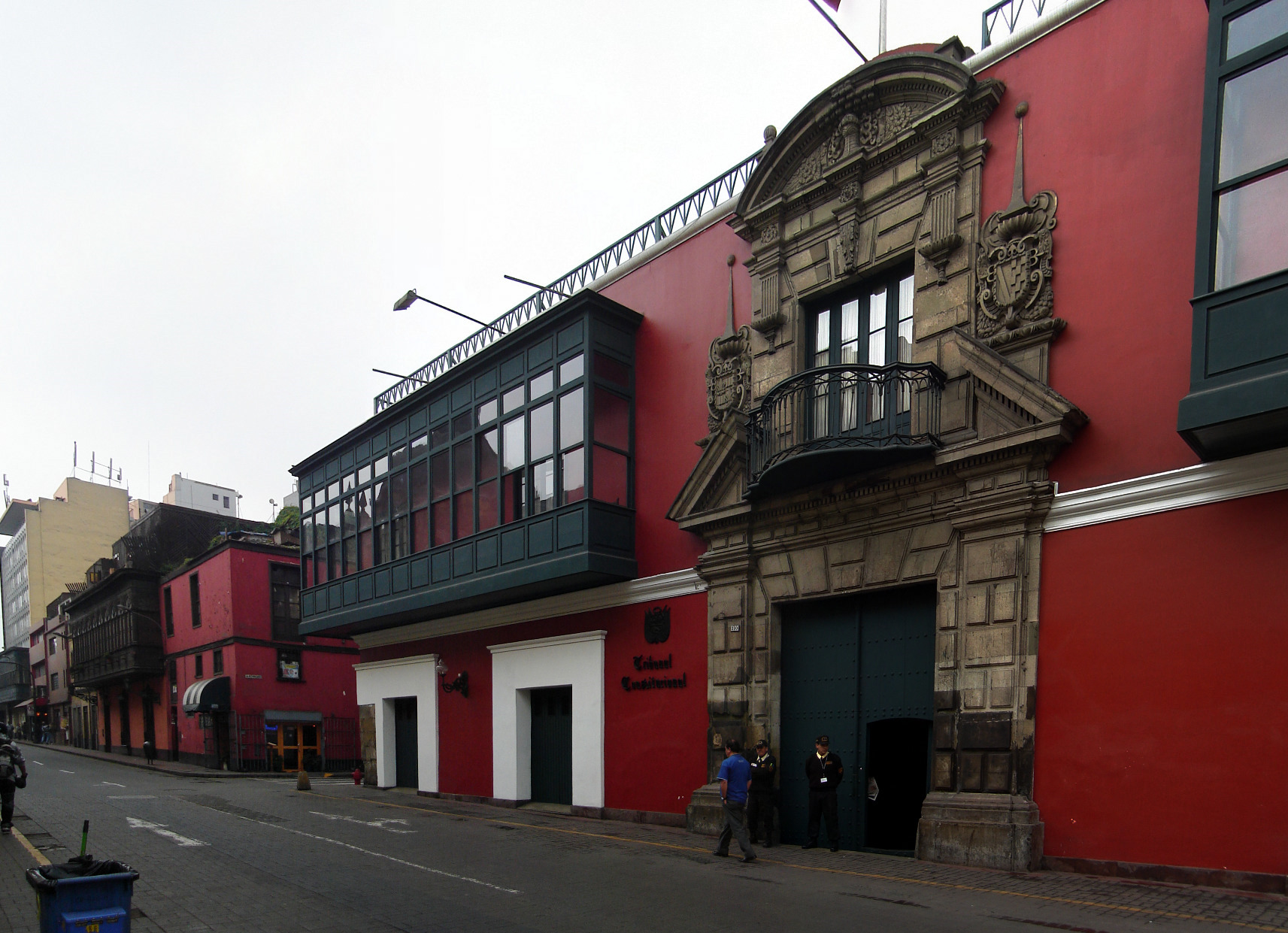 On Wednesday 25 September, Peru’s Constitutional Tribunal will hold a hearing with implications for the future of the Amazon rainforest, Indigenous peoples’ rights, and the fight against climate change.

The case has been brought by an indigenous community against the Regional Government of Ucayali and a palm oil company, Plantaciones de Pucallpa SAC (now Ocho Sur P), to demand land titling, more than seven years after they were dispossessed of significant parts of their traditional territory.

The community of Santa Clara de Uchunya forms part of the Shipibo-Conibo people and is located on the banks of the Aguaytia River in Ucayali, Peru. Its people are also calling for the restoration of their lands, which have become a deforestation hotspot following the conversion of over 7,000 hectares of forest to palm oil plantations.

This is the first time the Tribunal will resolve a case involving Indigenous Peoples’ rights over their territories and the Peruvian Government’s failure to title them.

An animated map based on satellite data since 2010 has been produced for the hearing. It illustrates how the forest clearance associated with the plantations has resulted in the destruction of over 12,000 hectares of old growth forests within Santa Clara de Uchunya’s traditional lands between 2010 and 2019, resulting in severe consequences for the community.

“Today we live in a forest island surrounded by oil palm plantations and desert. My community has been risking our lives fighting for justice and the future of our children for years, but since the government has been unable or unwilling to enforce its own laws, we turn to the courts. We hope that the time has come for the judges to ensure the authorities respect the law and bring us hope for our future,” said Efer Soria, chief of the community.

Santa Clara de Uchunya’s case is supported by an amicus curiae brief provided to the court by the Global Justice Centre of New York and Forest Peoples Programme in October 2018, which outlines the international human rights law underpinning the community’s case. The brief holds that, “the State has failed to carry out its duties and obligations under the Constitution as interpreted together with Peru’s international obligations.  The failure of the State to title the full extent of the Santa Clara Native Community lands and continue to grant interests on those lands knowing the existence of their claims, have caused them grievous harm.”

“International law is quite clear that the customary lands of indigenous peoples that do not have a title deed have the same legal status as those with a title. Unfortunately, the case of Santa Clara de Uchunya is representative of what happens when the government fails to recognize these rights. Throughout the Peruvian Amazon this omission has resulted in social conflict and deforestation. A favorable decision by the Court could change the rules of the game in the Peruvian Amazon and oblige the government to fulfill its legal responsibilities and safeguard those untitled indigenous lands until the land titling processes in the Peruvian Amazon are concluded,” explained Juan Carlos Ruiz Molleda, constitutional legal expert at the Institute of Legal Defense (IDL) and lawyer for the community.

The community has appealed to multiple international human rights mechanisms to engage with the Peruvian Government, including the UN Special Rapporteurs on the Rights of Indigenous peoples and Human Rights Defenders. In December 2018, community leaders came face to face with Peruvian Government representatives in a hearing with Commissioners from the Inter-American Commission on Human Rights (IACHR). More recently, in July 2018, the community filed a request for urgent action to the UN Committee on the Elimination of Racial Discrimination (UNCERD).

Miguel Guimaraes, President of the Federation of Native Communities of the Ucayali (FECONAU), the community’s representative indigenous organization and also a plaintiff in the lawsuit, explained, “Despite the government’s climate commitments and several large-scale land titling programs, progress on land titling continues to be slow and inadequate in Peru. The case of Santa Clara de Uchunya demonstrates how the lack of safeguards for untitled indigenous territories continues to expose our forests to destruction and our leaders to violence. As deforestation rates continue to rise rather than decrease in Peru, international donors to Peru’s climate change programmes, such as the governments of Norway and Germany, should be aware that these programmes will not achieve their objectives without adequate guarantees for our untitled territories.”

This article was originally published by the Forest Peoples Programme. It has been re-published on IC with permission.