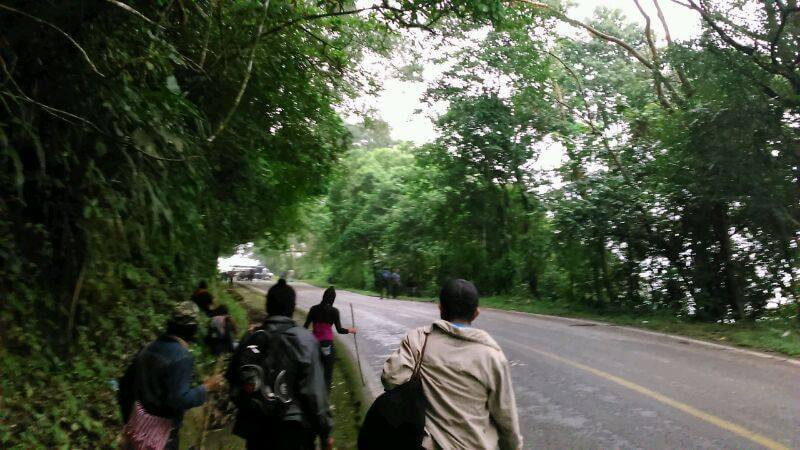 CHIAPAS – The adherents to the Sixth Declaration of the Lacandon Jungle blocked the turning to the waterfalls of Agua Azul at 6.30 am in resistance against the dispossession of their lands on 9th January.

The state police placed barricades of trees five hundred meters from the turning to the waterfalls, while shooting at them with rubber bullets and live ammunition from a van and a truck of the local and state police.

The attack lasted about fifteen to twenty minutes. At the moment there are thought to be two who have been injured by rubber bullets. Furthermore bullet casings from firearms were found on the ground.

The indigenous did not retreat before the attack and drove the police back at half past seven.

The demand of the Tseltal adherents to the Sixth is that the police leave the land of Bachajón. The ejidatarios will not allow them dispossess them again from those lands of which they are the legitimate owners.

Reports say that Juan Pérez Moreno, from the ejido San Sebastián Bachajón was wounded in his left arm. The area remains tense.