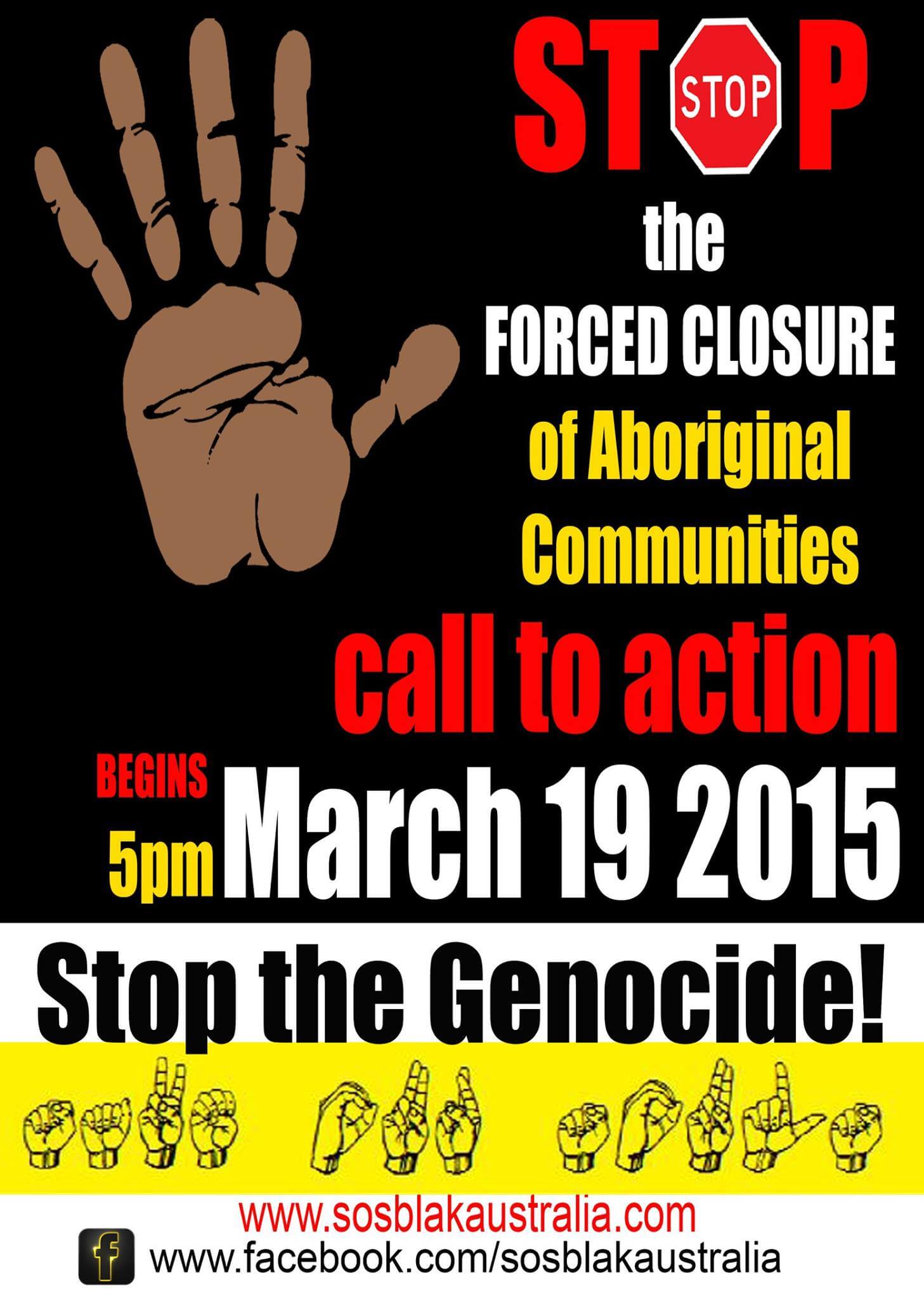 Prime Minister Tony Abbott has whipped up a great amount of fear, anxiety and doubt amongst the already marginalised First peoples of this nation when he said that ‘What we can’t do, is endlessly subsidise choices, if those lifestyle choices are not conducive to the kind of full participation in Australian society that everyone should have”.

Abbott’s statement was in support of the declarations made by Premier of Western Australia, Colin Barnett in a press statement released 12 November 2014, suggesting that the State could no longer support 150 Aboriginal Communities, flagging the prospective removal by the end of 2015.

We who live in the remoter areas of Australia do not believe it is a lifestyle choice but an intrinsic fundamental human right to live in our own communities and our own country. We hold significant cultural obligations to our Ancestors to maintain Sovereign ties to our lands. After successive breaches of Human Rights conventions and the forced removal of the Aboriginal Community of Oombulgurri in 2014, we maintain a vote of no confidence in both the incumbent State and Federal Governments in their actions toward Aboriginal people.

On Thursday 19th March 2015, Australians across the Nation are being asked to celebrate Close the Gap Day — but for many of our countrymen the gap has been significantly widened placing increasing pressure and trauma on our people. Starting in the Kimberley at 10am, we will march not for this Government agenda, but instead to show our objection to the threatened proposed closures to Aboriginal communities.

We stand in solidarity with all other regions in Western Australia and South Australia who have the veil of threatened remote community closures hanging over their lives and understand that the precedent for a National attack by Government toward Aboriginal people living on their homelands, has already been set in the Oombulgurri closure. We ask the National and International community to stand with us in this action, and the subsequent actions that will ensue as we mobilise effective campaigns to secure our cultural right and entitlement.