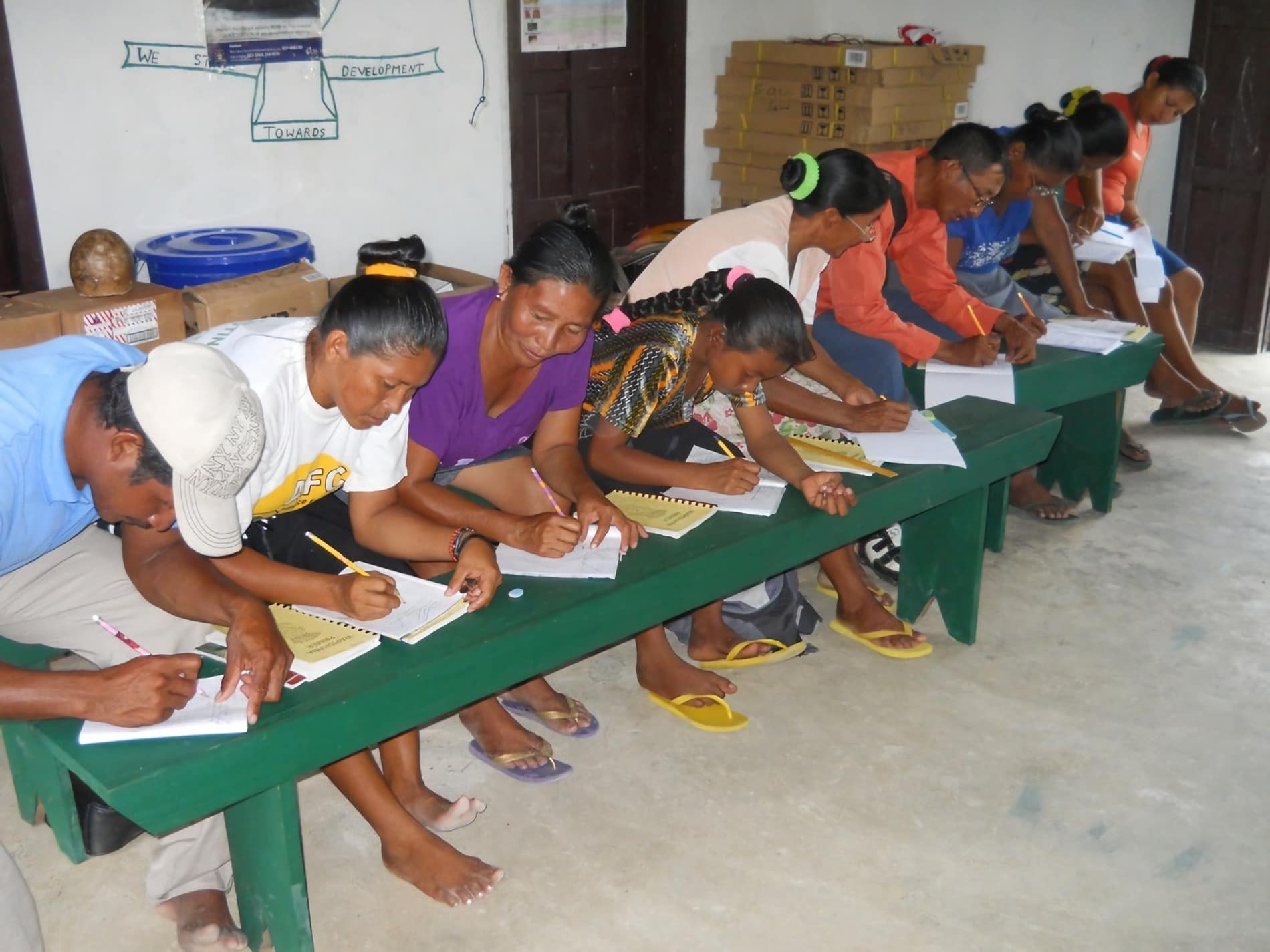 A Wapishana cultural activist is trying to revive a dying language

Students learning to read and write in the Wapishana language. Photo courtesy Adrian Gomes, used with permission.
Support our journalism. Become a Patron!

In the midst of Guyana’s lush rainforests, nestled between the Rupununi River and Brazilian border, dwells the Indigenous Wapishana tribe. Linguist and cultural activist Adrian Gomes hails from an isolated Wapishana village, yet, he speaks less Wapishana — an Indigenous Arawakan language spoken in Guyana and Brazil —than English.

According to the United Nations Educational, Scientific and Cultural Organization, more than 40 percent of the world’s languages are endangered. In 1997, concerned about the dwindling number of Wapishana-literate adults, Gomes formed the Wapichan Wadauniinao Ati’o (WWA, meaning “Wapishana for our Descendants”), to help revive the Wapishana language.

In 2011, the WWA embarked on a four-year Wapishana Adult Literacy Programme to preserve the community’s language, culture and land resources, in keeping with the United Nations Declaration on the Rights of Indigenous Peoples recommendations. Gomes says that by preserving endangered languages, people access their stories in their own tongue, thereby retaining strong roots.

Language is about communication — but it’s also an instrument of knowledge and power.

Gomes maintains: In our part of the world of formerly colonized countries, ‘true decolonization’ is still lacking, for there is still the continuation of colonial structures and mentalities in the context of the independent nations. 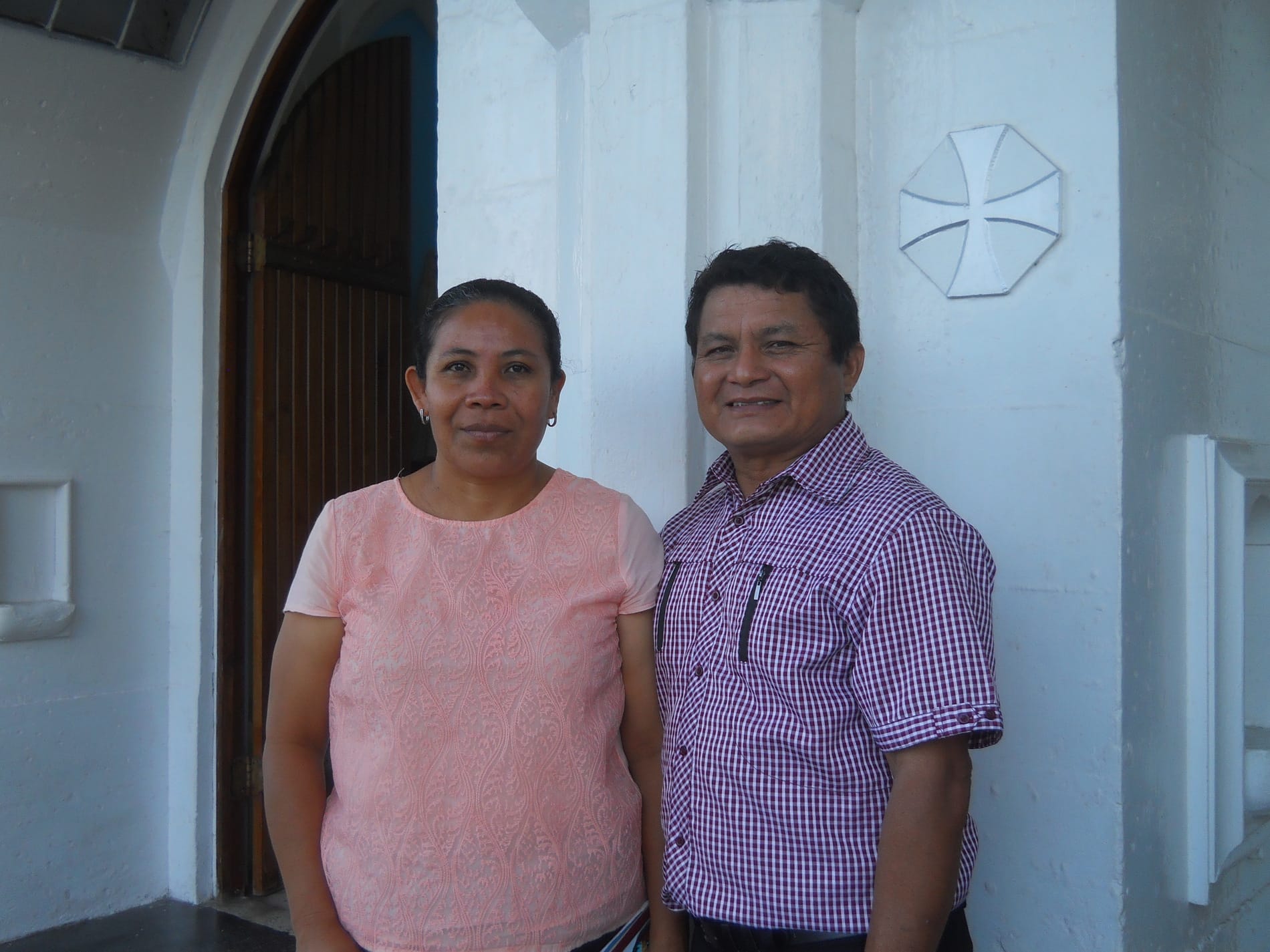 Adrian Gomes and his wife, who he says has supported him in his mission of reviving the Wapishana language. Photo courtesy Gomes, used with permission.

Global Voices corresponded with Gomes via email about his vision for the Wapishana language.

Global Voices (GV): What inspired you to want to preserve this language and how do you see it making a difference?

Adrian Gomes (AD): I realized that I did not know my own cultural heritage or background very well, despite being able to speak the language. It’s not that the knowledge was hidden, but due to my exposure to mainstream culture, I had not been actively involved in the activities of my culture. I missed out on a lot on trips to the deep forest and the wide-ranging savannah … and the practical lessons passed on by our elders through on-the-spot occurrences … I felt incomplete when it came to knowing my roots — I missed a sense of belonging — of being Wapishana. I wanted to do something about it.

Guyana’s 9,000-strong Wapishana population was no longer equivalent to the number of speakers (around 5,000 or less). As people favored the national language, English, as well as Creole and even Portuguese, our Indigenous language was no longer being passed on to the next generation. There is a growing number of young adults who speak only English.

The WWA’s literacy programme has revitalized the language in 17 villages in south Rupununi by increasing literacy at the grassroots level. This … gave people a sense of pride and expanded their self-esteem. There are now approximately 1,000 Wapishana-literate people.

GV: What other activities does the WWA undertake?

AG: At the WWA centre, we archive language data, strengthen the capacity of local WWA tutors to train others, promote the language through reading and spelling competitions, and collaborate with like-minded partners. People have even been inspired to produce their own reading materials. The WWA is recognized as the local authority for the translation of certain documents, and we have got approval from the Ministry of Education for a Wapishana/English pilot project in three villages.

GV: What have been some of the challenges?

AD: Through the literacy courses, we have managed to preserve the language to a large extent; However, participation dwindled toward the end of the four-year programme. Part of the struggle was that we also needed a more advanced level programme. A considerable number of youth were not motivated enough to participate … English tends to be promoted, celebrated and exalted at the expense of native languages, which are seen as old fashioned.

The WWA has to create programmes that span generations … [to] ‘create space’ for the Wapishana language in modern technology.

AD: Digital media and technology have helped in archiving materials … at the disposal of younger Wapishana who want to get connected with their cultural heritage. The community radio station facilitates programmes and songs in Wapishana, as well as storytelling and literacy lessons. It sends the message that our Indigenous language is affirmed and valued.

In principle, there is no reason why we cannot have access to digital tools such as WhatsApp or Facebook. Like the Wayana community in Suriname, we can use the Wapishana language to send messages to one another via these networking platforms to increase our reach.

GV: How do you attract learners?

AD: By incorporating Wapishana reading and writing into friendly competitions at the district and regional levels of the annual Indigenous Heritage celebrations, we promote the idea that language literacy can be fun. And by translating Wapishana stories into English, we have paved the way for the possibility of the production of bilingual (diglot) booklets … We’re trying to design a special introductory course at the University of Guyana for non-Wapishana speaking students. My work at Leiden University has enabled me to build a network with other Indigenous scholars working on new methodologies. 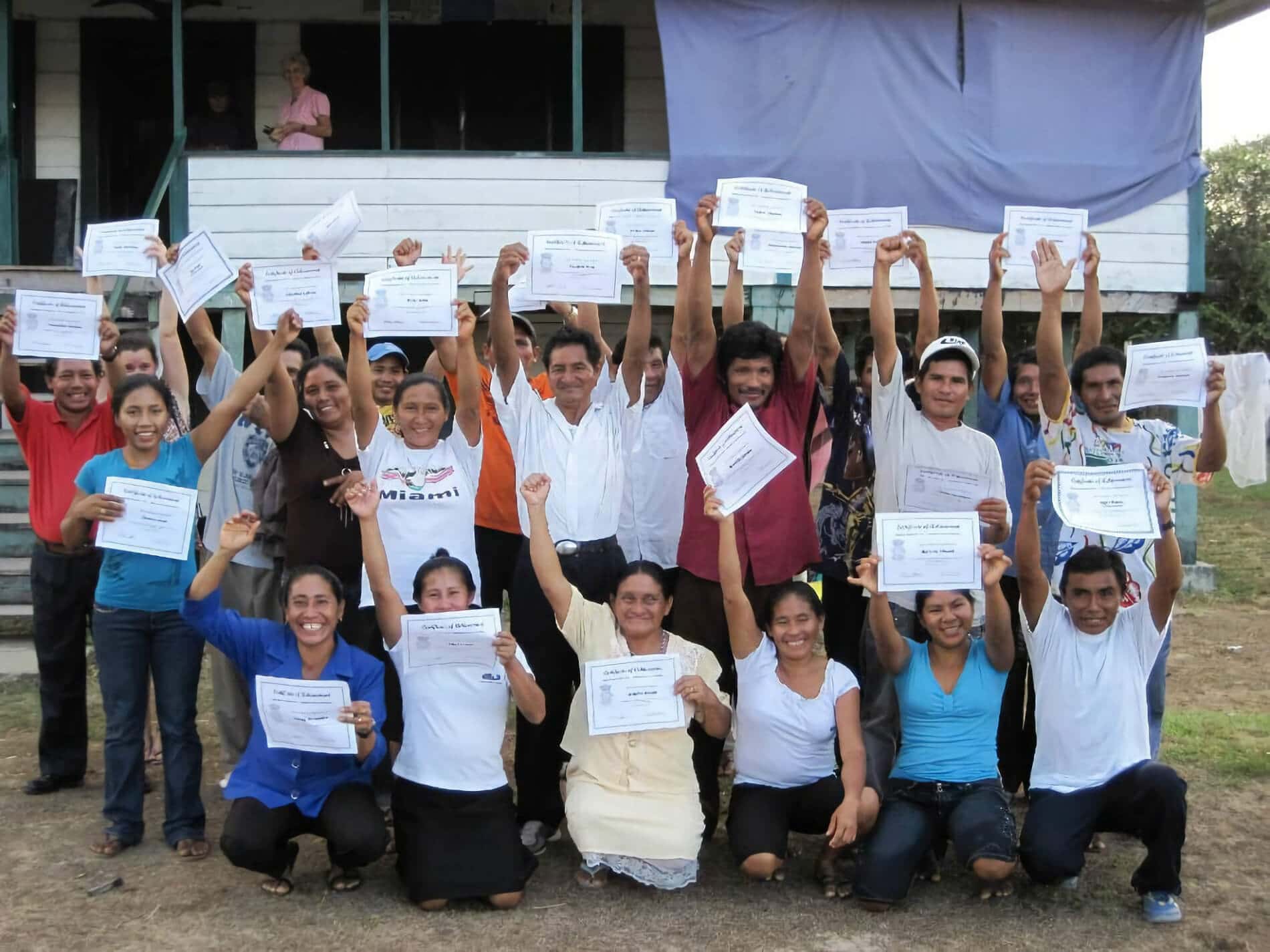 The Ministry of Culture had asked for English translations of a number of our Wapishana stories … The Amerindian Research Unit of the University of Guyana also approached us regarding an introductory course on the Wapishana language. I am regularly asked to give guest lectures and seminars there, and train students to embrace new methodologies in working with Indigenous peoples [at Leiden University].

GV: Have there been any efforts to integrate non-Wapishana speakers with those who do speak the language?

AD: … [T]wo leaders of the Macushi, another Indigenous group, asked us to share our experiences to help them start their own local language literacy programmes. So, while the languages are distinctly different, groups might benefit from working on common strategies to teach our languages to our own peoples and also to non-Indigenous groups.

… Well-planned multilingual education places value on the national community. Being aware of differences does not equate to feeling estranged from those who are different; bilingual education can increase pride in diversity and strengthen national unity. If we weaken Indigenous culture, we weaken an integral part of Guyanese culture.

GV: Does the remoteness of the Rupununi restrict your efforts?

AD: One of the main constraints is a lack of internet access and telecommunications in most villages, including Maruranau, where the WWA centre is located. We are still waiting for mobile internet. An unreliable postal system in the Rupununi also hinders communication and prevents timely access to information.

GV: What do you make of linguist Noam Chomsky’s theory that children only need to learn certain parochial features of their native language?

AD: A similar view that places less importance on Indigenous language was revealed by Lightbown and Spada, who noted that most teachers working in Inuit Indigenous communities believed that the mother tongue is important mainly for use outside of school. This suggests that it’s not important in school and that for language preservation, external use of it would suffice …There can be just as much lack of understanding with Wapishana parents and teachers; in fact, some are opposed to the bilingual pilot programme.

In addressing this, I share the academic, cognitive and social benefits children have as a result of being literate both in their native and majority languages. Past bilingual education efforts in Wapishana communities have shown a significant improvement in children’s performance. With a more sustained programme, we can expect even greater levels of achievement.

GV: Any plans for new projects?

AD: … Guyana will host an interpreting and translation workshop in the early part of next year, which other Indigenous organizations in both Guyana and Suriname have already signaled their interest in attending. We feel good about expanding our network; bringing communities with similar challenges together to look for solutions.

This article was originally published on GlobalVoices. It has been re-published on IC under a Creative Commons License.