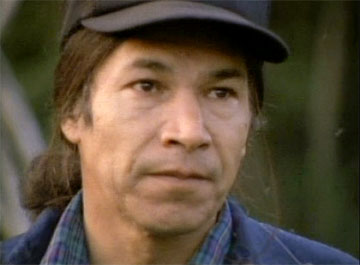 A Fight Against Time

A Fight Against Time is a documentary filmed in 1995 that examines the plight of the Lubicon Cree Nation.

In 1971, the Province of Alberta declared the Lubicon were “squatters on Crown land,” and started building a road so companies could exploit the resources in the area. After the road was finished, companies firmly rooted themselves within the Lubicon’s traditional land base. This proved to be drastic for the Lubicon.

For nearly 15 years, they pursued legal action against the government, but every attempt for justice seemed to have been blocked by the courts. Meanwhile, both the Provincial and Federal governments made repeated attempts to divide and diminish the Lubicon People.

In 1988, the Lubicon finally gave up pursuing legal action, and set up a peaceful blockade. It only lasted for six days, but something good came from it. The blockade prompted the “Grimshaw Accord,” an agreement that created a 243 square kilometre reserve area for the Lubicon. It was a far cry from the Lubicon’s actual land base, but a step in the right direction no less.

Two years later, the United Nations found Canada to be in violation of article 27 of the International Covenant on Civil and Political Rights, which states,

In those States in which ethnic, religious or linguistic minorities exist, persons belonging to such minorities shall not be denied the right, in community with the other members of their group, to enjoy their own culture, to profess and practice their own religion, or to use their own language.

This charge continues to stand. Unfortunately, Canada refuses to acknowledge the ruling.