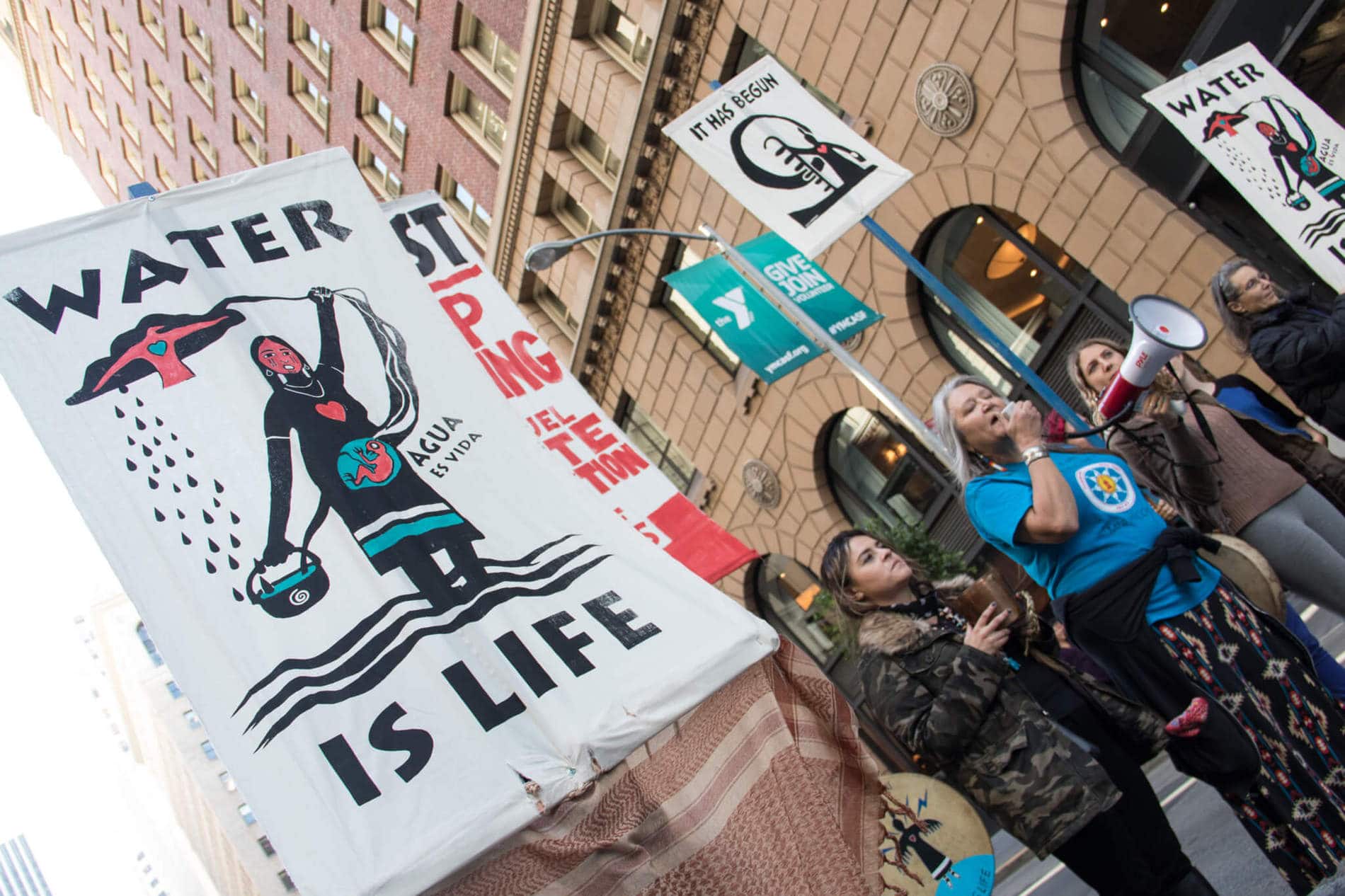 RAPID CITY, S.D., March 28, 2019–In conjunction with the American Civil Liberties Union (ACLU) and the ACLU of South Dakota, four organizations and two individuals have filed suit against the State of South Dakota challenging a package of state laws that violate the First and Fourteenth Amendments to the Constitution. Senate Bill (SB) 189 and SB 190 together function to chill free speech while paving the way for the Keystone XL pipeline, a TransCanada oil project.  The set of laws also fail to adequately describe what speech or conduct could subject protesters and organizations to civil and criminal penalties.

Known as the “Riot Boosting Act,” SB 189, with the use of broad language, says that anyone that contributes to a protest, whether through monetary donations, donations of supplies, or even through organizing a page on social media, can be held liable, and have civil and criminal penalties for supporting a protest that the state deems “violent.” Individuals or organizations that support a protest don’t even need to be on the ground or physically present at the protest to be held liable.  Also under the law, TransCanada could take the money seized from protesters and organizations, and put that money toward pipeline construction.

“Gov. Kristi Noem’s legislation is yet another way to promote Big Oil interests and prevent dissent by making protesters subject to legal action,” says Kim Pate, Vice President of NDN Collective.  Pate, Cherokee and Choctaw, an attorney with 25 years of experience in civil rights litigation also cautioned, “Protests and other forms of dissent are protected speech under the First Amendment of the Constitution. If we don’t fight this now, what’s next? Silencing all speech to placate and enable corporate interests at all costs? Not on our watch.”

“These laws are absurd,” says Nick Tilsen, NDN Collective President and citizen of the Oglala Lakota Nation.  “This is just the latest of tactics and strategies to muzzle the voices of the people, to discourage us from organizing our communities against injustice and threats to our livelihood. It’s also an attempt to over-militarize Indigenous Peoples’ resistance, criminalizing our work to defend, develop and decolonize Indigenous lands and our communities.”

While construction of the Keystone XL pipeline is currently on hold, following a Ninth Circuit Court of Appeals decision that rejected TransCanada’s appeal to overturn a decision made last year to stop pre-construction of the pipeline, the fight against Big Oil continues.  The movement for clean air, land and water has characterized the past several years of Indigenous resistance in the U.S. and Canada.

“This country has always become better when people have taken to the streets, fields and halls of injustice,” says Tilsen. “When Martin Luther King, Jr. marched in Selma, when anti-war resistors held sit-ins, when Cesar Chavez organized the United Farm Workers and when we made the stand for water in Standing Rock, it all has made this country better. This law is not only an attack on Water Protectors, activists and those who support us; It’s an attack on democracy itself.”

With evidence of climate change disasters cropping up across the U.S., from the fires in the western states, to the devastating floods across the Great Plains and the warming of our oceans throughout the world, taking a stand against the fossil fuel industry is critical, now perhaps more than ever. And our First Amendment rights are foundational to taking the stands necessary to make our world a better place for future generations.