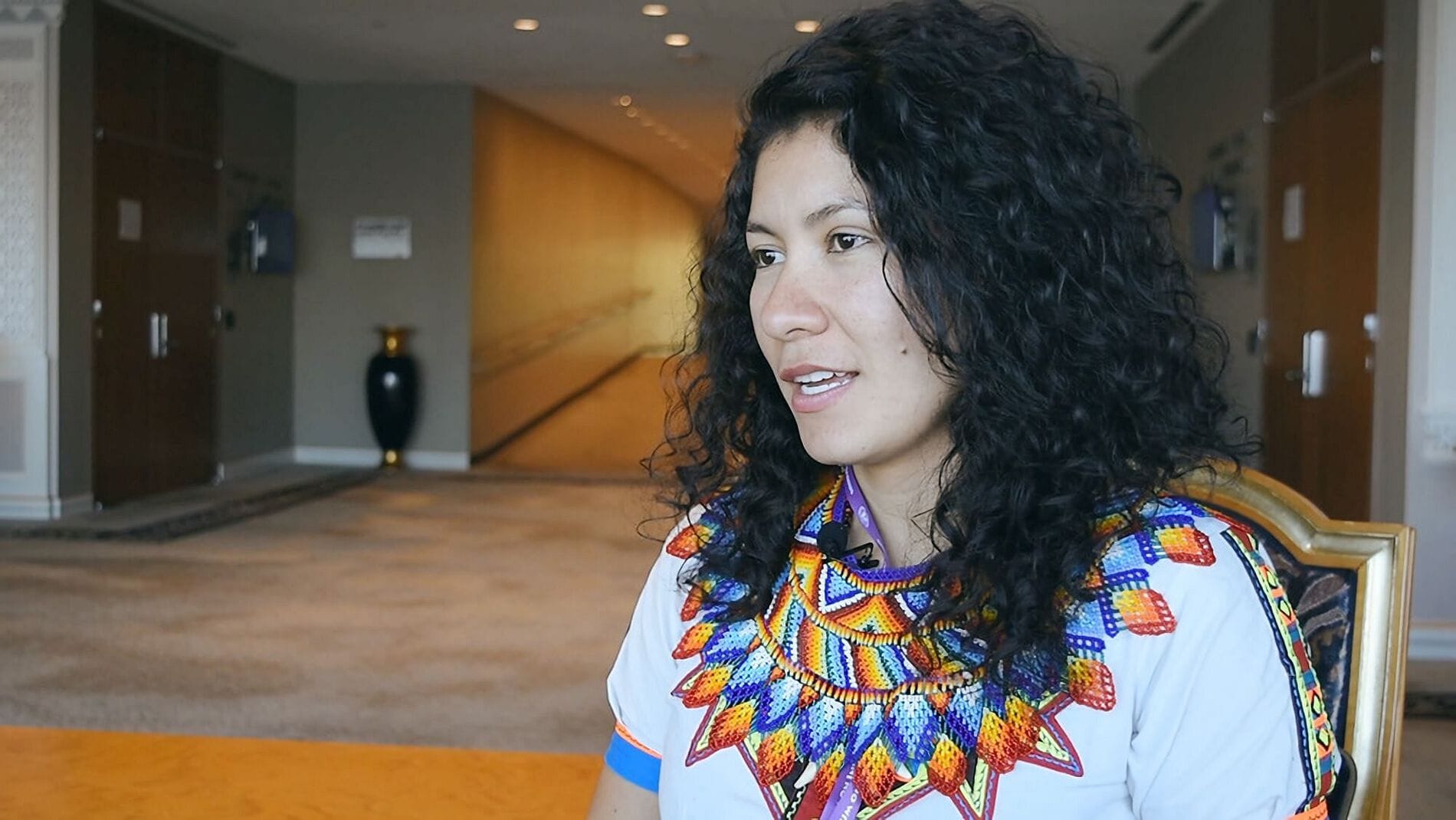 The evidence is clear: Indigenous Peoples and local communities have long been the backbone of the world’s environmental protection efforts, safeguarding what remains of our planet’s precious forests and natural resources despite mounting threats to their lands and their lives. While the full extent of communities’ contributions is unknown, recent studies have made strides in quantifying aspects of their impact: a 2018 analysis, for instance, finds that indigenous and local communities manage nearly 300 billion metric tons of carbon in their forestlands, while another study points out that they are investing substantially in conserving forests—up to US $1.71 billion in the developing world alone.

Yet despite their juggernaut role in the global fight against climate change, the achievements, concerns, and voices of Indigenous Peoples and local communities are conspicuously absent from many national and international agendas, as well as from societal discourse at large.

At the recent UN Permanent Forum on Indigenous Issues in New York, six indigenous activists and leaders from across the world took a moment to speak to the often unrecognized and under-appreciated contributions made by their communities for the betterment of society, and to address some of the most widespread and harmful misconceptions about Indigenous Peoples and local communities. The following interviews have been lightly edited for clarity.

“We are present. We are here.”

Indigenous Peoples and local communities customarily own over 50 percent of the world’s land, yet only have secure legal rights to 10 percent. “One of the most generalized misconceptions is that society, especially decision-makers, sees us as a people almost without rights,” says Levi Sucre, head of the Mesoamerican Alliance of Peoples and Forests (AMPB) and an indigenous native of Costa Rica. “That is, they see us as a people who do not enjoy the same rights as the rest of humanity, and that seems to me to be a very big mistake, because our rights are being violated.” 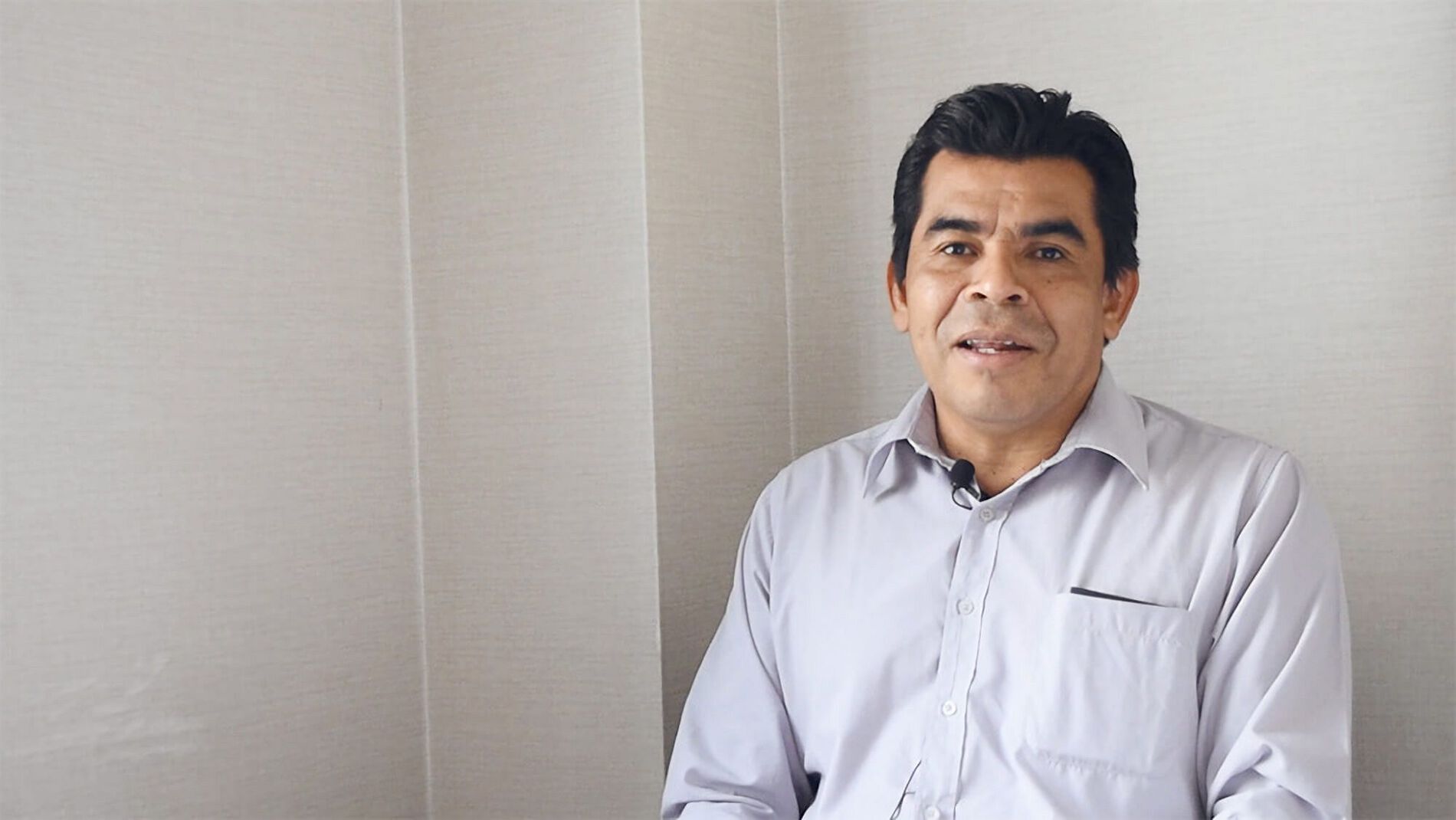 Rayanne Maximo Franca left her community at 17 to attend college in Brasilia, where she was one of a handful of indigenous students. Now 27, she is a seasoned organizer with the Indigenous Youth Network of Brazil and a representative of the Global Indigenous Youth Caucus. “Every day, being indigenous in a society that is so prejudiced, so racist, so discriminatory,” she says, “the fact that people affirm themselves as indigenous—in the society we live in today—is already an act of activism. It is already an act of self-defense.” 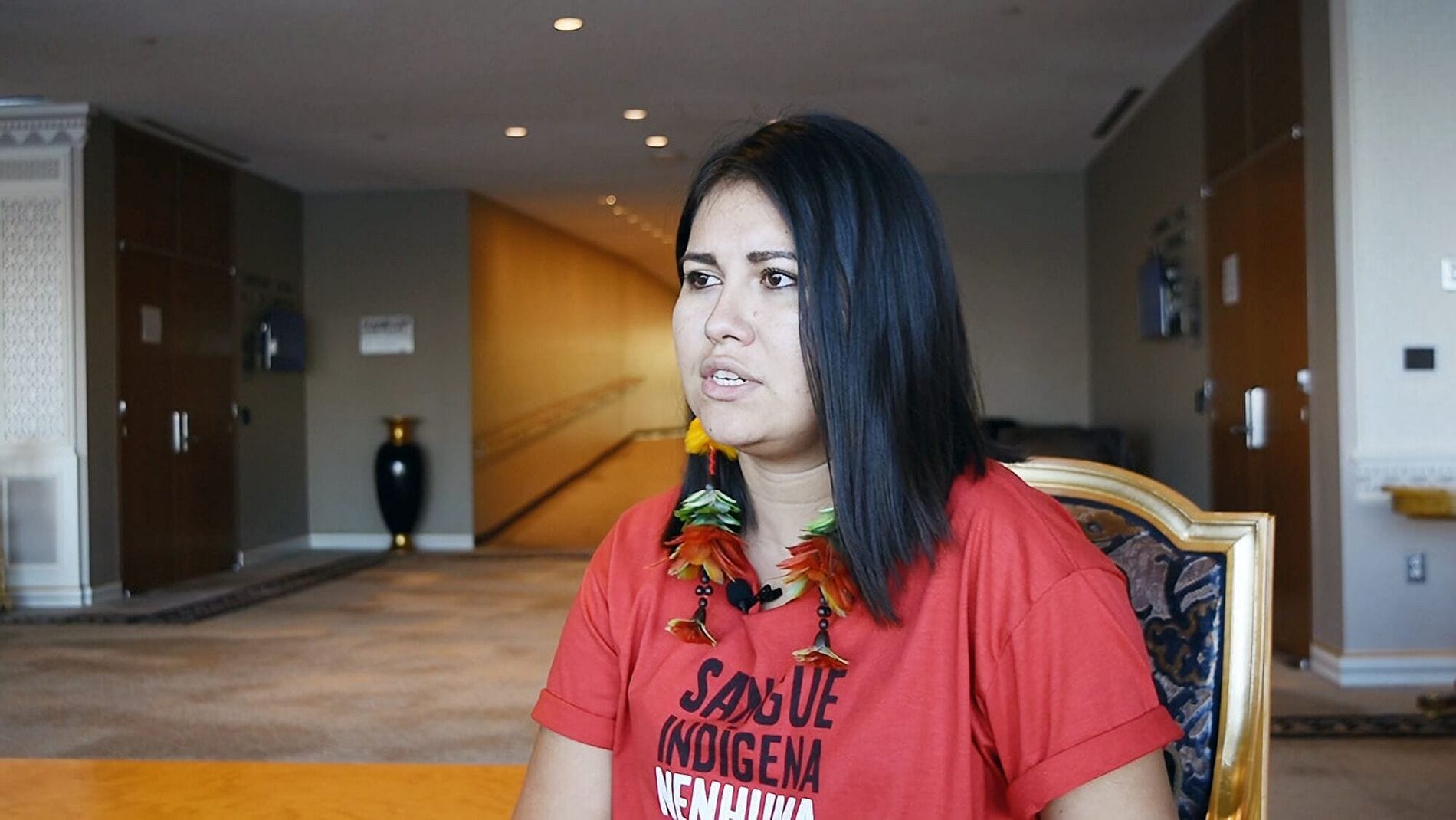 For Emberá activist Dayana Urzola Domicó, youth coordinator for the National Indigenous Organization of Colombia (ONIC) and a fellow Youth Caucus representative, the erasure of indigenous identities and narratives from mainstream culture is also a major issue. “Children are taught that Indigenous Peoples existed in the past, that they are in books… that Indigenous Peoples were exterminated,” she says. “But we are not those Indigenous Peoples who look beautiful in museums. We are not of the past. All those things that are articulated in the care of Mother Earth, of you as a person, your territory, your thought, your law of origin—those things are still alive. We are still here.”

“People think that Indigenous Peoples are people who do not have any knowledge,” says Hindou Oumarou Ibrahim, coordinator of the Indigenous Women and Peoples Association of Chad (AFPAT). “I think they are wrong. Indigenous Peoples, of course, didn’t go to western schools, but who says that going to school makes you different from others who didn’t go to school? Indigenous Peoples protect the planet. Our traditional knowledge uses a land-based, ecosystem-based approach.” She describes how Mbororo pastoralist communities, who are indigenous to Chad, use their nomadic lifestyles to conserve the natural environment: “We use one place to stay for two days, and another place for three days. That allows the natural resources to get regenerated in the natural way.” 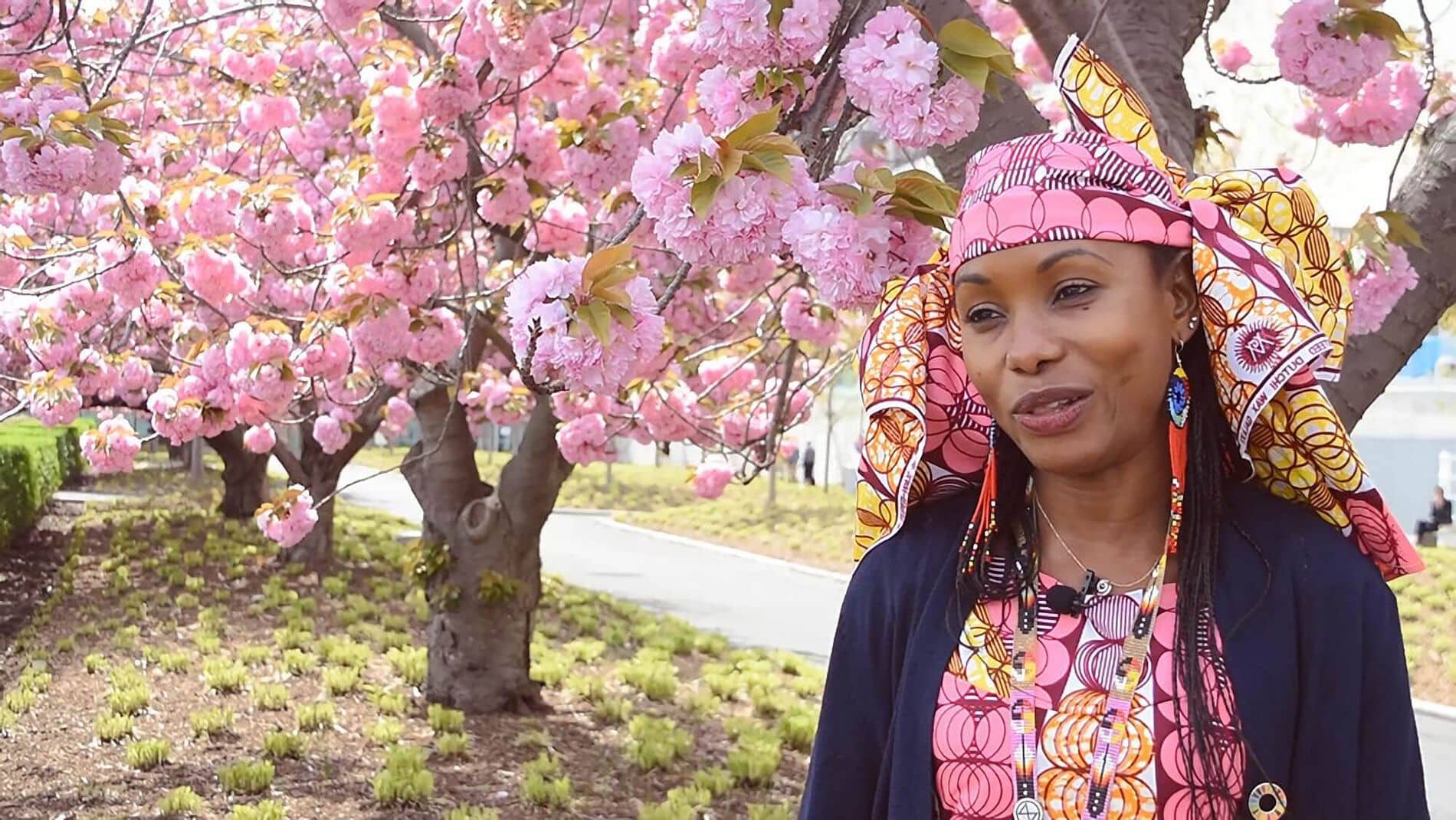 Joan Carling, co-convener of the Indigenous Peoples Major Group for Sustainable Development (IPMG SDGs), grew up in the mountains of the Philippines’ Cordillera region, where she spent her childhood playing in the forests. An indigenous Kankanaey, she has fought at the forefront of environmental justice for two decades. “Indigenous Peoples have been engaging in the climate change process because we believe we have something to contribute,” she says. “We have the solutions. We have the resilience. We have the knowledge that has been accumulated through time. Our elders know how to read the rivers, the behavior of animals. They use this to predict what’s happening in the environment.” 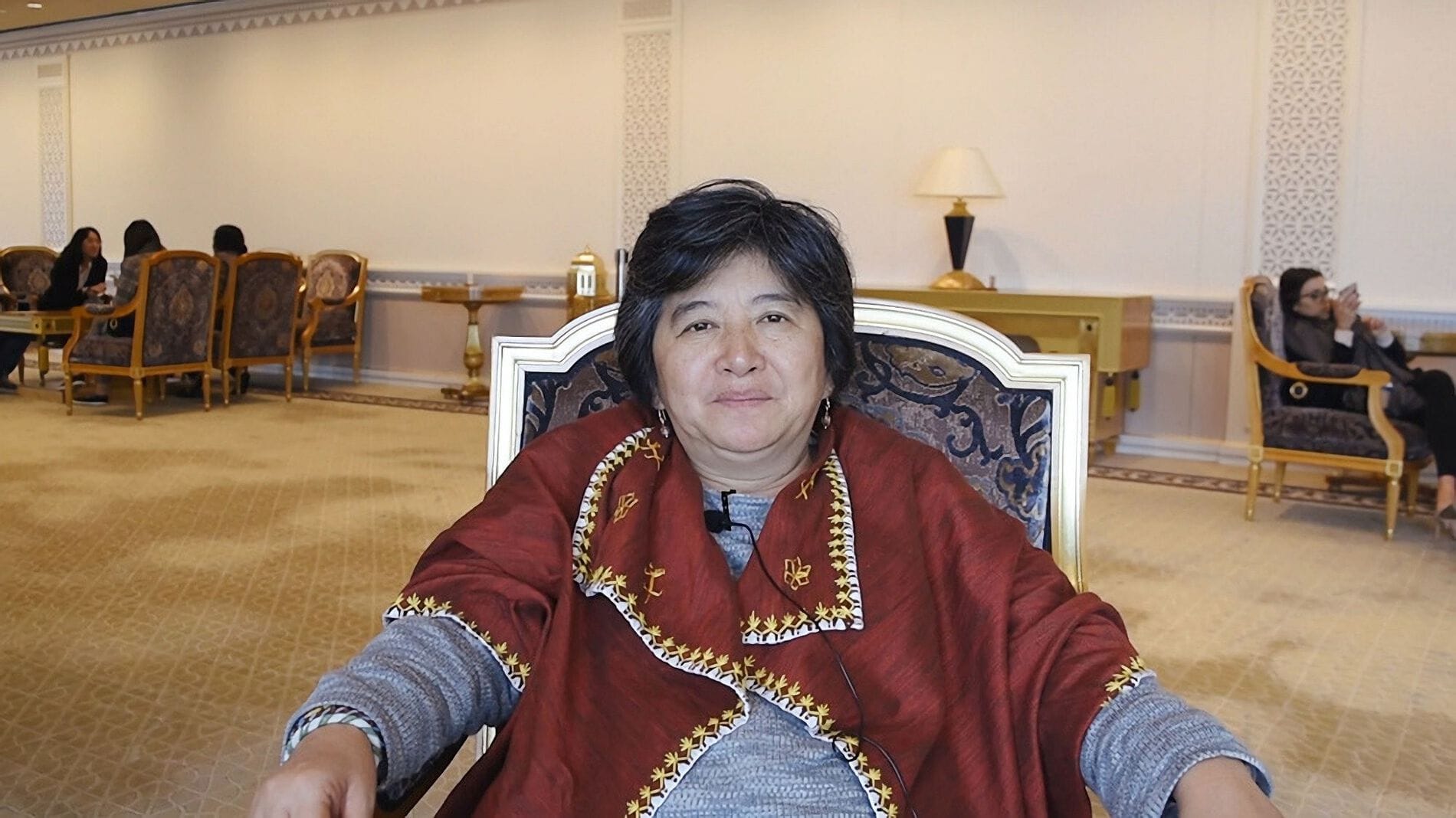 This traditional knowledge, explains Maximo Franca, is what has kept the world’s remaining forests standing. “It maintains biodiversity, it maintains the fauna, the flora, the animals… everything that the nature has, we are maintaining. And we are countering climate change.”

“This is what we are willing to put in front of the world,” says Sucre. “Learn from our ancestral knowledge and our ability to live well—buen vivir—in balance with nature. For many years, our people have managed to maintain a harmonious relationship between forests and humans. It is the greatest lesson that we give to the world, because climate change will not make racial distinctions, culture, color. It will affect everyone equally.”

“We are showing the way for sustainable development.”

The struggle to dispel a particularly harmful narrative—that Indigenous Peoples are blindly opposed to development projects, or an impediment to economic progress—is a universal one. “The biggest misconception about Indigenous Peoples is that we are anti-development,” says Carling. “That comes from the western view of development, that mining, dams, agribusiness are good for the people. But look: It has caused a lot of inequality. It is unsustainable. It has severely destroyed nature. It has severely polluted our lands and resources.”

In Colombia, as in many other countries, the unbridled expansion of industrial projects has led to the devastation of community lands. “Our territories are suffering from mining activities, from extractivism,” says Urzola Domicó. “Big multinationals and companies divert rivers, dry them, or even cut them off.” She holds up her arm and mimics constricting the veins. “When they close off the flow of a river, it is like tying up your vein. It means that after a while, it is going to rot your hand because the blood is not circulating.”

“But people call us anti-development when our aim is to protect these resources from this kind of destruction,” adds Carling. “With crisis after crisis that the world is experiencing with climate change—whose fault is it? It’s not Indigenous Peoples. We are, in fact, showing the way for sustainable development. We are for sustainable use of our resources so that the future generation has something to live for.”

Echoes Sucre on environmentally destructive projects: “In the short term, it looks like a development; but in the medium and long term, it will be the destruction of humanity.”

“It’s not just our lands that are at stake—it’s our very lives.”

2017 and 2018 have been among the deadliest years on record for environmental defenders, particularly indigenous and community activists, who are increasingly being targeted, harassed, criminalized, and even murdered for defending their lands from exploitation. “They are not fighting for their ego, or to get economic benefits,” says Ibrahim. “They are fighting for the identity, the survival of the peoples—the protection of the planet.”

For Rukka Sombolinggi, the head of AMAN, the largest indigenous organization in Indonesia and the world, learning about the struggles of indigenous communities outside her own was like “baptism by fire,” she recalls. “Twenty years ago, I realized that Indigenous Peoples were facing criminalization. Land grabbings were happening everywhere. The eviction of Indigenous Peoples—from protected areas, from national parks, from protected forests, from wildlife sanctuaries—took place in Indonesia. Today, that is still happening.” 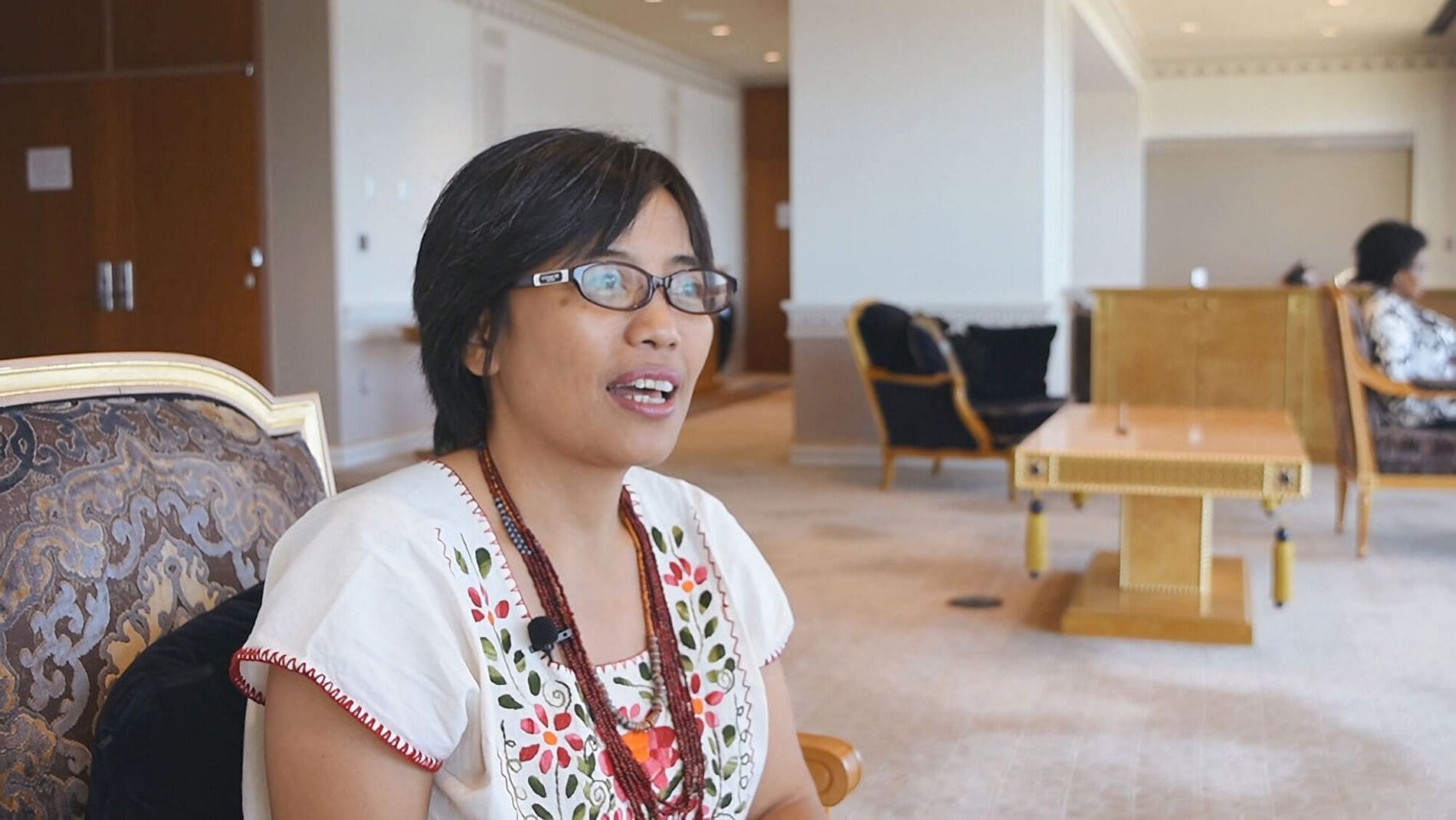 For Carling, the issue of criminalization is deeply personal: less than a year ago, she was falsely labeled a terrorist by the Philippine government alongside hundreds of other human rights activists. Though her name was later struck from the list, the threat remains.

“Thousands of Indigenous Peoples are languishing in jail,” she says. “We hear of indigenous leaders being killed simply because they’re standing up for their rights. It’s not just an issue of fundamental rights and freedoms, but it’s an issue of dignity, of the collective survival of Indigenous Peoples. Our role in sustaining the planet—we are being criminalized for doing that!”

Increasingly, governments, multilateral institutions, and other important stakeholders are heeding the urgent call to action to protect those who defend the world’s forests and lands. New campaigns, projects, and funds are underway to support initiatives to strengthen Indigenous Peoples’ and local communities’ rights to their lands. And the next generation of young indigenous leaders is joining the fight: “In Colombia, there is so much conflict that you have two options,” says Urzola Domicó. “One is that they kill your family and you are left without anything, and you die with your family. And the other option is that you go out and see how to defend your people, your nation.”